More than two million men and youth across sub-Saharan Africa have reduced their lifetime risk of HIV infection by accessing voluntary medical male circumcision, VMMC, services. This milestone—including more than one million procedures performed in the last two years alone—represents more than 15 percent of the 11.7 million VMMCs the World Health Organization estimates have been performed worldwide since 2008.

The effort has been supported by Jhpiego, a nonprofit global health affiliate of the Johns Hopkins University that has worked with the governments of East and Southern African countries since 2008 to implement VMMC as part of a comprehensive HIV prevention strategy aimed at interrupting the transmission of HIV to save lives. Studies have shown that VMMC reduces female-to-male HIV transmission by approximately 70 percent.

"Over the past three decades, the world has made incredible progress in its efforts to prevent and treat HIV/AIDS. Jhpiego is proud to have played a part in that progress, particularly through our support of two million VMMCs across sub-Saharan Africa," saidLeslie Mancuso, CEO and president of Jhpiego. "With the strong leadership and partnership of local governments and providers, and the support of the U.S. government, we look forward to accelerating the pace of change to create an AIDS-free generation."

Read the full article by the HUB here.

Jhpiego works and has a history of working across 40 international locations, including many in sub-Saharan Africa. Learn more about Jhpeigo here and where they work! 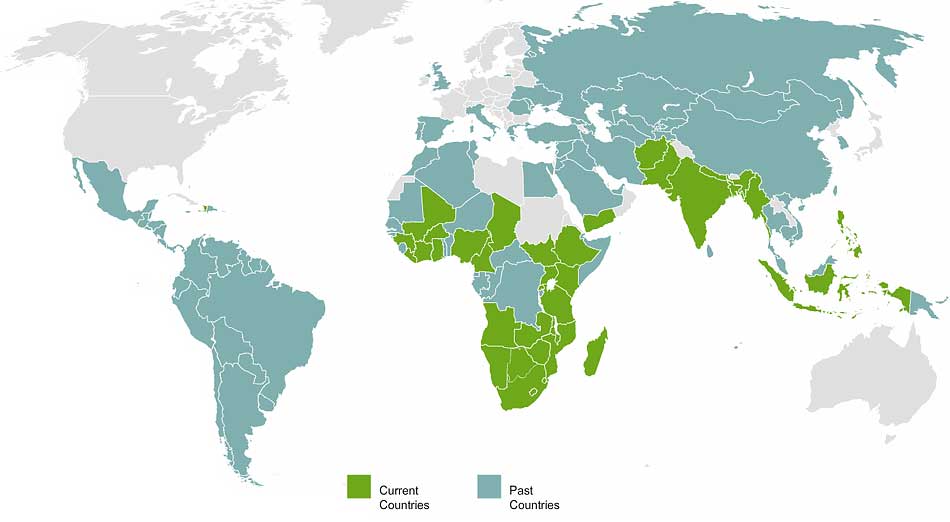