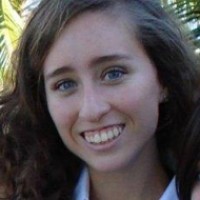 Epidemiology concentration and classes in the areas of global health, policy, and management

Generally, in the years following JHSPH, I plan to become a public health physician who remains involved in fieldwork and clinical research aimed at addressing issues facing resource-poor populations. My goal is to acquire an appointment at a US academic medical center and a non-profit clinic in Latin America while also keeping a hand in public policy. At present, my clinical interests lie in pediatrics and chronic kidney disease.

Seated with pen in hand, I was ready for the oncology conference to commence at the JHSPH. Since both of my grandfathers had developed cancer, I traveled to this conference to learn more about oncology. Instead, I found myself about to watch a video on obstetric fistula!! I was seated too far from the exit to leave quietly, so I stayed. The video graphically depicted African women living with obstetric fistula. Forced to have intercourse before age 12, prior to physical maturity, many young mothers were left with tears through which urine and feces would pass uncontrollably. The pungent smell had considerable social ramifications for these women. They were beaten and divorced by their husbands, and rejected by their families and communities. The film ended, lights went on, and I realized that I was attending a meeting among African physicians and representatives from the World Health Organization as well as the United Nations. That day, in the summer before my sophomore year of college, I made two discoveries. First, obstetric fistulas are preventable with proper care, as well as treatable with a procedure costing only $300. Second, I uncovered a field which I never knew existed- global health. After this point, I dedicated myself to learn as much as I could about global public health and to become an active member of the call to action.

After being inspired to pursue medicine and public health at a conference hosted at JHSPH six years ago, it has been my dream to study at the school of public health. Due to the rigorous coursework and dedicated faculty, after acquiring my MPH I will be equipped with research skills and fundamental knowledge of public health that will direct my practice of medicine. The Global Health Scholarship will not only allow me to complete my research project on chronic kidney disease in Peru, but it will allow me to continue my work in solidarity with resource-poor populations throughout my career.

My family!! As a child, I witnessed my mother, who was born in a rural village in Perú, relocate her seven brothers and sisters from Perú to the United States. My mother also told me of her two brothers and two sisters who died before their fifth birthdays, most likely due to contaminated drinking water fetched daily from the nearby stream. I watched as my grandfather in the United States received immediate and proper care for his cancer, in stark contrast to my grandfather in Perú who received minimal care resulting in his death.

Collectively, these experiences formulated my goal of becoming a competent public health physician. However, the energy to reach this goal came from the constant motivation given from my entire family, close friends, and dedicated mentors. Thank you for always challenging, supporting and encouraging me through this long and winding journey! Looking forward to what the future holds!