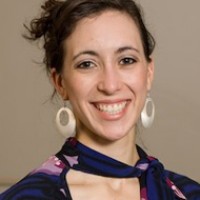 I would like to combine a practice in clinical medicine with public health activities in policy and advocacy, implementation of community health programs, and training of community health care workers in the setting of sub-Saharan Africa. Areas of additional importance to me beyond infectious disease are clean water/sanitation and women's health in an economic paradigm. Ideally, this would take the form of Director of Sub-Saharan Africa Division of the WHO.

As an undergraduate, I was interested in wildlife veterinary medicine. After my freshman year, I traveled to South Africa to take a course in Capture and Management of Large Game. While it was thrilling to chase large animals in the field, I was struck by the devastation that existed in the numerous shanty towns outside the cities. The incredibly high rates of HIV further contributed to the destitution because there were no treatment options with ART or for simple opportunistic infections, disabling numerous people and preventing them from being able to work. It was then that I decided to pursue a career in medicine and public health.

The Global Health Scholarship has allowed me to pursue a MPH at this outstanding institution despite my immense medical school loans. I am eager to take what I learn back to my medical colleagues as medical school frequently falls short in teaching about the larger picture of health. Additionally, this training will shape my career, allowing me to become more involved in policy and advocacy alongside my clinical practice. I can serve as a liaison between the policy and medical fields, helping those who make the decisions understand the most relevant issues to improving the health of populations.

Dr. Truman Anderson, my mentor and director of the James Scholars Program, is truly an inspiration to me. After earning his MD and later his PhD, he spent many years working as an infectious disease specialist at the county hospital, focusing on public health issues, sacrificing a more lucrative career in private healthcare. He was a leader in his field and was contemporaries with Salk and Sabin. His wealth of life experiences and extensive knowledge base served him well during his tenure as UIC Medical School Dean. He continues to impact a larger community through his public health advocacy in Chicago and beyond despite being an emeritus several times over at the School of Medicine.