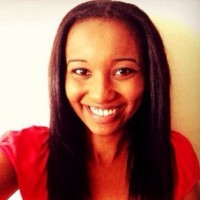 Strengthening health programs at the community level can play a vital role in addressing the health situation of the hundreds of millions of people living in poverty. Community-based approaches allow Community Health Workers (CHWs) to reach people in need of care in their homes and to provide a kind of psychosocial support that may be absent in clinic-based care. The critical barrier this proposal addresses is the limited utility and effectiveness of household visits by Malian CHWs (relais in French) in routine programs, in Sélingué Health District, 1.5 hours south-west of Bamako, Mali near Lake Sélingué (http://en.wikipedia.org/wiki/Lake_S%C3%A9lingu%C3%A9). We will design and pilot test an intervention package to 1) increase completion of two malaria treatments during antenatal care for pregnant women; 2) improve transport to referral care for women with maternal health emergencies; and 3) promote respectful care and improved counseling by health workers for women during pregnancy, labor and delivery.

Living in Bamako this summer was eye-opening. In two short months, I learned more about the power of Islam, the undeniable strength of women, the necessity of riding a motorcycle (but, without a helmet, like a true Malian), and the sincerely charming bonds created simply by telling someone your name in this country. Writing this reflection now, and reading my journal from this summer again, I realize that I have learned even more about myself, and Mali, than I had expected.

On the surface, my summer was not particularly exciting everyday. I worked in one “office,” also known as the canteen, or lunchroom at the University of Bamako during the week. Each day, we, the Americans, tried to work by a 9-5 schedule (or something comparable to our work schedules in the US), but this almost never happened. That is because the Malian lifestyle is completely different than that of the US. Instead, on most days, I would come into the office far later than intended, having long conversations with the guards, my favorite women at the market, or students I passed along the way about life, work, or cracking jokes about who’s family eats beans based on our names…For the record, I was a Coulibaly, the most teased name to have in Mali because Coulibaly’s are the most common (and the best). This was a key facet of my experience. In Mali, I never had any  “hey, how are ya-good, great” conversations in passing, where individuals barely give each other eye-contact or show interest in another’s response like the social norm of our society in the US. Instead, I found a community in Mali. People, who everyday, in the face of greater social problems at play in their country, like supporting large families with less than a few dollars per day, being unable to attend schools, living without electricity and even running water, still seemed more at peace and genuinely happier about their lives than most people that I know in my life. I found this to be so telling of the judgments we make as people about what it means to live a happy, and fulfilling life.

However, something else that greatly moved me and has had a lasting impact on how I feel about my experience was the fact that so many of the Malians that I met assumed that I felt bad for them. At first glance, everyone knew that I wasn’t from Mali—I was called “blanche” in public, which means white in French, ironically the one word that no one would ever call me in US. I was called “blanche” because not only was my skin visibly lighter than the average Malian, but also because of the clothes that I wore, or the pace at which I walked (too hurriedly for any Malian, which I was consistently teased about). I thought this was baffling. As soon as I said I was from America, the endless “ahhs,” rang in and I was being interrogated about why I would ever come to Mali from “le merveil du monde,” or “the wonderland of the world” in French. Despite how much these people clearly love their nation, they were still so concerned with my “honest” opinions of their country and if I would ever actually return. My immediate response was, “of course, I love it here!” I couldn’t even believe that everyone was asking me this… I told myself that maybe it’s just how strangers react to foreigners and I shouldn’t think too deeply about it. But, I’ll never forget the day that I was visiting some of the tourist attractions in Bamako, such as the Tour of Africa and the national zoo/botanical gardens, with my closest coworker at the School of Public Health, Yaya. He stopped me in the middle of us walking to apologize about the muddy road we had just crossed because I broke one of my flip-flops. I asked him why he apologized and in French, he tried to reassure me by saying that “ don’t have to be polite with [him], it’s ok…in America there are no roads like this. People aren’t living like this. We still have a long way to go in our country.” This comment made me so angry, especially coming from Yaya, who is one of the most prideful people I met in Mali. He always spoke so lovingly about this place, I couldn’t believe that he would make such an assumption about what I “truly” must be thinking living here. I immediately explained to him that he didn’t need to apologize to me about an unpaved road because we have them too in America…like any place in the world. We also have an enormous homeless population, living like many individuals in low-income countries or parts of sub-Saharan Africa, again, not just Mali. America is far from perfect, and if anything, I learned more about that and the false “flawless” image that our country is perceived to be by our fellow citizens of the world. I will always remember this conversation with Yaya because it was yet another example of where I struggled to address my privilege of being an American to Malians, and also to myself. In America, I am considered underprivileged, because I am a Black, female, from a refugee family, where no one has gone to college or received any formal education. Yet, in Mali, I was held to an unthinkable standard, where so many people wanted more than anything, to live a day in my life, free from the unjust and unfair living conditions that they have had to deal with. This inner-conflict is something that I still battle with, and have encountered in my previous travels, but never as strong as it was living in Mali this summer.

To sum up my experience, I would say that living in Mali truly put everything into perspective. From a public health stance, one thing that struck me greatly is how women here still have limited rights and freedom, even when it comes to their own health, compared to men. From a human rights perspective, I watched small children lead donkey carts and packs of animals larger than themselves into the fields, demonstrating how most of these kids have to grow up much sooner than their counterparts in other parts of the world. But, from a holistic perspective, despite these systematic obstacles, I learned that Malians have authentically happy lives. It was so humbling.

“Le point de vue”—This is the top of a hiking trail located nearby our compound in Point G. If you go down this trail, you can see an amazing view of Bamako. I took this photo during my first day in Mali, where I also met the four boys in the photo, who insisted on me taking their picture I love this photo because it illustrates how beautiful the greenery in Mali truly is: 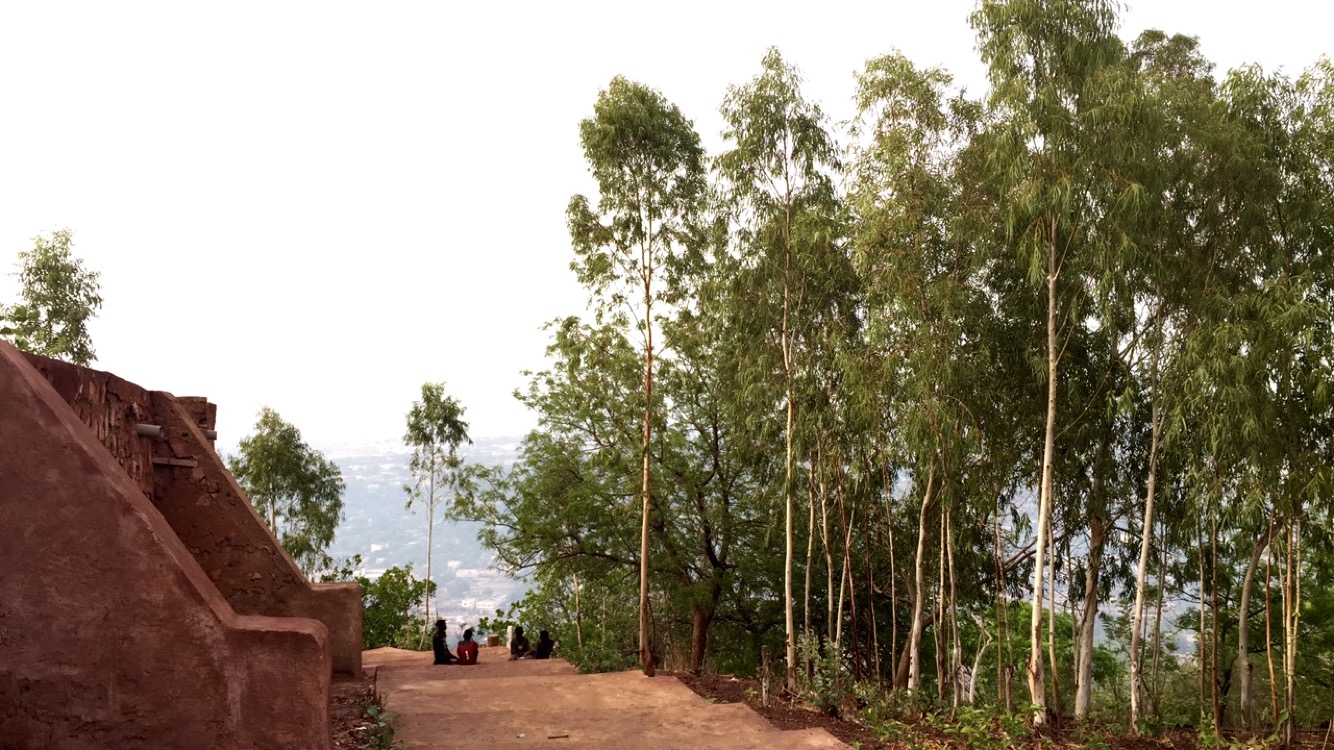 “Le cours d’anglais”— I taught an English class once a week to a group of medical students at the Point G hospital during the entire summer. This is a photo of me and some of my favorite students on our last day of class: 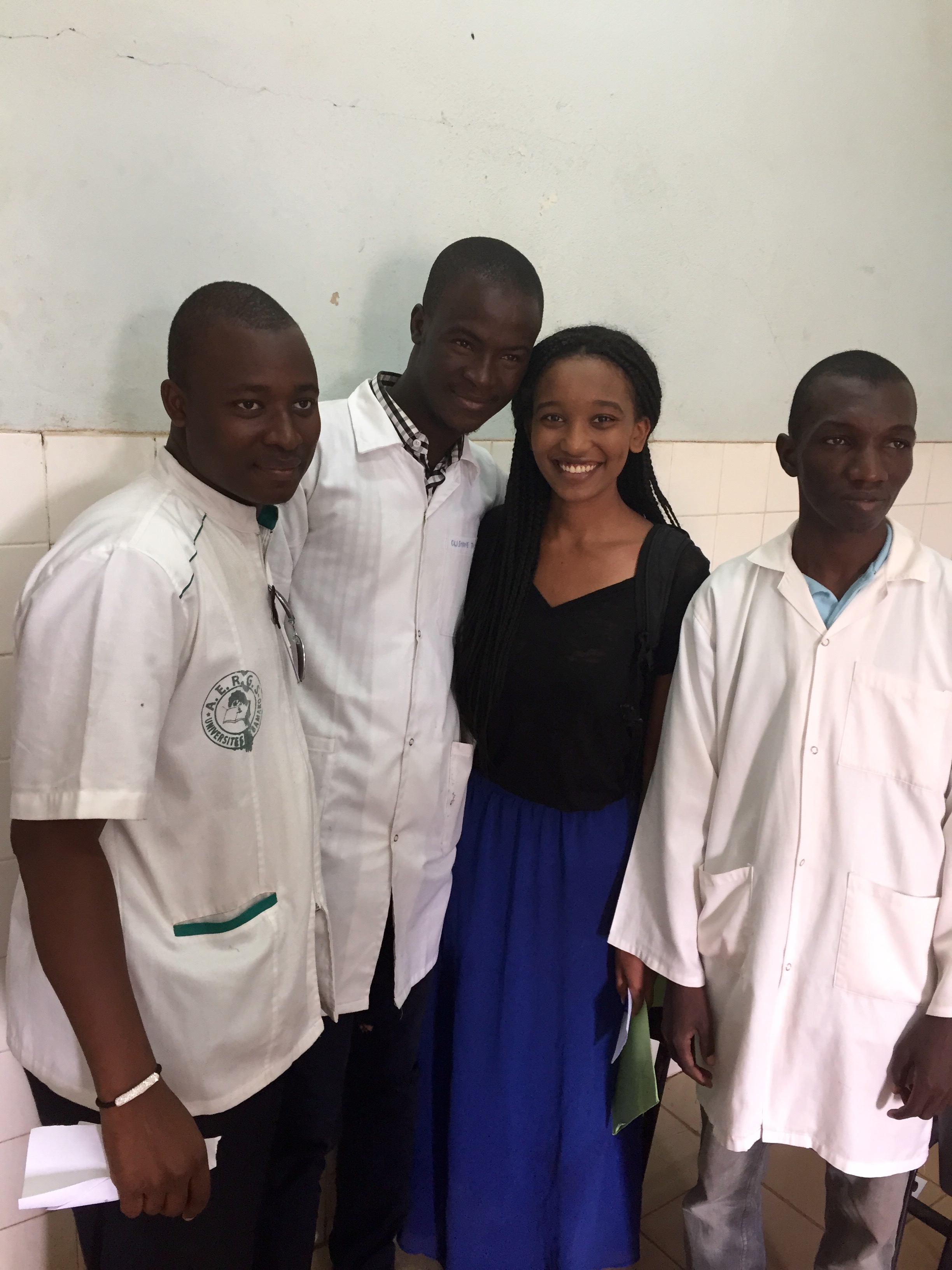 "Le grand marché”— I took this photo in the middle of crossing one of the crazy streets in the Grand Marché... I love this photo because it illustrates a typical day in the life in Bamako: motorcycles, buses, cars, and people everywhere, attempting to get to one place or another while making some sort of a profit (by selling goods or merchandise) along the way: 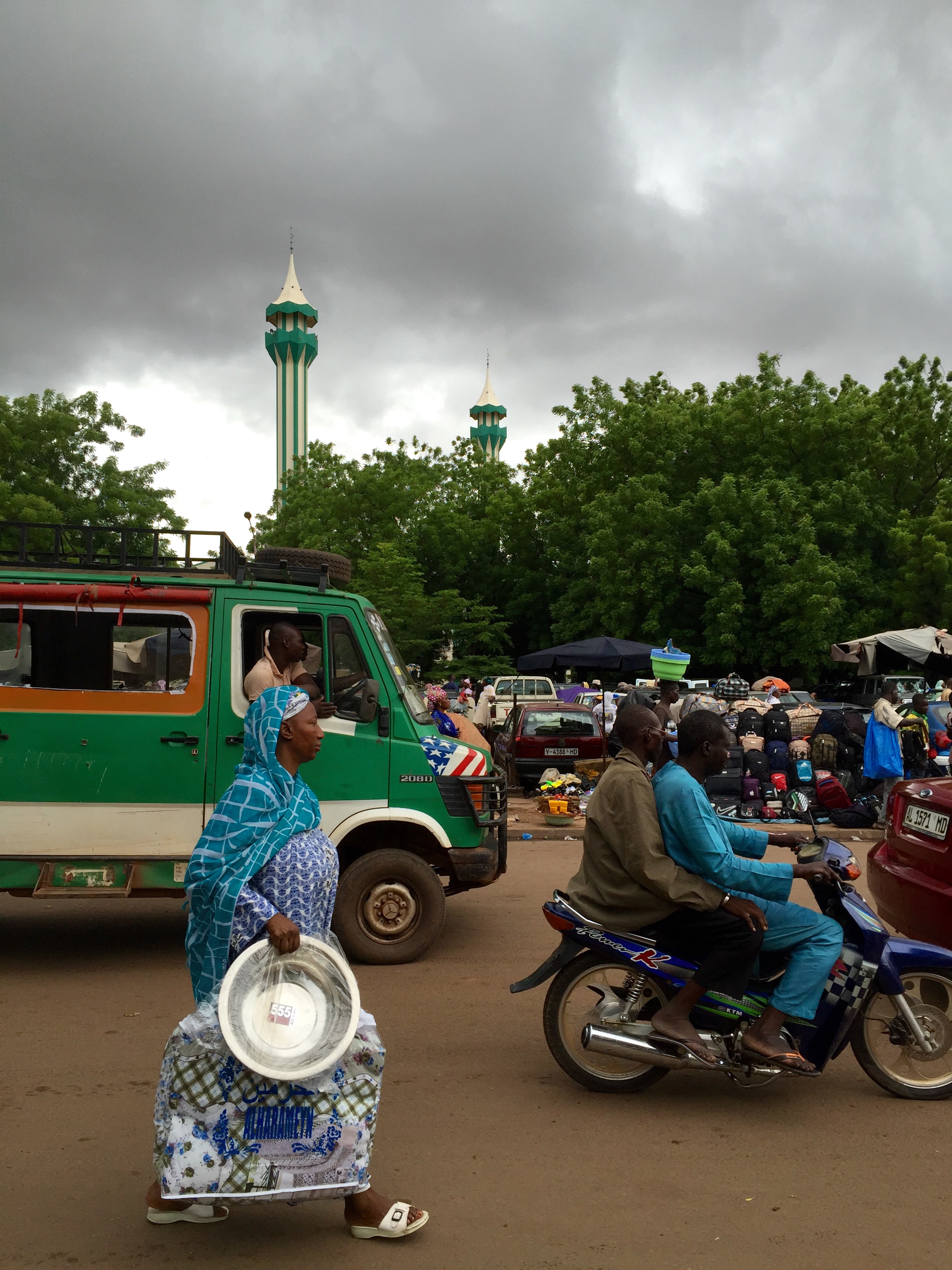 “La grande mosquée”— I took this photo at the grande mosque after a typical Friday prayer during the rainy season. As a muslim nation, mosques have an incredible influence on the daily life in Mali: 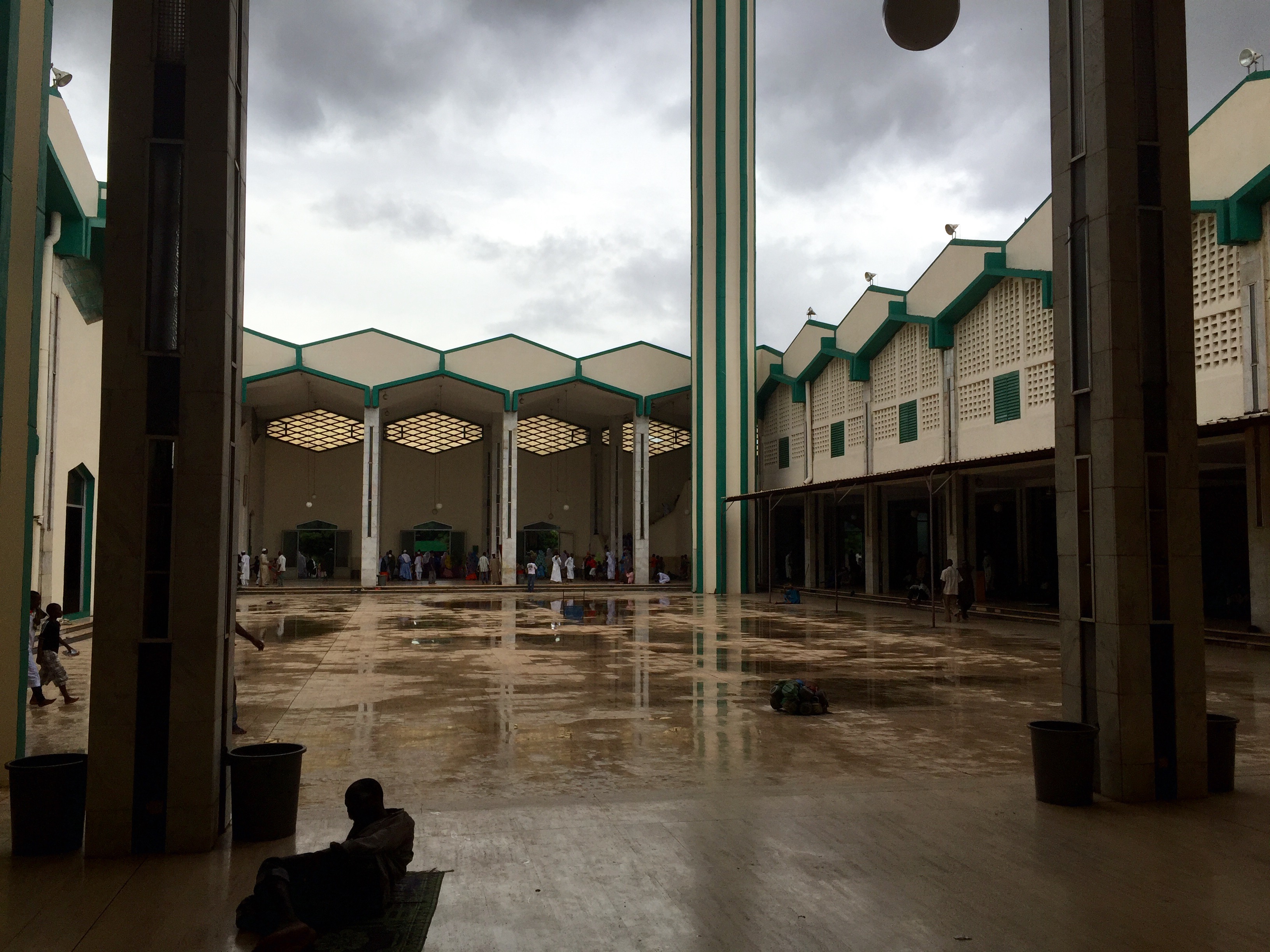 "Sibibougou (Sibi)”—This photo was taken after my first time rock-climbing in Sibi (an area outside of Bamako): 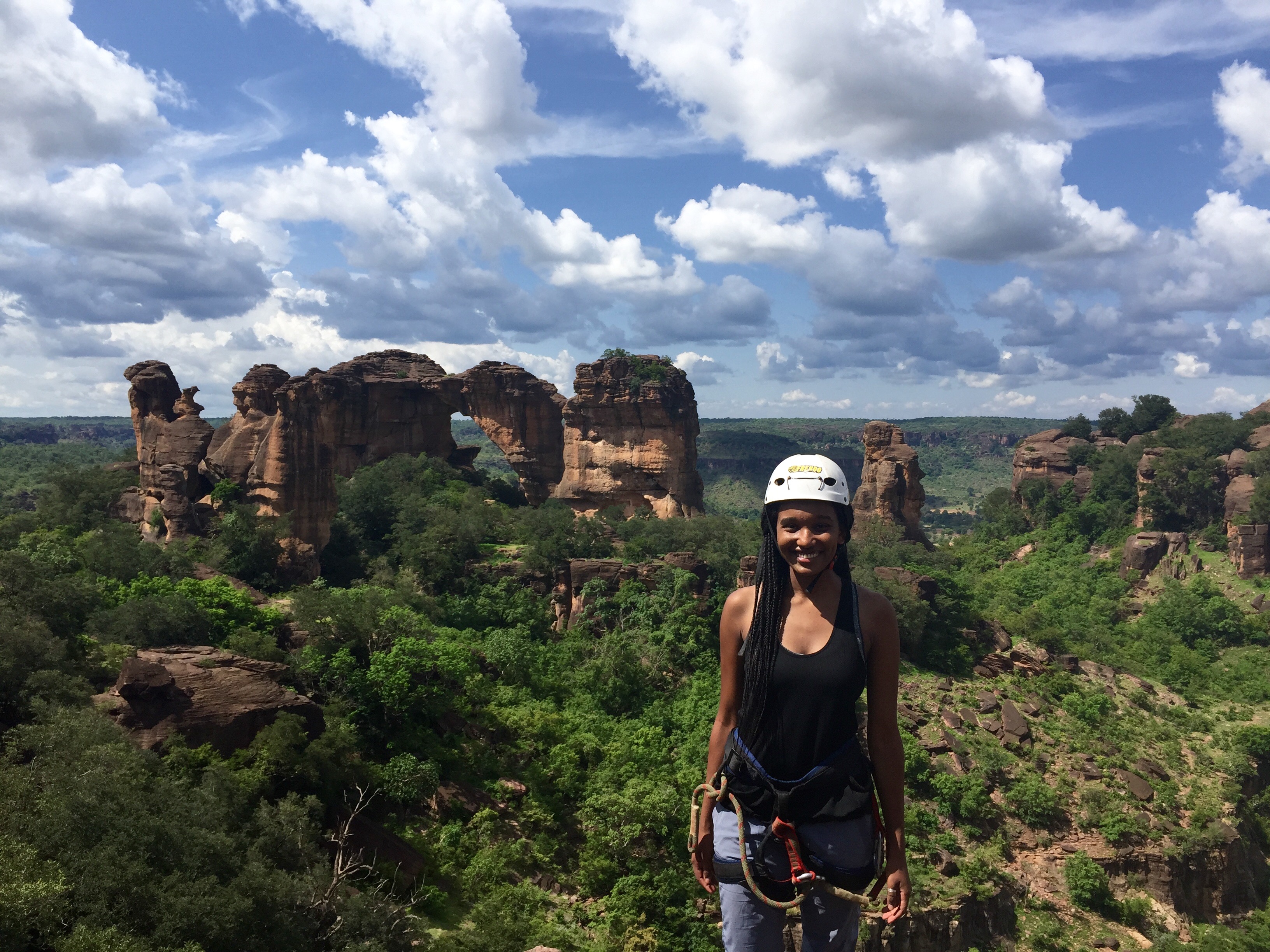 “La mosquée de Badalabougou”—I took this photo during a “mosque tour” that I set up with one of my Malian coworkers from the School of Public Health. I think this photo illustrates what I learned at the end of that day: no matter where you are in Bamako, you will find a mosque: 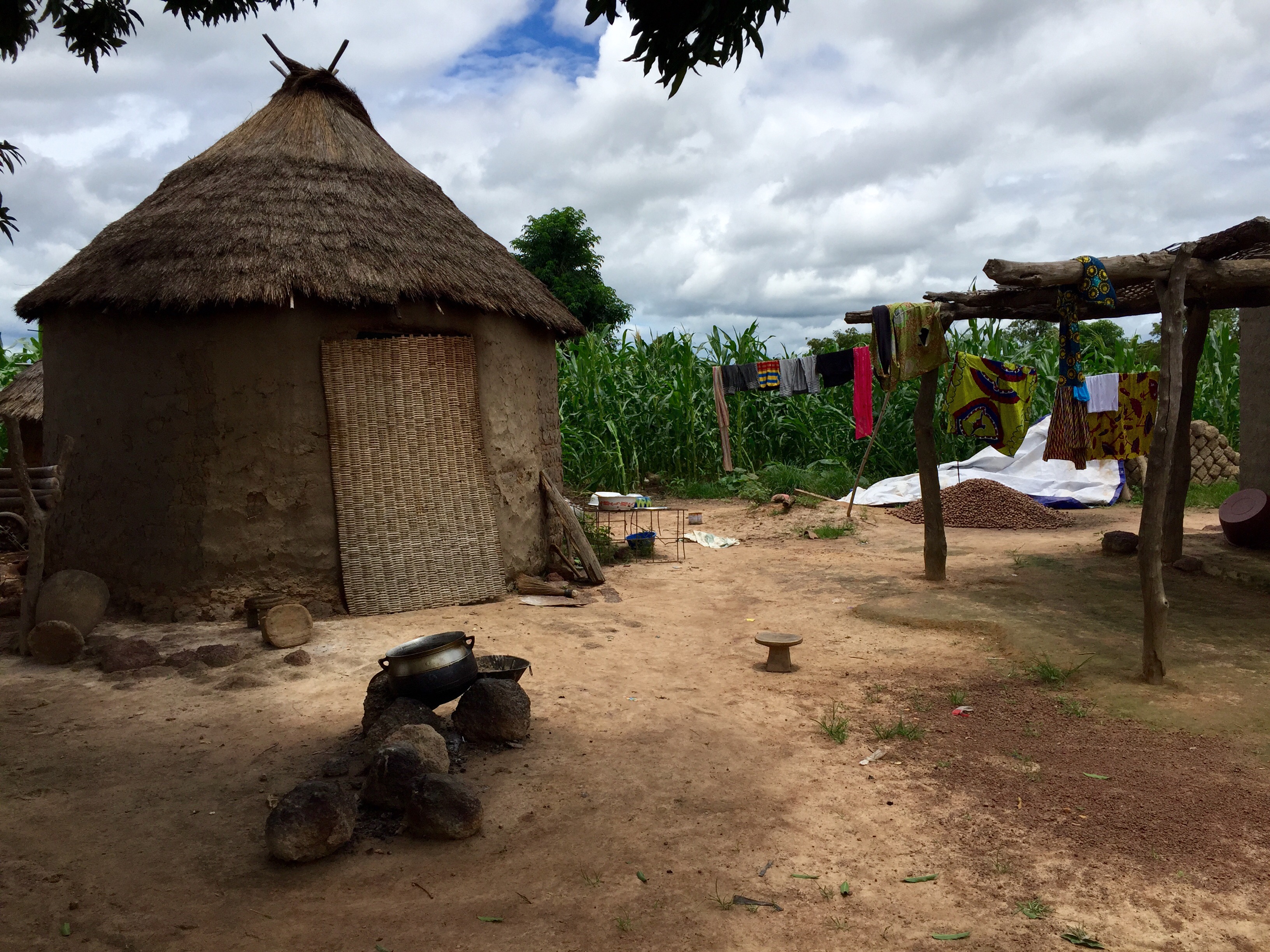 “L’hôpital du point G”—This is a photo of me at my favorite building in the Point G hospital on my last day in Mali. I love this photo because “hospital” isn’t really the first thing that comes to mind when you see it…again, I think it highlights the beautiful scenery that can be found all over the country: 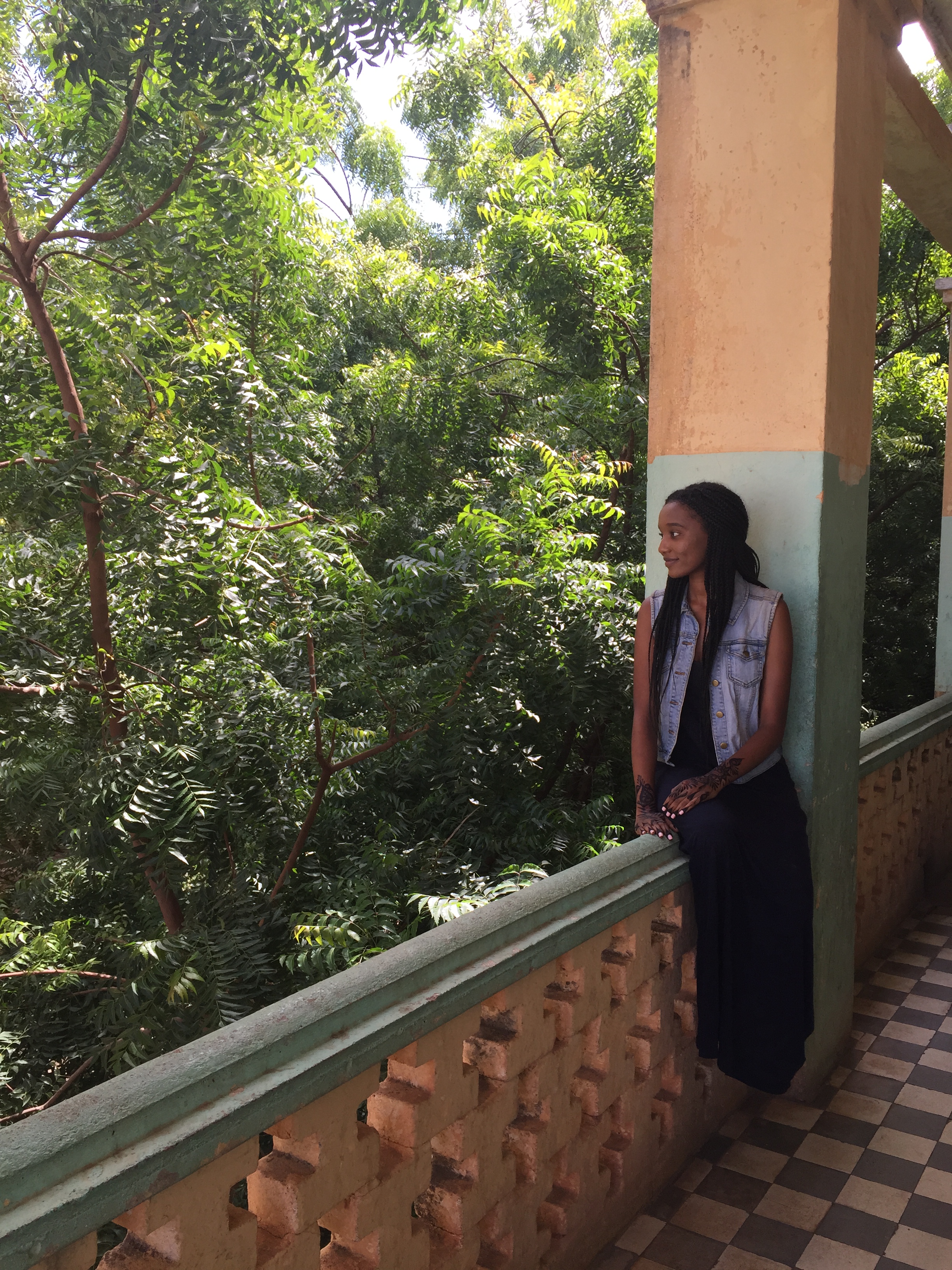