Non-communicable disease (NCD) account for more than two-third of all mortality and DALYs in most of the countries in WHO South-East Asian Region, home to almost 30% of the world's population. The four major non-communicable diseases, cardiovascular diseases, cancers, chronic respiratory diseases and diabetes mellitus account for majority of the NCDs and four major risk factors (tobacco use, harmful use of alcohol, unhealthy dietary practices and physical inactivity) contribute a large proportion of burden from these diseases. Regular monitoring of these risk factors at population level and evaluation of the policy and programmatic interventions put in place to address these risk factors are must to inform any public health efforts to control NCDs. WHO-SEARO is helping countries of the region to put in place surveillance system for NCDS and help them to analyze and interpret the data to inform policies and program. The aims of these periodic population-based surveys are, 1) track trends (in different population groups) in the key risk factors underlying major NCDs; 2) track trends in access to early detection and treatment services for key risk factors (hypertension, raised blood glucose and cholesterol level) and selected cancers; and 3) assess coverage and implementation status of key policy/programmatic interventions at the population level. Two key large scale population level health surveys -National NCD risk factor surveys (STEP surveys) and Global Youth Tobacco Surveys are being implemented 3-5 countries in next 6 months and students are expected to work and support this work to analyze and interpret the data in the specific country context.

Never have I seen disparity at this scale until I came to India. I lived a life of apparent privilege as a student interning at a reputable international organization – WHO, while every day I see the reality of the people we are trying to serve and those are the moments that ground me on my path and what I cherish most in my career.

Seeing the work being done in a multi-lateral agency allowed me to comprehend the global health governing structure at the front line and saw how research impacts guidelines and how guidelines inform policy. Even though I have long learned about the role of WHO, it wasn’t until this experience that I fully grasped its function. Although I was situated in New Delhi, my day to day work involved communication with relevant personals at the Ministry of Health of 3 other southeast Asian countries, Bhutan, Nepal, and Bangladesh. I saw the great trust each country has for this organization that can be limited for other private agencies. WHO is a great avenue to bring about change and build capacity at the national level but I also saw its limitations.

Non-communicable diseases are becoming a major concerns in low and middle-income countries due to the epidemiological shift in recent years. While some countries are still trying to reduce poverty and hunger, many are now faced with the double burden of non-communicable disease that takes an additional toll on the health system as well as productivity. This creates tremendous difficulty for countries to quickly establish action plans and roll out policy and efforts both due to a lack of prioritization and resources.

At the South East Asia Regional Meeting for accelerating progress in Non-communicable diseases, despite efforts from the regional office to provide support and training to tackle NCDs, the variable levels of country capacities and different inhibiting factors proved it was difficult to establish future plans and targets. Nonetheless, regional offices have limited resources and could not assist every country in its unique way.

On the other hand. I also got to visit and experience grass-root work from both my supervisor and a colleague which became two of the most memorable experiences in my entire time in India. My supervisor, built and ran a primary school for underprivileged children in Delhi and aim to use this as a means to generate change in Delhi’s education system that neglect quality of education in public schools that serve the slums due to discrimination. Her dedication to these children were admirable as this would consume all of her time outside of her work at WHO. My other colleague, has been collaborating with a local NGO in southern India that helps to rebuild communities after disastrous flooding’s during monsoon. She is the public health consultant who’s current project is empowering a group of indigenous girls through photovoice exhibitions to give them a voice and build confidence. The ultimate goal is to empower them to speak up and communicate with local authorities for post-disaster needs as well as emergency preparedness in addition to personal female empowerment.

This was an affirmative experience that exposed me to the versatile ways I could contribute in the field of global health and how there is more than one way to bring about change. 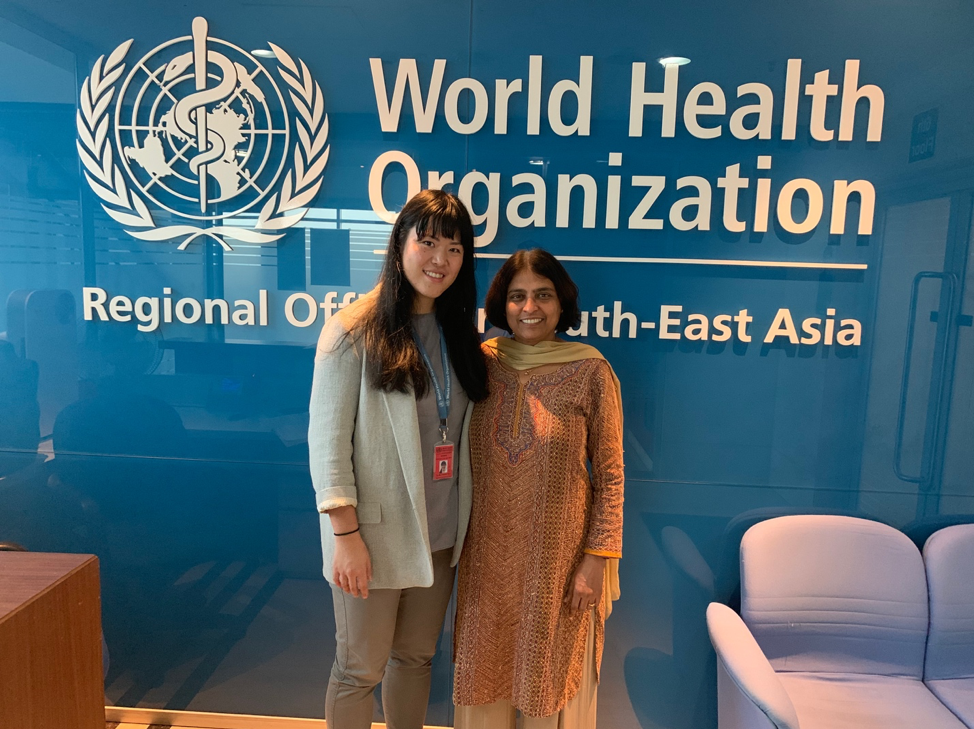 Photo with my supervisor on my last day. 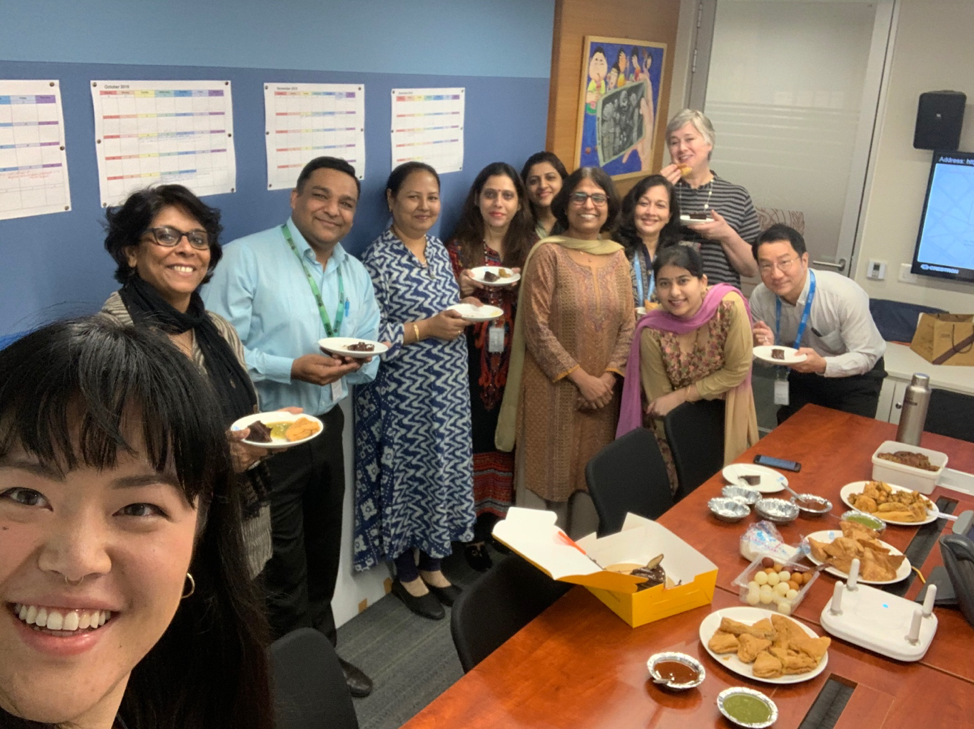 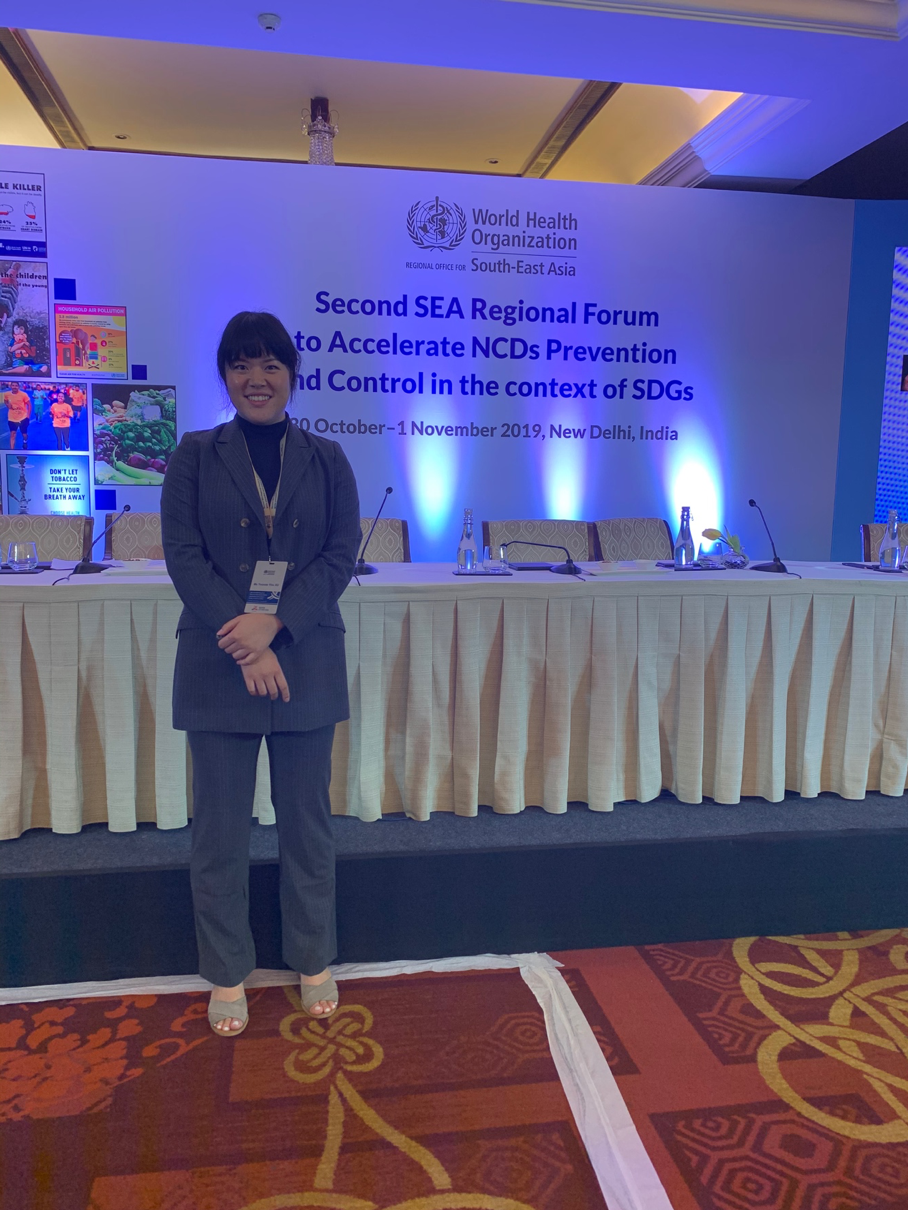 I became the note taker for the Second SEA Regional Forum  to Accelerate NCDs Preventions and Control in  the context of SDGs. 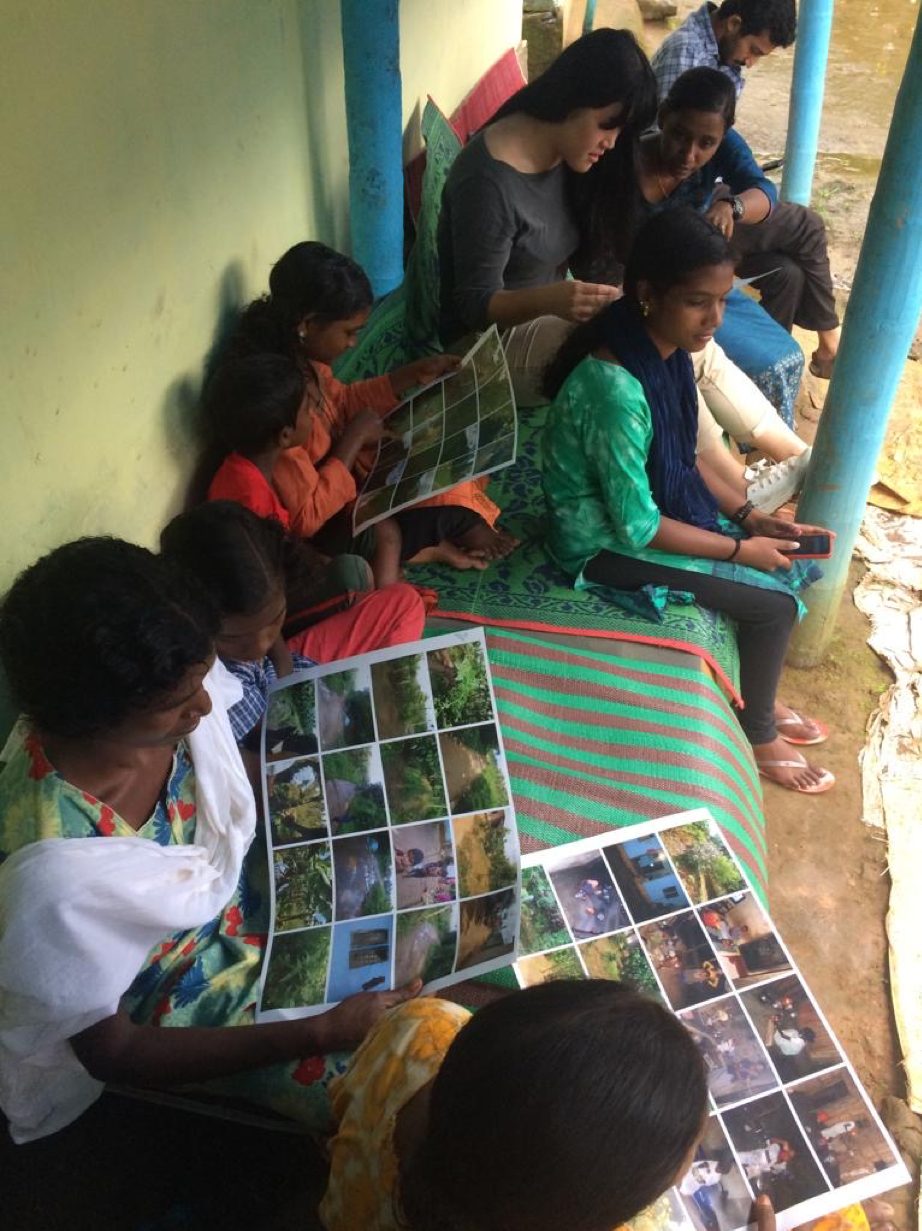 Looking at photos taken by indigenous girls in a local community in Wayanad, Kerala, as part of a post-disaster rebuilding project. 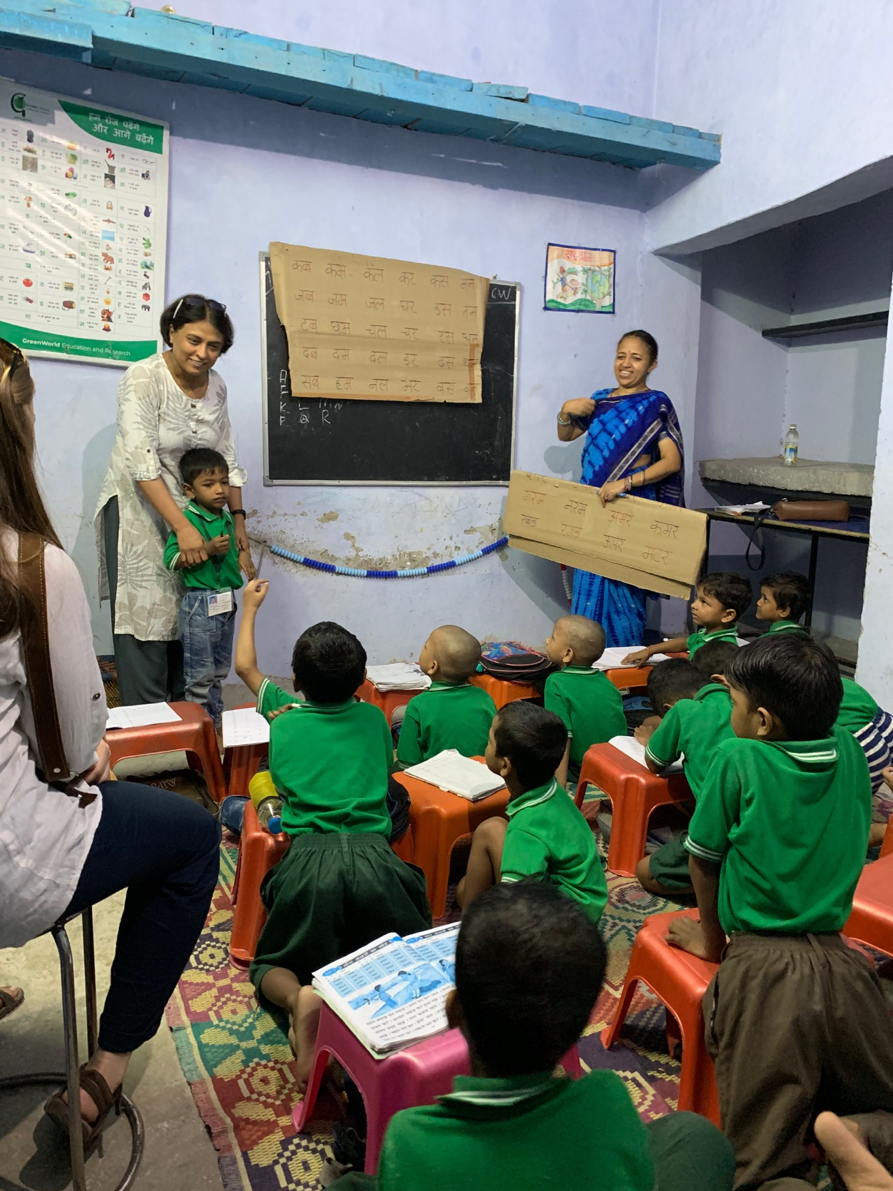 Non-for-profit school run by my supervisor serving under-privilege children in the slums of Delhi.