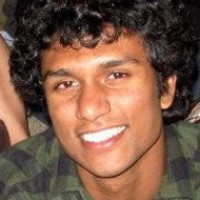 An estimated 72,945 children under the age of 15 are living with HIV in Ethiopia today. The introduction of Antiretroviral Therapy (ART) is transforming HIV from a life-ending diagnosis into a chronic disease. With this transition comes hope, but also a new set of challenges. HIV positive youth may struggle with shame, isolation, and depression. These feelings may be further exacerbated by the loss of one or both parents. Comprehensive care for HIV positive youth addresses these struggles and includes age-appropriate education, development of coping skills, and psycho-social support in addition to medical care. These skills can help improve quality of life, increase adherence, and curb disease transmission. Programs throughout Africa have successfully addressed these needs by establishing teen clubs or Youth Centers. We have started establishing Youth Centers at different hospitals in Addis Ababa and SNNPR region of Ethiopia to address the unique needs of HIV positive adolescents aged 10-16. The main gols of the Youth Centers are to provide psychosocial support to improve quality of life, to promote treatment adherence, and increase involvement of parents. Interns will work at these Youth Centers to help enhance comprehensive HIV care and assist with critical psychosocial support.

As I sleepwalked out of my flight upon landing at Bole International Airport, the vibrancy in the atmosphere, the chatter of a language I didn’t understand, and the long line at the visa counter awoke me from my reverie and allowed me to smell the fresh aroma of Ethiopian coffee in the air, a scent I would know all too well during the next few months.  I was back.

Well, not quite exactly.  Having spent the previous spring in Kenya studying abroad (only a couple weeks before I landed in Addis Ababa) I was back on the continent that I called home for the last four months.  Having had the best semester of my college life while I was studying in Nairobi, one would think that I would be thrilled to be back in East Africa, to explore another country.  But, if I felt anything, it was hesitance.  I no longer had the safety net of being with other American college students that I had in Kenya, the fantastic lectures and amazing site visits that were scheduled out in a nice, neat itinerary. No, the next couple months would be filled with work, and structure, and ritual—the professional life, not the student’s.  The weeks leading up to the date of my departure were full of apprehension as to whether I could transition from an educational mindset to a primarily work-focused one.  As it turns out, I probably should not have been worried at all.

The work that I was allowed to do with the HIV-positive adolescents that I met was simply astonishing.  Essentially, my job was playing with these kids, albeit in a way that would engage them creatively and allow them to network with each other interactively.  Of course, there was ‘real work’ that always needed to be done.  Yet, the construction of lesson plans, the attendance and bookkeeping of our kids, and the acquisition of supplies really felt like a step up from the typical paperwork characteristic of most office jobs.  Undoubtedly, there were some times when the work seemed daunting.  My dearth in language proficiency made the local Amharic far above my intellectual grasp, and with only a few of our kids being able to speak fluent English, verbal communication between us and the children was extremely limited.  Another adjustment was getting used to the culture; despite my four months in Kenya, ‘Africa time’ and the endemic nonchalance that marked Ethiopia were frustrating now and then.  But behind each of these clouds was always a sun (which is what tsehai means in Amharic).  The lack of communication in speech forced us to use alternative methods that included gesticulations and broken phrases in each other’s tongue; in the end, the kids and I understood each other, a pretty heartwarming feat that portrays that language is not a necessity in being able to understand one another.  Ethiopian culture, too, gradually became less of a foreign object and more of an integrated part of my daily life.  Their culture became my culture.  I embraced the crowded, but fun, mini-buses to and from work, the injera and shiro and tibs that became frequent parts of my delicious meals, the periodic light drizzles that defined the country’s rainy season.  Though these adjustments may sound like a lot, living where I worked allowed me to actively engage (and enjoy!) the new environment I was in.  Addis was not just a place where I worked.  Like Nairobi, it became home.

Addis Ababa—or Addis, as it is known colloquially—proved to be a pretty diverse city that met the needs of both the local Ethiopians who resided in the capital, and the many foreign workers who flew in and had jobs here.  And it was some of these latter people that I met, like-minded and equally driven, that added another life-changing facet to my placement in Ethiopia.  I became really close friends with a number of young professionals representing various developed world countries.  They were all doing incredible things in the humanitarian assistance field, working for organizations like UNHCR, USAID, CIDA, Oxfam, and many other NGOs.  Meeting them, swapping stories, and sharing our collective experience in Addis Ababa and Ethiopia cemented what was already a pretty memorable and life-impacting trip.  Being with these friends who were living lives that I wanted to emulate seemed to psychologically bring within reach the kind of a future that I wanted for myself.  These were truly some of the most amazing people that I have ever met, and being connected to them not only gave me strong friendships, but also an improved and reinforced commitment to global health and against global inequality.

In retrospect, I see now that I should not have been so scared to embrace a new sort of life in a new sort of setting.  I thought I would not be able to adjust from my life in Kenya, but I got accustomed to Ethiopia quite nicely.  Kenya taught me that I could live in a developing country; Ethiopia made me realize that I could also work there and has opened up numerous doors to what I can make out of my future and career.  Though I had doubts about my capabilities in the beginning, I lost my apprehension as my stay got longer.  To those considering the GHEFP and awards like it, only actively embracing the opportunities that we are given reveals something, makes us learn a lot more about ourselves.  Doing nothing only serves to keep us in the dark.