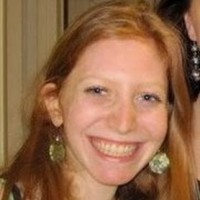 According to recent estimates, Mali, a West African nation of approximately 16.5 million people, has a maternal mortality rate that ranks in the top 20 highest rates in the world.i A large contributor to this heavy toll on Malian women is the low uptake of antenatal care (ANC) services, particularly in rural areas. One study found that nearly 80% of Malian women attended fewer than four ANC visits during their pregnancy. Due to this lack of consistent provider interaction, and consequently, infrequent blood pressure monitoring, pregnant women are at a greater risk of preeclampsia, a potentially fatal condition that is characterized by high blood pressure, protein in the urine, and peripheral swelling (edema). The objective of this study is to determine if and how mHealth technology can be used by community health workers (CHWs) to increase uptake of ANC services, thereby contributing to regular blood pressure monitoring, and earlier interventions for women who are at risk for preeclampsia. This will be accomplished through qualitative interviews of CHWs, facilitybased health workers, and parents (primarily mothers) of young children. By determining reasons behind infrequent ANC visits, we aim to develop mHealth technology that will enable CHWs to ensure that each woman’s blood pressure measurement at the appropriate intervals during pregnancy. Our hope is that earlier detection of preeclampsia through blood pressure monitoring will decrease the maternal deaths caused by this condition. This will be one component of a broader study to determine how CHWs can employ mHealth to improve a range of maternal health outcomes.

I arrived in Bamako, Mali with a number of expectations regarding the three months I would spend there completing my practicum research. I expected to help distribute a baseline survey in a rural southern district regarding antenatal care. I expected that I would help design (with community input) a cellphone-based intervention aimed to increase access to (and quality of) antenatal care. I expected to live briefly in the capital of Bamako, before moving to Sélingué, the district on which our research focused. I also realized that in the global health field, expectations are often unreliable, and plans change drastically. Still, I assumed that these basic aims would remain constant.

One of the biggest lessons I learned in Mali about global health work is that nothing is certain – not even the most basic aspects of your plan. Due to logistical delays, the baseline survey was only distributed after my time in Mali. Thus, the focus groups to design an intervention have not begun. Additionally, while I spent a week in Sélingué, the rest of my time in Mali was spent in Bamako. This is not to say that the trip was a failure. I met phenomenal colleagues and friends who welcomed me into their culture showed me the true generosity and kindness of the Malian people. I am indebted to them for always looking out for me, and helping me every day not just to complete my work, but to live happily and healthily. This personal connection to many Malian residents drove my passion for our research project, as I got to know the people who would hopefully benefit from the intervention.

Spending a week in Sélingué opened my eyes to many of the realities of maternal and child care in Mali. When we arrived, we spoke with local women and healthcare providers to find out why antenatal care rates were low – many women did not attend care prior to delivering, and those who did often attended fewer visits than recommended. Our team hoped to use mobile technologies to implement a reminder system that would help women keep track of when they were due for appointments. We quickly realized that our initial premise was misguided – the main issue was not women forgetting about their appointments, or deciding that they weren’t important. Instead, they faced financial, transportation, and logistical barriers to seeking care. For instance, a woman who lived miles from the nearest clinic would need money for the donkey cart ride, and perhaps she didn’t have access to this money. In other situations, a broken bridge or heavy rain prevented women from making the trip; others simply didn’t trust the clinics. This was a critical wakeup call for me – before deciding that women in Sélingué were simply neglectful, I should have looked more closely, and spoken to local women about their obstacles. Had this happened earlier, we might have been able to focus our efforts on something more culturally appropriate, such as emergency transportation initiatives or money-lending programs for healthcare.

Coming from a university in the US, it is often tempting to bring technology to developing communities, and expect that it will change the lives of the local people. When I spoke to Malians in Sélingué, I realized that the time and resources we would need to help locals adapt to mHealth technology might hamper our intended plans for intervention. We spoke to many women – including community health workers – who only used their cell phones to listen to music. Others said that they made and received calls, but only got service at one particular spot in the village. In reality, technology cannot just be introduced overnight and change health systems. Many people are skeptical of unfamiliar technology, and found the prospect of mHealth more worrisome than exciting.

My time in Mali was filled with ups and downs, as well as many surprises. But what I will always remember is the kindness of the people, as well as their hope, innovation, and welcoming spirit. When I contracted malaria, my Malian (and Hopkins) colleagues took care of me as if I were family. When I had safety concerns, my Malian friends would advise me with the careful concern of a parent. When I left Mali, my friends and colleagues urged me to come back and visit; I remain in touch with many of them today. Ultimately, my experience was unpredictable, and my global health goals were not entirely realized. However, the opportunity to learn from another culture and gain an entirely new perspective about health (and life) was invaluable.