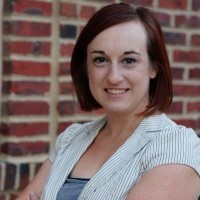 In the context of Dr. Jernigan's ongoing work assessing and promoting evidence-based alcohol policies globally, this project aims to learn from and inform South Africa's alcohol policy revisions, at both national and provincial levels, using the cutting-edge focus on alcohol's harms to others (i.e., negative consequences for societies or people around drinkers) as well as emerging data on alcohol marketing and youth. Alcohol's harm to others is a particularly promising policy approach, because policies can be tailored to areas of society that shoulder disproportionate burdens. Newly available survey research data can be used as a basis for designing and advocating for alcohol policies, and the project seeks to capitalize on ongoing research with partners in South Africa to meet this goal. Policies to reduce alcohol-related harms are key for South Africa, because it has one of the riskiest patterns of alcohol consumption in the world.

South Africa is also in the midst of national debate over restrictions on alcohol advertising, and multiple reviews have found an association between youth exposure to alcohol marketing and youth drinking. Dr. Jernigan's expertise in this area will inform the development of materials that will contribute the international evidence to this debate.

The Western Cape province of South Africa is also in the midst of a major policy shift, entailing the reframing alcohol from being a driver of economic growth to being a potential health hazard. As a consequence, alcohol issues and the liquor board will move from the Department of Economics and Tourism to the Department of Community Safety in April 2016. As part of this process, the provincial government is drafting an initial Green Paper to inform legislation, and using it as a platform for soliciting feedback from key stakeholders and the general public.  Dr. Jernigan has been asked to assist with the development of materials that can inform the Green Paper.

Upon arriving in Cape Town, South Africa I wasn’t sure what to expect.  I was overwhelmed by the beauty of the landscapes.  However, the more I stayed and paid attention, the more I noticed racial and economic inequalities.  I had never seen shantytowns before, and the ones in Cape Town were expansive.  I was also uncomfortable with the level of racial/ethnic segregation; the neighborhood in which I stayed was all White and the staff were all Coloured or Black African.

As I dug in, I quickly realized this trip was the opportunity of a lifetime for my research.  I view this trip as a turning point where I went from considering myself a domestic researcher to an international researcher.  As an alcohol epidemiologist, I immediately realized the cultural dynamics of alcohol use differed starkly between the United States and South Africa.  White those in power frequently used alcohol to keep workers servant during apartheid; they would set the dose to ensure their workers were dependent but not inefficient.  South Africa also banned Black Africans from drinking most types of alcohol (they could only drink sorghum beer) from all locations except beer halls.  When this was repealed, Black Africans were a group who were simultaneously primed for alcohol dependence and viewed drinking with a sense of pride and masculinity.  Understanding these cultural dynamics helped me understand the very different levels of alcohol use, heavy use, and symptoms of alcohol problems that I uncovered in my analyses and piqued my interest in understanding the role of alcohol in other foreign countries.  I also found alcohol industry documents stating that they wanted to expand consumption in Africa, and knowing that the industry is targeting countries that already have a substantial burden of alcohol-related harm also contributed to my new interest in global alcohol research.

The most unique experience I had was traveling to Khayelitsha, the most violent township in South Africa, to identify unlicensed alcohol outlets.  This experience was unique because I was the only White person in the township, and the tension and despair in the township was palpable.  I had also never seen an unlicensed alcohol outlet, but I had conducted several analyses about them.  It was important for me to witness how these unlicensed outlets function in communities, and this site visit provided that critical opportunity.

My host/mentor abroad routinely exceeded my expectations.  He helped acclimate me to the area and provided guidance for methods and manuscript preparation.  However, I was not expecting to spend so much time alone.  I planned to work from home three days a week and go into the office two days a week.  However, workers in the basement of the office building exposed the building to asbestos, so I was unable to go into the office for the second month.  This caused me to work from home the majority of the time.  I was still able to meet with my host/mentor when needed for guidance in other buildings on the campus, but this resulted in a lot of time in my flat.

If other students were considering this experience, I would tell them to embrace it, particularly if they are considering either expanding or narrowing the scope of their research.  However, they should manage their expectations by collecting thorough information before departing.  I also think the match between the student and the host/mentor is very important.