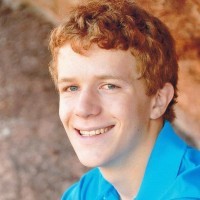 One of the challenges of managing HIV-infected patients is correctly diagnosing and treating opportunistic infections. Toxoplasmosis has a very high prevalence is South America and is an important problem in the HIV-infected population in South America. . The atypical genotypes of T. gondii endemic to South America are more virulent than North American and European strains, though strain may be less important than immune status in HIV-infected persons. Additionally, many other opportunistic infections with neurological manifestations are highly endemic to Latin America, including herpes simplex virus (HSV), human T-lymphotrophic virus-1 (HTLV-1), tuberculosis, T. cruzi, and Cryptococcus neoformans.

This cohort study of HIV-infected patients with acute neurological syndromes examines the clinical and microbiological spectrum of neurological disease in HIV-positive people in Peru and is evaluating new diagnostic technologies to improve sensitivity and specificity in a population living in an area endemic for multiple opportunistic CNS infections including T. cruzi and T. gondii. Samples collected in this study will be used to examine the within-host diversity of T. cruzi and T. gondii infection and to compare diversity in the blood and CSF of infected patients. Findings from this work will inform further studies into the pathogenesis of these infections in the context of HIV.

As I boarded my 7 am flight to Lima, the emotion I felt above all else was uncertainty. I had never been to Latin America before, let alone a developing nation, I hadn’t used my Spanish for anything besides ordering Mexican food in eight years and I was about to begin doing lab work for the first time in my life. All of my fears began to dissipate when my mentor, Bob Gilman, hailed me from across the airport terminal, his thick Brooklyn accent carrying well over the hushed Spanish all around. Over the next few days, Bob would begin to serve as my mentor, not just for my project but for living in Peru. He would show me where the grocery stores were, where to get the best ceviche in Lima, and, most importantly, how to cross the street without getting hit by oncoming traffic.

I immediately learned how essential flexibility is in global health. The project I was supposed to work on, a study on HIV and toxoplasmosis, hadn’t received its funding or IRB approval yet, so I began working in one of Bob’s other labs in Lima, which studied antibiotic resistance. I struggled initially to settle into the lab. Not because the techniques they used or the concepts they were studying were too intricate, but for a much simpler reason: everything was explained to me in Spanish. Despite the language barrier, I was able to quickly able to establish good relations and befriend many of the individuals in the lab. I learned that the local workers wanted to learn English just as badly as I wanted to learn Spanish, since many research papers and conferences are run in English, even within Peru! Addressing the language barrier, one of the most common conversations we had was to exchange words. One of my favorite parts of working in Peru was the informal work environment: the first conversation I had with my boss ended with her teaching me a handful of colloquial swear words!

One of the most surprising things I encountered during my work was the huge wealth disparities apparent all across Lima. Our field site was a one-hour drive from the lab (and still in the city limits of Lima). In that drive, we would pass both massive skyscrapers and peri-urban slums filled with dirt roads, stray dogs and shacks made of metal sheets. Strangely, despite the obvious wealth disparities, the government seems hesitant to acknowledge the poor: they’ve gone so far as to ban the use of the word “slum” from official documents, instead referring to slums as “Pueblo Jovenes” (young villages).

Working with Bob also provided me with a great chance to meet faculty working on a wealth of different projects and topics. I stayed at Bob’s apartment during my placement, and had the opportunity to meet with many visiting faculty, who would stay at Bob’s place during their own business trips to Peru. Staying in an apartment with visiting faculty provided an excellent chance to network and connect with faculty in an informal setting, and has left me with a large and prospective network of connections, should I ever decide to return to Peru.

loved the lab team in Peru and fell in love with the country and its culture. Career-wise, I also learned that I enjoy other aspects of public health, such as specimen collection, and working in Peru drastically improved my Spanish, a skill that I think will prove invaluable in my future public health endeavors, especially if I continue to work in the Latin American region.