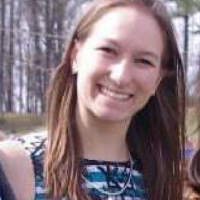 Malaria Transmission and the Impact of Control Efforts in Southern Africa

With funding and support from the Johns Hopkins Center for Global Health’s Established Field Placement program, I completed my Masters Practicum in Honde Valley, Zimbabwe in collaboration with the Southern Africa International Centers of Excellence in Malaria Research (ICEMR) and Professor William Moss, M.D. For three months I lived in Honde Valley, Zimbabwe supporting and assisting an ongoing study investigating malaria epidemiology in Mutasa District, Zimbabwe.

Johns Hopkins Bloomberg School of Public Health is the lead institution for the Southern Africa ICEMR focused on studying malaria transmission and the impact of control efforts in three locations in Zambia and Zimbabwe. My practicum focused on understanding malaria epidemiology in Mutasa District, Zimbabwe by supporting the existing study methods. The Zimbabwe site consists of cross-sectional and longitudinal cohort studies. My responsibilities included attending daily visits to cross-sectional and longitudinal households and assisting in data collection and recording. Information collected at these household visits includes rapid diagnostic tests for malaria, dried blood spot samples, hemoglobin levels, and qualitative interviews on malaria knowledge, participation in prevention behaviors and travel histories.

My experience living and working in Mutasa District, Zimbabwe exposed me to the intricacies of conducting a large scale cross-sectional and longitudinal study. It was exciting to investigate population movement, an issue that is not currently addressed in many countries or programs, yet likely has large impacts on infectious disease transmission. I had an incredible experience getting to know the country of Zimbabwe and immersing myself into this culture. This was in fact my third time in the country, however, this work experience allowed me to get to know the country and the people of Zimbabwe in a more intimate setting. I am so grateful for the experience that I had in Zimbabwe and am excited to continue my work in global health following this experience.