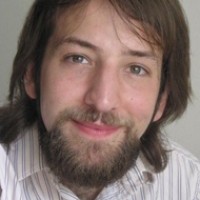 Phylogeography is the study of the spatial distribution of genetic diversity of a species. It has increasingly been applied to pathogen populations. By combining the knowledge of when and where individuals get sick with the particular genotype of the infecting pathogen we can track pathogen movements through an area, both in space and in time. This is of significant use in designing prevention strategies and understanding the key drivers of pathogen dispersal and persistence. In addition, by characterizing the changing clustering patterns of cases over time, we could potentially detect the spatial scale at which protective immunity is correlated. Identification of spatial pockets of immunity or lack thereof, could identify areas to target with interventions. Dengue fever is a potentially life threatening viral infection that is transmitted by mosquitoes. It is endemic in many tropical and subtropical regions. I will geocode the homes of patients that presented with dengue at a Bangkok hospital between 1995 and 2010 and combine this with genotypic information on the infecting virus to gain insight into the transmission dynamics of the pathogen. I hypothesize that there will be significant spatio-temporal clustering between cases of closely related genotypes reflecting the dispersal of pathogen as it moves from individual to individual. Further, disease clustering in an area will be followed by a paucity of cases in the same vicinity showing the impact of population immunity, even in a dynamic urban setting such as Bangkok.