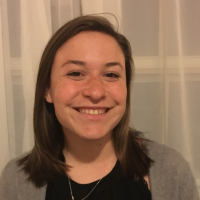 Background: South Africa has the largest HIV epidemic in the world, with 19% of the global number of people living with HIV, 15% of new infections and 11% of AIDS related deaths. Even though HIV testing is mandated in all hospital-based facilities in SA, it is rarely implemented in the emergency department (ED). The ED is a unique healthcare setting which provides episodic care to large volumes of undifferentiated patients for short periods of time who present with unplanned injury or illness, and thus may have the opportunity to capture undiagnosed HIV-infected patients missed by routine clinic-based screening programs.

Methods: In this prospective exploratory study, we will implement the National South African HIV testing guidelines, including 24-hours a day counselor initiated HIV Counseling and Testing (HCT), at Port Elizabeth Hospital in the Eastern Cape over a three month period. The purpose of this study is to quantify the burden of undiagnosed HIV infection in a South African ED setting. Furthermore, we seek to evaluate the effectiveness of the nationally recommended testing model in the ED to capture patients for testing. All patients who presented for care in the ED during the study period, and who were clinically stable and fully conscious, are eligible to be approached by HCT staff to receive a rapid point-of-care HIV test.

This summer I traveled to Port Elizabeth, South Africa to work on a six-week study evaluating the effectiveness of emergency department-based HIV testing strategies in an urban hospital setting. Port Elizabeth is situated in the Eastern Cape of South Africa, and our project was based in Livingstone Hospital, a large provincial hospital. I have previously studied abroad in Durban, South Africa, so I went in to this project with some familiarity of an urban South African setting. However, I was excited to explore more of the South African healthcare system through working in the hospital. I also hoped to gain skills in study coordination and improve my capacity for conducting research while building valuable relationships overseas.

Our study team consisted of myself, Dr. Bhakti Hansoti, the PI of the project from the Emergency Medicine department, Elizabeth Hahn, a master’s student in the International Health department, two local site coordinators from Walter Sisulu University, and two physicians from Livingstone Hospital. I felt very well-prepared going into the trip after going through the basics of the project and creating an investigator site file with Dr. Hansoti before leaving. We also spoke to the students who worked on the study last year, which gave us better insight on what to expect and how to deal with issues that they encountered previously during the study.

Once I arrived at Port Elizabeth, I was just as struck as I was when I first went to South Africa in 2017. The city is surrounded by a beautiful bay with an expansive beachfront. Despite being an urban center, it seems that everything in the city can be reached in ten minutes or less. The Livingstone Hospital complex was quite large, with a busy emergency department, infectious disease clinic, inpatient wards, and health resource center. One of the most eye-opening aspects of the hospital was seeing the line to the clinic when we came into work in the mornings. Even at 6:30 in the morning, people were lined up around the corner to be seen by the clinic doctors and receive their medication.

The hospital environment at Livingstone was much different than what I had experienced conducting hepatitis C testing in the emergency department at Hopkins hospital. The emergency room at Livingstone consisted of four sections and was often overcrowded, especially on weekends and pay days, with patient beds cramped right next to each other with little to no privacy. The nursing staff was understaffed and overworked, leading to frustration and long queue lines. Stab wounds and gunshot wounds were common; however, many non-urgent cases came through the emergency department, illustrating the lack of access to primary care in the region. Similar to hospitals in the United States, these non-urgent cases led to longer waiting times in the emergency department.

Working non-stop for six weeks helped me adapt quickly to manage the large amounts of data we collected and to work with the resources that we had. I also created connections that had a lasting impact on me—one of my favorite experiences of this summer was getting to know all 13 lay counselors that we employed to conduct HIV testing and counseling. I was able to create friendships with them as well as learn from their experiences. I helped conduct meaningful work despite the challenges of working in a setting with different work hierarchies and resources, and I believe that this was the most formative experience of my undergraduate career. I grew so much as a researcher and a person this summer, and this experience solidified my desire to conduct research in low and middle-income countries.