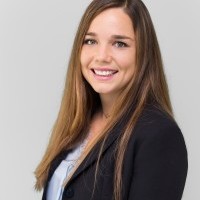 Jhpiego is implementing a three-year project to integrate Postpartum Family Planning into Pre-service education of Midwives and OB/GYNs. The project also supports new graduates as they take up their first post in a hospital or health center in the public healthcare system.  The project started in April 2015, and will be entering it's third year at the time of field placement.

My decision to enroll in JHSPH was heavily influenced by the unique extended internship component of the Masters of Science in Public Health (MSPH) program and, specifically, the opportunity to participate in global health work during this time. Following my interview at Jhpiego, I was confident that the GHEFP position working with Jhpieo’s Burkina Faso country team on their effort to provide women in Burkina Faso access to long-acting FP immediately following childbirth through the project Sustainable Scale-up of Postpartum Family Planning (PPFP) was an ideal position for me. Not only would it allow me to utilize the skills and knowledge I had gained during my first year of coursework at JHSPH, but I saw it as an opportunity to attain the skill set I hoped to develop during the field placement.

When I first arrived in Burkina Faso, I was immediately aware of how poor my spoken French was and how French the country was. While my French experience was fairly extensive and I had spent time in Francophone countries before, I had never been the only English speaker in an office environment, let alone in day-long meetings to discuss project strategies and develop study protocols. At times it was isolating to be the only non-Francophone in the room and frustrating when I struggled to communicate my ideas in these meetings. However, I grew to enjoy this challenging adventure of learning as much as I could and speaking in as much French as I was able. My coworkers were incredibly patient with my French and a few months in, as I became more comfortable with French and had fully integrated myself into the office, humorous errors I made speaking French early on, such as naturally thinking ‘s’introduire’ meant 'to introduce' (it means to insert or to enter), became ongoing jokes within the team.

I spent about a quarter of my time in Burkina Faso traveling to different project sites across the country to assist with healthcare provider training sessions as well as data quality assurance. This opportunity to travel within Burkina Faso was an amazing addition to my internship experience. It allowed me to really get to know the country, my coworkers, the project recipients, and spend time in a range of different environments. I learned an incredible amount about working with project partners and encouraging the involvement of important stakeholders, facilitating large training sessions in a low resource setting, how the health care system in Burkina Faso operates, the challenges of collecting high-quality data in a setting with little data collection infrastructure and few resources, and perhaps most importantly, realities of life in Burkina Faso. During lunch breaks over greasy rice plates, grilled meat, heavily sugared drinks, and fresh mangos, bananas, and oranges for dessert, I would make a point of sitting with a project participant I hadn’t met yet. Our conversations were often focused on what brought them to the training (either their job as a health care provider or health facility supervisor). There were some stark differences between their lives and my life back in Baltimore – women discussed the experience of having a second wife in the home, both men and women discussed the increasing terrorist attacks in the north of the country, and coping with less rain this year, leading to constant anxiety and uncertainty due to worries about a poor harvest – but also what appeared to be a few universal similarities. Many conversations were ones I could have had with anyone, anywhere in the world. We talked about family and friends, where they were from, and what they did when they had free time. I was asked multiple times by midwives if I would marry their son. Moms all over the world are trying to set up their sons. Any upcoming holiday or party was excitedly discussed (especially if it involved a lot of good food and beer). People all over the world want to enjoy a good party.

Conversations as the foundation of my learning was an ongoing theme throughout my time in Burkina Faso. My daily rides to work with an office driver evolved into insightful discussions on the concerns and needs of locals. Some of these points supplemented the obvious problems I became increasingly aware of while in the capital, Ouagadougou, including poorly constructed or unpaved roads throughout downtown, lack of public transportation, deficient trash management, insufficient sanitation, high levels of air pollution, particularly during the dry season, ongoing student strikes at the University, and corruption in the government that presented itself in police officers creating checkpoints and stopping vehicles to demand bribes. Infrastructure, disorganization, and lack of trained personnel appeared to be fundamental development challenges in Burkina Faso, especially in the health sector. Many of the more rural regional health facilities that I visited lacked regular access to electricity and running water and had, at times, had only 1 midwife responsible for an area covering 10 villages. Though truly inspiring to see dedicated midwives, nurses and doctors providing care in this context, these inadequacies challenged the PPFP project efforts I supported during my time in Burkina Faso. The training sessions I assisted within health facilities revealed that in some cases doctors, nurses, and midwives lacked the necessary skills for providing family planning, such as the method for inserting and removing a postpartum IUD, even though this training had been part of their pre-service education just 1 or 2 years prior to our evaluation visit. An explanation given for this was that their facility placement had been delayed for as much as 6-months to a year following their graduation due to disorganization at the government level. Thus, when they arrived at the facility after not practicing for these months they had forgotten much of what they had learned at school. Many of these midwives were the only health care provider at their facility with this specific skill-set so they had little support and no supervision or mentorship built in. Those that did feel confident in their skills also reported frequent stock-outs of contraceptive methods, again prohibiting these midwives to take full advantage of the pre-service training they had completed and offer women their chosen family planning method. Despite Jhpiego’s efforts during this 3-year project to improve these deficiencies in the health care system, some of these challenges continue to persist.

The lessons I learned in Burkina Faso came in many forms, both work-related and not. By the time I left, I knew that learning to work in new, demanding settings was an invigorating challenge that is not only a necessary part of this work but also one that I enjoy. This field placement also broadened my perspective of working in global health and equipped me with a fundamental set of skills. I learned about the complexities of implementing a regional level public health program through on the ground experience, participated in project report writing and protocol development, assisted with the launching of a large-scale mHealth program, was involved in a wide range of project monitoring and evaluation activities, and improved my data analysis skills. I learned about Burkinabé culture, geography, politics, and history and established close relationships with the Jhpiego team. While I gained technical expertise in program management and language experience in French, listening was the most important tool I developed. Listening to my coworkers and the project participants – the people who innately knew more about the context in which I was working - allowed me to work more effectively. In public health, we often focus on what we already know, what the problems are, and how we can fix these. While these issues often affect a large proportion of a given population and can guide our overall mission, my time in Burkina Faso was a powerful reminder of how essential it is to listen to the individuals who are impacted by our work, adjust our goals and plans accordingly, and to be open to how much we have left to learn.