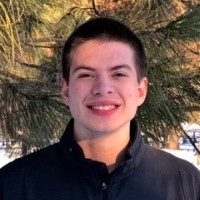 Krieger School of Arts and Sciences

Dried blood spots (DBS) present as an attractive alternative to traditional biosamples (venous blood, urine, etc.) in austere conditions due to ease of collection, storage, transport, and analysis. However, the environmental conditions incurred by DBS samples during ground transport in an austere environment have not been characterized. Variability in humidity and temperature has been shown to impact the stability of clinically relevant analytes in DBS, and this variability could impact the feasibility of field adoption of DBS. With an understanding of the environment DBS samples would likely be subject to, researchers and clinicians would be able to make informed decisions as to which analytes are appropriate on a DBS matrix for generating reliable data. The primary aim of this project is to assess the environmental conditions (i.e. temperature and humidity) incurred by DBS samples in transport from remote villages to district hospitals and reference labs throughout Madagascar. In addition, investigators will field test DBS sample transport containers designed by the Global Health Project Grant Advisor, with the aim of promoting global adoption of these kits due to their ability to control the environment of the DBS sample and improve reliability of measurements.

It was easy to research the poverty indicators for Madagascar and think that could have prepared me for what I was going to see in-country. I knew, based on World Bank data from 2011, no country in the world had a higher percentage of their population living in poverty (defined as <$3.10 per day, 92.91%) or extreme poverty (defined as <$1.90 per day, 81.76%) and that, per the CIA Factbook, Madagascar had the 13th lowest GDP per capita in the world. But reading about and witnessing extreme poverty are entirely different, and I knew from my taxi ride to my accommodations that I had grossly underestimated what I would experience. The signs of poverty were everywhere, and the crumbling infrastructure and organic growth of the city left it completely in my view. It was in this context, with families literally living out of dumpsters, animals bathing and families washing their clothes in the same water used to irrigate rice crops, and human excrement and litter strewn across public streets, that I not only found a new appreciation for global health, but also further developed my worldview and my goals as a public health practitioner.

I was rather green on the issues associated with global health research before my arrival. Reading textbooks and watching seminars can only provide so much, and the real-world experience, particularly in the problems encountered, did not mirror anything I had been exposed to before and it proved to me that every experience really is unique. I also learned that flexibility is crucial for successful global health research projects as things will constantly not go according to plan. For example, some of the sensors we used to track environmental conditions transmitted their data through Bluetooth Low Energy (BLE) technology. This proved invaluable because it allowed the sensors to have very long battery lives and made the information easily accessible through smartphone applications. However, BLE is not accessible on laptop computers. So when my smartphone was stolen out of my backpack when I was walking to work one day, I lost the only means I had to configure the sensors. We had to stall data collection for two weeks until we could find another person in-country who had a smartphone with a new enough operating system to configure the sensors and download data (much easier said than done). This also taught me resiliency, because you can’t travel halfway across the world and just give up when something goes wrong (or, more accurately, things go wrong every other day). It is my understanding that this is simply part of working in the global health field, so that skill in and of itself is something invaluable I have gained from this GHFRA-supported experience.

From a development perspective, it became clear to me that one of the largest issues in Madagascar, especially in rural areas, is access to effective, affordable healthcare. I personally ascribe to the belief that solving other issues that plague the country (employment, environmental conservation, economics, etc.) won’t and needn’t be a priority for the local populace if they are at frequent risk of dying from preventable causes. Why focus your energy on government inefficiencies in tax collection if your child is going to die from diarrheal disease? My research project, focused on improving collection and shipment of biosamples in austere environments, at its core was intended to strengthen rural healthcare delivery systems and improve diagnostics, treatment monitoring, and environmental exposure research in resource-poor environments, to name just a few of the potential benefits. While we cultivated a relationship with the National Ministry of Health, we are still far off from adoption of our transport kits. While our research was quite successful, it frustrates me that the potential benefits of said research may not benefit the intended population for several years. But it is a start. This experience sparked a desire in myself to pursue experiences and a career in global health, and without the support of the GHFRA and Center for Global Health at BSPH, I likely would not have had the chance to travel to Madagascar and see and experience this for myself.