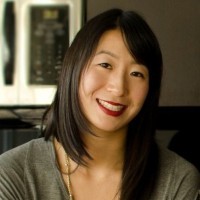 The overall vision of ForçaSaúde is strengthening the health system in Angola where health facilities, municipalities and provinces will be enabled and empowered to sustainably implement the National Strategic Health Plan (PNDS) and support delivery of a basic package of high-quality, high-impact FP, malaria, and HIV/AIDS interventions to Angolans.

At the heart of the ForçaSaúde project design is a standards-based performance improvement approach for improved health system management and strengthened clinical practices. The ForçaSaúde team firmly believes that a strong, performance-based approach to improved management, leadership, health information system (HIS) and monitoring and evaluation (M&E) will enable the proposed ForçaSaúde quality improvement approach to sustainably take hold, and vice-versa.

ForçaSaúde is a five year (2011 – 2016) cooperative agreement. The project is entering its fourth year of implementation and there is an expansion planned to work in other provinces. As part of the transition to other provinces we would like to conduct operational reasearch that could help streamline interventions in other provinces on HIV , FP and malaria.

ForçaSaúde’s Intermediate Results (IRs) are centered on providing technical assistance (TA) to the MOH, DPS and RMS in order to address these challenges. ForçaSaúde is also designed to address identified barriers to address them and support and contribute to the health objectives of the MOH and the Provincial and Municipal governments, as outlined in the National Health Development Plan (PNDS) and municipal health plans.

Professor Peter Winch, Director of the Social and Behavioral Interventions (SBI) Program of the Department of International Health at Johns Hopkins Bloomberg School of Public Health will provide support and mentoring to the team working on the operational research.

When I first applied to complete my practicum in Angola, truthfully, I did not know much about the country. Had I known at the time that Angola has only recently emerged from over 40 years of war, that Luanda is considered to be the most expensive city in the world to live in as an expat, and just how difficult applying for a visa would be, perhaps I would have reconsidered my decision. But I suppose in my case, ignorance could be considered as bliss, and before I knew it, I was touching down at Quatro de Fevereiro Airport on a humid and cloudy day, not really knowing what to expect of my 3 months here with Jhpiego on a health systems strengthening project.

Luanda very quickly confirmed what little knowledge I had been given about Angola; that it is a ‘country of contradictions’, where next to five star hotels stand dilapidated buildings that look ready to fall apart at the slightest touch. Where apartments worth millions of US dollars coexist with slums in their backyard, and traffic is constantly snarled, operating on a ‘biggest car gets right of way’ basis (which is difficult when every other car is a Toyota Rangerover). Extreme wealth and extreme poverty are not delineated across any lines here, each uncomfortably and begrudgingly acknowledging the existence of the other. Luanda is chaos in the most absolute sense, but in a way, I was incredibly happy to be here after spending 3 months in South Africa, where sometimes things felt almost too easy.

I spent just under 2 weeks in Luanda before heading out to my primary field site, a small city called Huambo a few hundred kilometers from Luanda, and a site of significant fighting during the war. Here, I was met in full force by the agonizing frustration that is Angolan bureaucracy and red tape, having to delay the start of my study on family planning for a month and a half while waiting for local IRB approval. In that time, I managed to (with much assistance) conduct a two-day training on operations research to the provincial Ministry of Health (in Portuguese!), assist with a malaria elimination project, and tag along to numerous site visits across the province to observe the implementation of a computerized database tool.

Spending 3 months in a country so closed off from the rest of the world with some of the worst maternal and child health indicators was a learning experience, to say the least. Working in Angola taught me the importance of the need for political will to make sustained improvements in health; perhaps even more so than the availability of financial and physical resources. Angola is after all one of the wealthiest countries (in theory) in sub-Saharan Africa, second only to Nigeria in terms of oil production in Africa. Yet a lack of government interest for change, poor governance, and rampant corruption has resulted in a country where an estimated 15% of children will die before they reach the age of 5. Where clinics have daily power outages because they cannot afford to buy gas for their generators (the irony of this was not lost on me). Where the average person will live only until the age of 52, one of the lowest life expectancies in the world.

This in turn also pushed me to question the role of foreign aid in a setting like Angola. Jhpiego is coming to the end of their 5-year funding period by USAID, and there is uncertainty on whether funding will continue. I asked some of the staff what they thought might happen to the work that has been done to date, such as the database tool that Jhpiego has supported and implemented. To this I was met with resigned shrugs and half-hearted sighs. I suppose this was one of the things that surprised me the most; that even multi-million dollar agencies like USAID can be ineffective at creating long-term sustainable change.

In some ways, it was very disheartening to work in Angola. To see so much potential, yet so little will for change. The health of Angolans will not change until there is a push from within to do so, and at this moment in time, there is little desire from the government of Angola to improve the wellbeing of their population. Repression, after all, makes it easier to maintain an iron grip on a 36 year long (and counting) reign of power. As the ongoing oil crisis continues, it has been hard not to feel despair for the country and its people, since things are going to get a lot worse before they can get any better. I can only hope that things will not (or rather, cannot) stay this way forever. As the new generation comes through, a new generation of educated and ambitious Angolans, something will have to give.

I would be lying if I said that I loved every minute of my time in Angola. The 3 months that I spent there were some of the most challenging times I have been through, in more ways than one. Some, of course, were my own fault really. I very willingly chose to go to a country where English is not widely spoken, and while I really did try to learn some Portuguese before I left, my attempts didn’t get me anywhere prior to landing in-country. Compound that with the fact that I was based in a relatively quiet place, along with an enormous communication barrier between myself and locals (including most of our office staff), and it resulted in an immense feeling of isolation for most of my stay in Angola. Add onto that the fact that there is little to no tourist infrastructure in this country (and whatever does exist will probably cost you your left kidney, and then some) meant that I also felt very trapped. There were days when even little tasks like going to the grocery store or going to get lunch was a daunting task for me, knowing that I wouldn’t be able to communicate if someone tried to talk to me.

In saying that however, I wouldn’t take back my 3 months in Angola. I did manage to learn how to speak in Portuguese in my time there, and I learned an incredible amount about myself and what I am capable of when faced with a challenging situation. I learned that perhaps qualitative research isn’t what I would like to do for the rest of my life, but that whatever it is that I do pursue needs to include building political will for change across all levels of government and the health system. While my time in Angola was challenging in entirely new ways for me, I am immensely grateful to have had the privilege of working there, and to have met so many wonderful people who have gone out of their way to take care of me and treat me like family.

One of our data collectors conducting a practice interview with a nurse at a local maternity clinic: 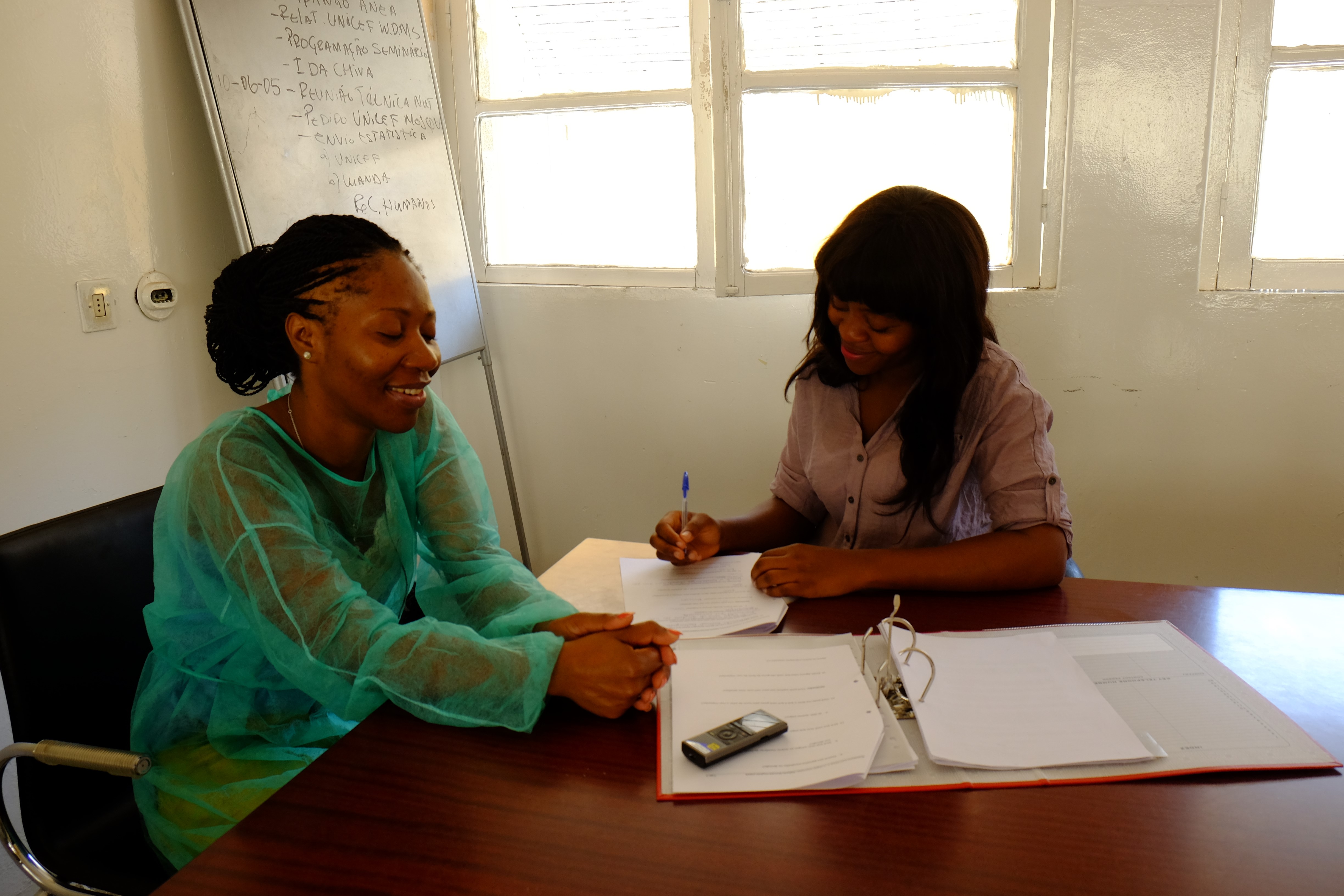 A rural clinic in Huambo Province where we went to assist with some technical difficulties that staff were having with the new database tool. Poor computer literacy and frequent power outages make it difficult to implement and to keep staff motivated in using it: 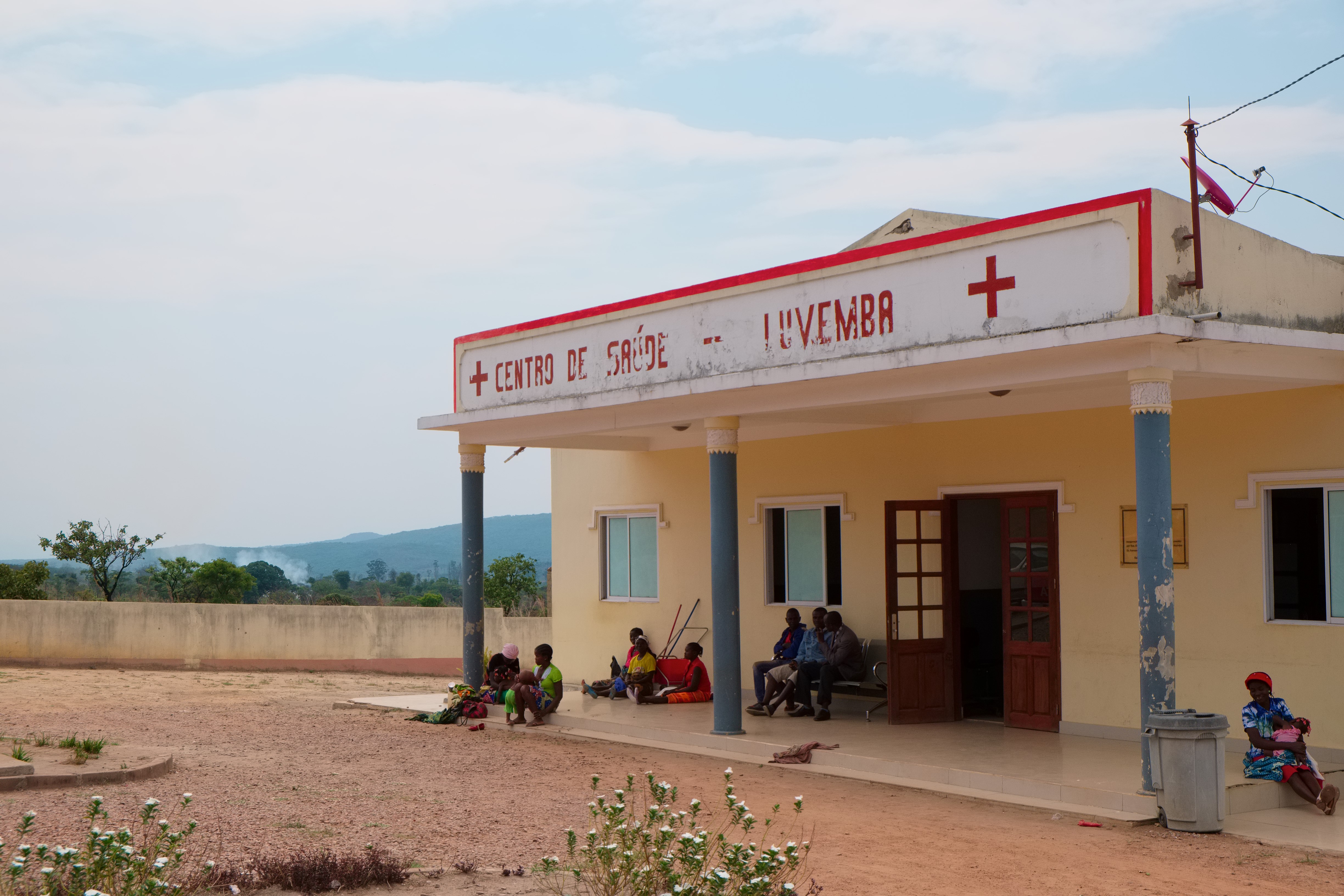 Ministry of Health staff practicing how to conduct in-depth interviews during a two-day training delivered in Huambo on basic operations research techniques: 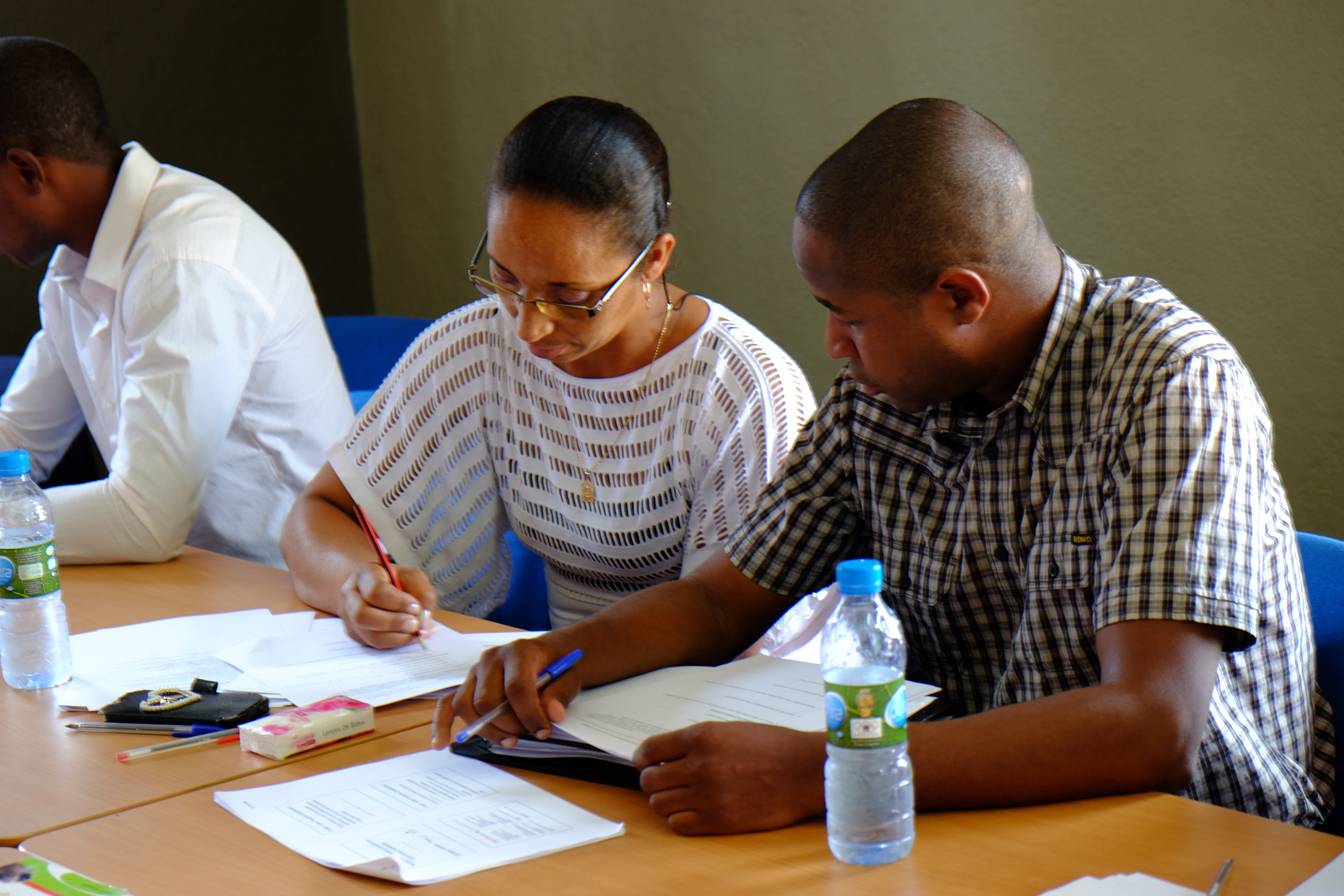 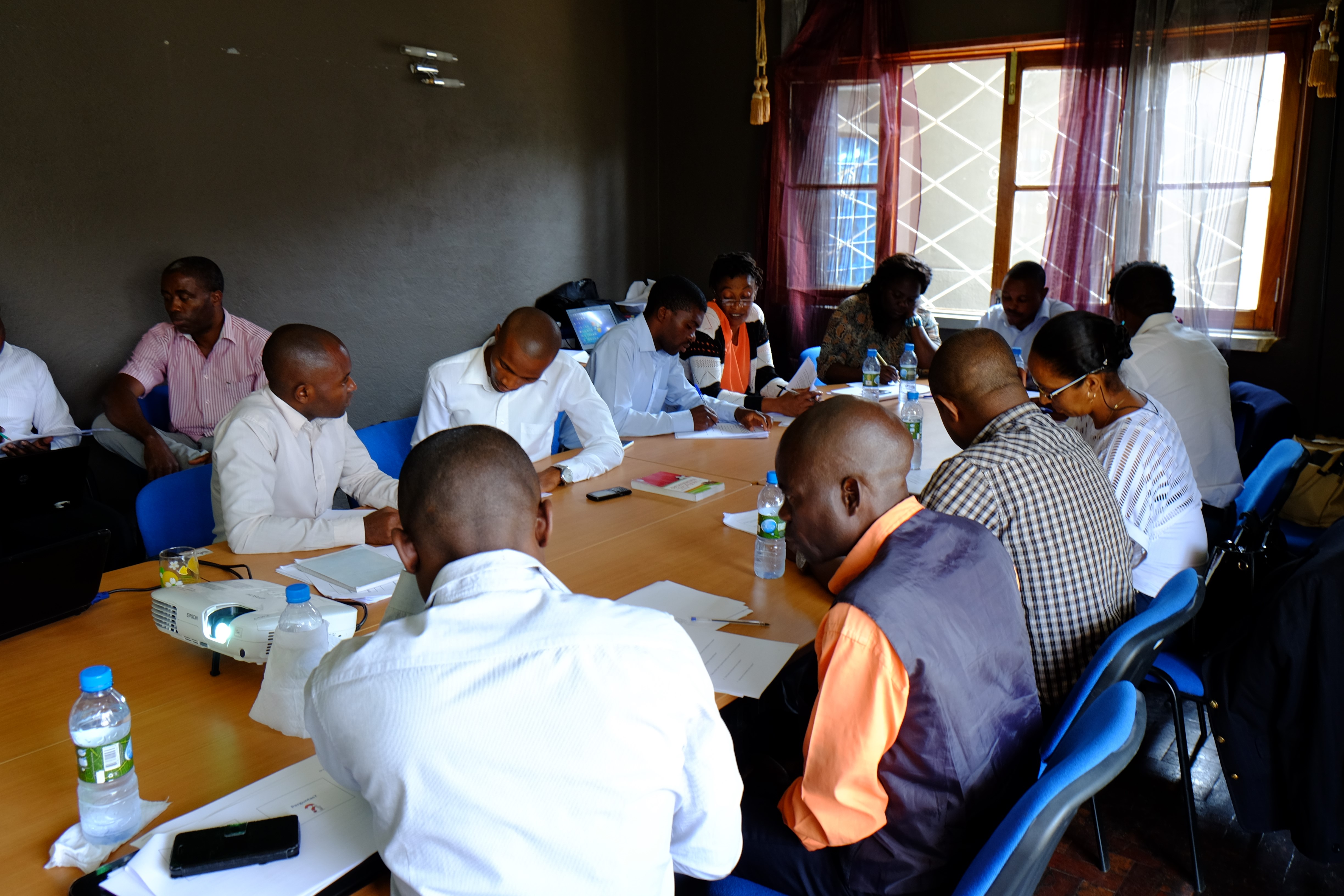 The musseques (slums) of Luanda. A lengthy war and poor economic prospects elsewhere in the country has driven mass migration to Luanda, which has well exceeded its capacity to host such a large population. Informal settlements and slums are common, and have contributed to numerous public health problems. Presently, the government is looking to destroy informal settlements and relocate people to outside the city margins: 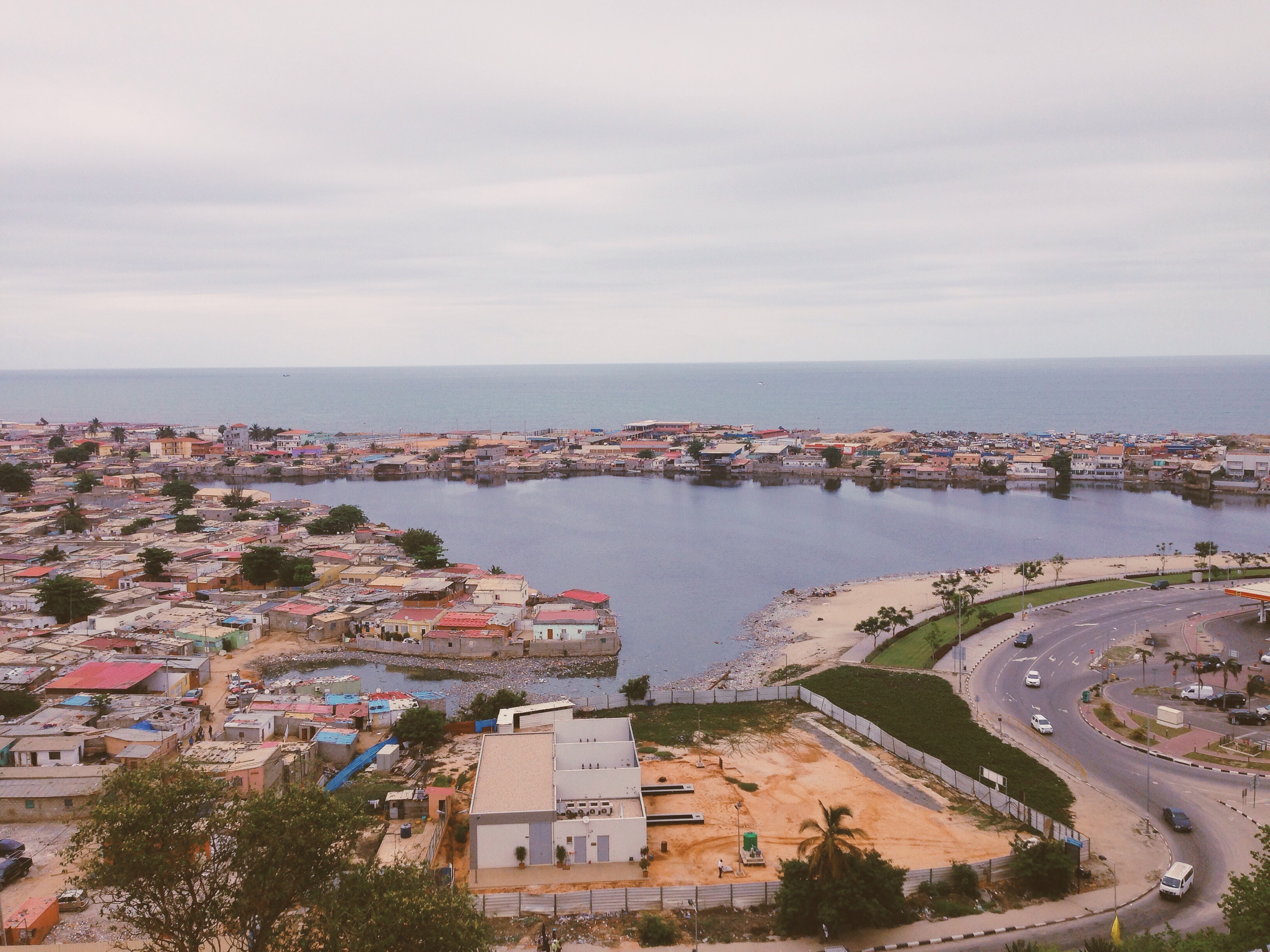