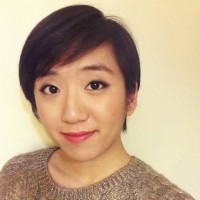 Prior to my arrival in Vietnam, I felt very apprehensive because it was my first time traveling overseas, and on top of that, I was doing it alone. I had no idea what to expect, but in hindsight I think there were some benefits to not over preparing for my trip. It allowed me to be more spontaneous in a new city, as well as kept me interested in meeting locals in Hanoi, especially when they offered new sight-seeing suggestions.

My work site was at the Hanoi School of Public Health, specifically in the Center for Injury Policy and Prevention Research. On my second day in Vietnam, I met the principal investigator of the center, Dr. Cuong. In my discussion with Dr. Cuong, I found out that there were actually several projects occurring in conjunction with the HEALS (Health, Economic and Long-term Social Impact of Injuries) study, the study that I initially applied for, and he suggested that I instead team up with a graduate student named Ngan on her project for my time here. Ngan was working with Dr. Cuong on a drowning prevention program called Saving of Lives from Drowning (SoLiD). I agreed to work on the project, and we decided together that my day to day interactions would be with Ngan, and she would serve as my mentor.

My initial feelings when they described the project to me were mixed. The public health topics that we focused on the most in my courses at Johns Hopkins were smoking cessation, obesity, and alcohol abuse—problems that I now realize are quite unique to the United States. The more time that I spend in Vietnam, the more I realize that public health issues in a developed country like the United States and public health issues in a lower middle income country like Vietnam are very diverse, and not only in topic, but in obstacles to interventions as well. I wish I had spent more time learning about public health issues like water safety and maternal care in developing areas in my first two years Johns Hopkins, as I think my experiences so far have made me more interested in international health versus healthcare in the United States. Regardless, I was excited to learn something new, especially about the quality of healthcare in countries like Vietnam and how to perform data analysis for international public health research.

Overall, in my time spent in the office, I read multiple journal articles, both quantitative and qualitative, for background information on juvenile drowning from all parts of the world, with most articles focused on Southeast Asian countries where the occurrences of drowning and near-drowning for children happen at the highest rates. Over the summer, the SoLid project was at the preliminary data collection stage and is projected to reach completion in November of this year. I also learned later that the intervention site is actually in the south side of Vietnam, specifically the Mekong River Delta region, in a province called Dong Thap. Thus, most of the work that Ngan did in Hanoi was electronic and apart from the preliminary data collection. As my mentor, Ngan taught me how to perform data management tasks on Stata 12. It was my first time working with any statistical software program at all, so I dealt with quite a steep learning curve. In trying to overcome that situation, however, I learned not be afraid of asking for help from other office members. It was a little intimidating for me at first because I had the impression that they assumed I had already taken statistics and understood how to operate programs like Stata. However, removing the assumptions allowed me to show my eagerness to learn how to use the software early on, which made for a better bond between my mentor and I.

By the end of internship, I made two dummy tables, one detailing the background and characteristics of the respondents, and another detailing the knowledge of and attitude towards children drowning from the respondent, from the baseline questionnaire data. The questionnaire aimed to collect parents of primary school children’s perspectives on drowning in the Mekong Delta region of Vietnam. The intervention leaders hoped to use this information to determine the parents’ interests in drowning prevention and find solutions that would be accepted and welcomed by the community.

From the literature reviews, and talking to members around the office, I have learned that drowning is the most frequent cause of death in children in Vietnam but there has not been more effort, until recently, to lower the probability of drowning children in Vietnam, which especially affects those aged less than five. I noticed some first-hand perceptions of water safety in city dwellers in Vietnam when I went to a water park with a group of locals during a weekend there. Unsurprisingly, many of them had never learned to swim before. Floatation devices were also few and far between, as the water park relied on attendees to bring their own. It was interesting to see however that many of the people I went to the park with really wanted to learn how to swim, and asked that I teach them how throughout the day. Compared to the perspectives I was seeing in my dataset, and the perspectives on swimming I noticed that  in the United States and in urban areas like Hanoi, learning to is seen more of as a skill for leisure. It’s something children learn together over the summer and then once they have learned the skill, it makes going to the pool, the beach, or hanging by the lake more exciting. But from areas like rural south Vietnam, where the probability of drowning as a child increases greatly, swimming lessons serve an additional purpose, as a necessary survival skill. Overall, I am glad that I was a part of an intervention that concerns itself with teaching children how to be safe in water, and all in all it was an invaluable summer experience.