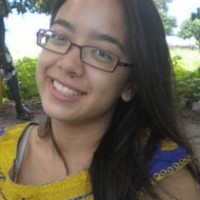 This project aims to evaluate the effect of an income generation program on reducing HIV risk behaviors and vulnerability to HIV among MSM living in or near Dakar, Senegal. Homosexuality is illegal in Senegal, which stigmatizes this population, reduces their ability to access healthcare and HIV prevention services, and increases their vulnerability to HIV. The student will aid in the conduct and evaluation of the trial. The student will also assist in building research capacity within the host organization.

Going abroad to conduct research was an absolutely invaluable experience. Working abroad and conducting research was completely different from learning about it abstractly in class on campus, and it was so exciting and fulfilling to be able to apply the knowledge I had learned at Hopkins in the field – and add my own knowledge through experience to what I had already carefully stored away. Conducting research was as exciting, stimulating, important, and interesting as I had hoped it would be, and confirmed my desire to continue on into a research career.

As it was my first experience in Africa, or in a low-income country at all, I was hesitant upon arrival as I wasn’t sure what to expect. I also began my experience in Senegal, and French is not my native language, although I speak it well enough to get by. I had some difficulty adjusting initially. I had trouble understanding people and being understood, had trouble cooking meals on a tiny propane burner, trouble sleeping in the heat, and so forth. However, I quickly became fluent enough to speak and understand with relative ease, and within a week got used to my new surroundings. I made friends with another intern (who was Senegalese) and she helped me settle in by showing me around town, telling me where to get groceries, helping me practice my French, and just help me feel more at ease in my new town. About a month into my time in Africa, I switched projects and began working in the Gambia. It was easier after the move to get readjusted since the Gambia was quite similar to Senegal, but once again I found it very helpful making friends, both expats and Gambians, who were able to show me around and help me settle in. If I were to go back again, I would be more serious about studying Wolof or another local language, as many Gambians do not speak English, because English is really only spoken within the education system. Speaking Wolof or Mandinka would have helped me communicate with more people and understand more about Gambian culture.

I enjoyed living in West Africa and would go back again if presented with the chance. People there were so welcoming and placed a huge emphasis on hospitality and sharing, no matter how much or how little they had.  It was rather humbling when people opened up their homes to me, shared their meals with me, adopted me as an honorary member of their family, or otherwise made me feel very welcomed in my home away from home. In general their gracious hospitality far extended beyond what I would expect from the hospitality of an American. It was also very enlightening living in a Muslim country for the first time. I don’t have any Muslim friends in America, and of course America has had a conflicted relationship with Islam of late. I was very impressed by the way religion imbued every aspect of daily life in the Gambia without any sense of zealotry; rather, with a quiet dignity. In America, religion is generally considered to be a private affair relegated to the home or your place of worship; there, colleagues, friends, entire villages, etc. all prayed together in public when the call to worship sounded. In America, people who are very public about their religion are often seen as aggressive and fundamentalist. Although religion was very public there, it was quietly and humbly so, and tolerance was always emphasized. It was a very different approach to religion that made me reexamine how we tend to approach religion in America.

One thing that particularly helped me adapt was to make friends with people from Senegal and the Gambia. I made friends through work, with neighbors, with classmates at the Alliance Française where I was taking French classes, at the restaurant I frequented for lunch, and other places. Having Senegalese and Gambian friends was so important in helping me adjust (helping me find accommodation, explaining where to buy different items, etc.), having social support while there, and learning more about the culture. I knew some expats in the Gambia who only were friends with other expats, and I think that sort of experience is much less rich.

I would highly recommend a research experience abroad to any student who is considering applying for such a position. For someone considering a career in global health, experience working in a developing country is imperative, but even for someone considering domestic work, seeing health systems in a severely resource-limited setting gives one so much perspective on how our own health system works in America. Regardless, there is no substitute for in-the-field work and I really enjoyed being able to apply what I had learned at Hopkins and being able to learn from my own experience.