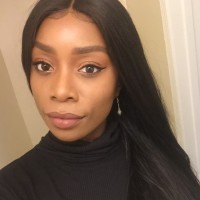 Cameroon with the CHAMP (Continuum of Prevention, Care and Treatment of HIV with Most-At-Risk Populations) program

As a part of the Global Health Established Field Placements grant, I was placed in Yaounde, Cameroon with the CHAMP (Continuum of Prevention, Care and Treatment of HIV with Most-At-Risk Populations) program. Yaounde is a majority French-speaking city, in a country, still grappling with its bilingual and multiethnic identity. Upon arrival at the airport, I was faced with the reality that the Duolingo French lessons I had been casually practicing on my phone had done little to prepare me for the next 5 months. Of course, learning a new culture and work environment is more challenging when you do not know the local language. In each of these areas, I had to let go of my fear of failure. My French tutors, my wonderful colleagues and the other JHSPH student I was working with all helped develop my French language skills by giving me space to learn and practice—and to make mistakes.

I was lucky to have local team members that were welcoming and appreciative of my efforts, as well as organizational leadership that was approachable, guiding and supportive. I was assigned some responsibilities that played on my strengths, as well as some that provided me with the opportunity to learn and grow my skill set. In addition to the general support that I provided for the program, I also had the opportunity to play an integral role in the development of two new programs being added under the CHAMP umbrella. The first of these was the new HIV pre-exposure prophylaxis (PrEP) program. I was involved in conducting formative research, developing the communication campaign, and developing the tools that will be used to implement the first national PrEP demonstration project in Cameroon.

However, the project did not start off as a national demonstration project. Originally, PrEP was intended to be introduced only into the CHAMP package of services, with some oversight by the Cameroonian government. However, it soon grew into a partnership with the government in which CAMNAFAW (the Cameroon National Association for Family Welfare) would also implement PrEP in national health facilities. With additional stakeholders, there were more entities between which consensus had to be created. As a result, there were many changes that had to be made to the initial plans, as well as many delays in the timeline. Although this was frustrating, it was valuable to see all the legwork and negotiation that goes into introducing a new intervention into a country.

Another notable part of my experience was the development of another addition to CHAMP—enlisting online mobilizers to engage in online outreach and sensitization to reach previously unreachable cohorts of men who have sex with men (MSM) and female sex workers (FSW) and link them to CHAMP services. At the beginning of this process, I was asked to take over coordination responsibilities from a team member who could no longer perform them. Tasked with stepping up into a role I never knew I could perform, I was determined to prove to myself that this was something I could do. Of course, it was challenging, but it turned out to be one of the most rewarding parts of my experience. I facilitated focus group discussions, drafted the SOP, supported trainings of online mobilizers, and gained skills in social media marketing.

While at CHAMP, I also had the opportunity to be exposed to other innovative interventions. For example, CHAMP conducts interventions with uniformed officers to improve relations between them and the criminalized populations that CHAMP serves (MSM and FSW). The intention of such interventions is to reduce the societal barriers to good health that these populations face. After being exposed to this, I was inspired to focus my masters essay on the associations between negative experiences with uniformed officers and adverse sexual health outcomes in female sex workers.

The work I did in Cameroon has proved very influential to my future career goals. Leaving for Cameroon, it was clear to me that I wanted to work to improve the sexual and reproductive health of key populations, particularly female sex workers, in sub-Saharan Africa. Returning home, I now know that I will do that through developing and supporting HIV prevention, care and treatment programs. 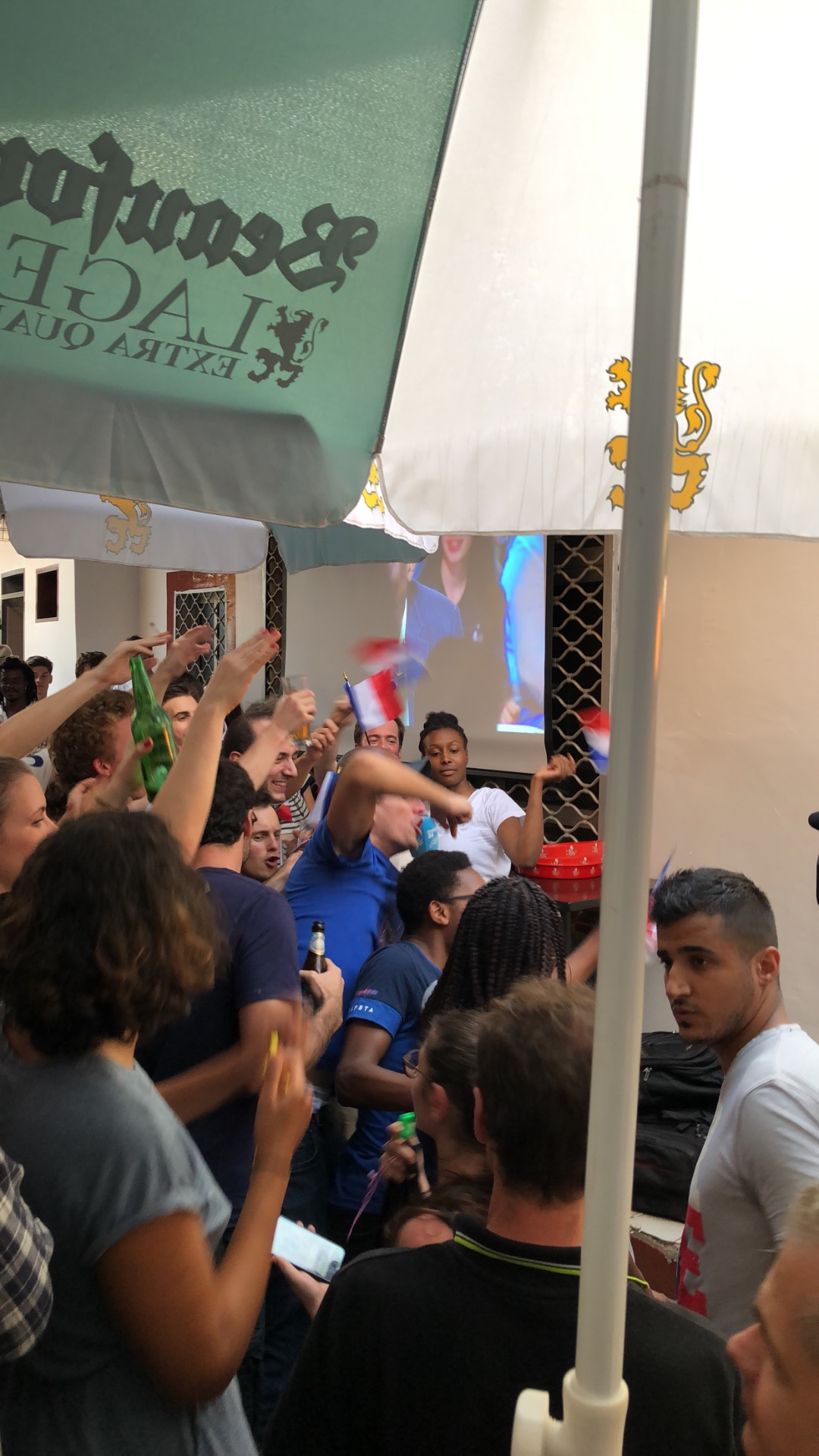 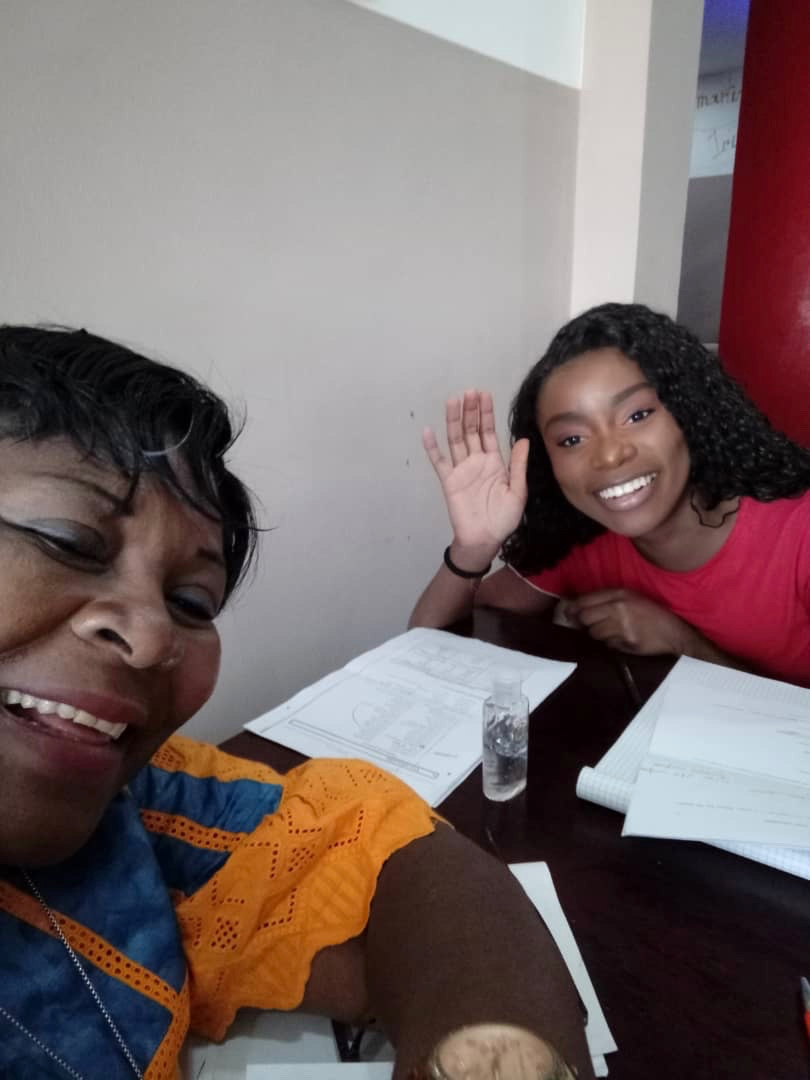 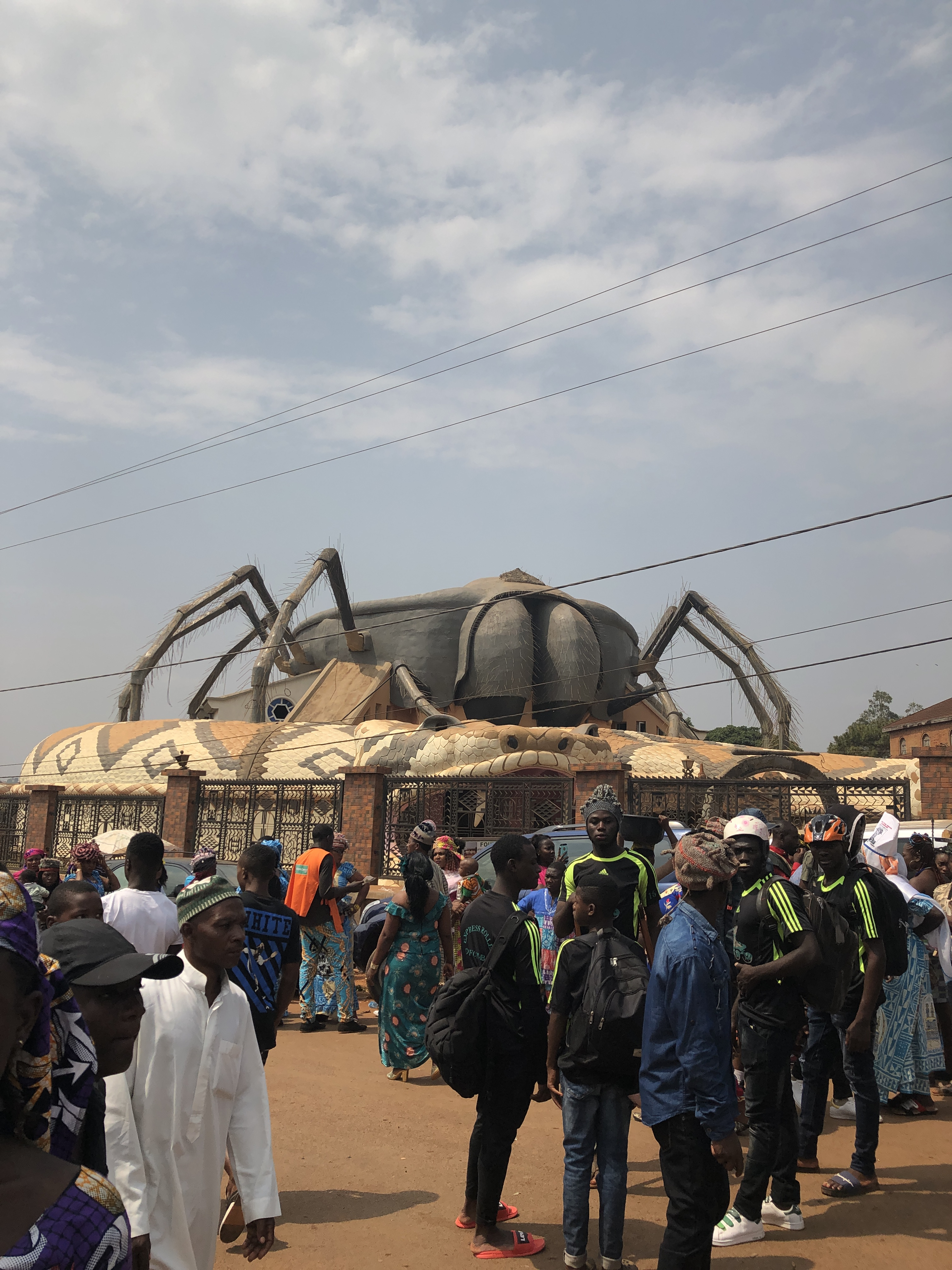 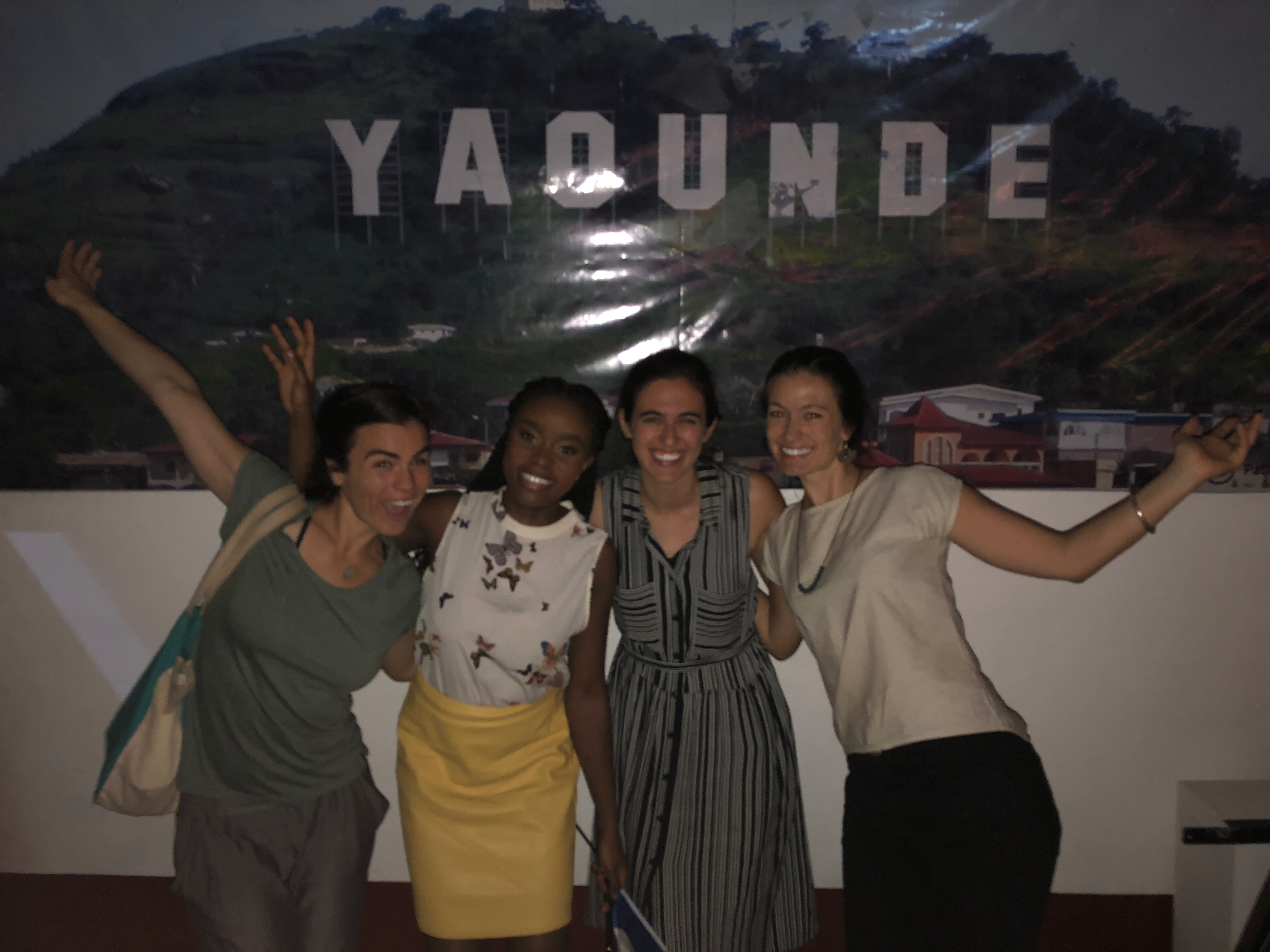 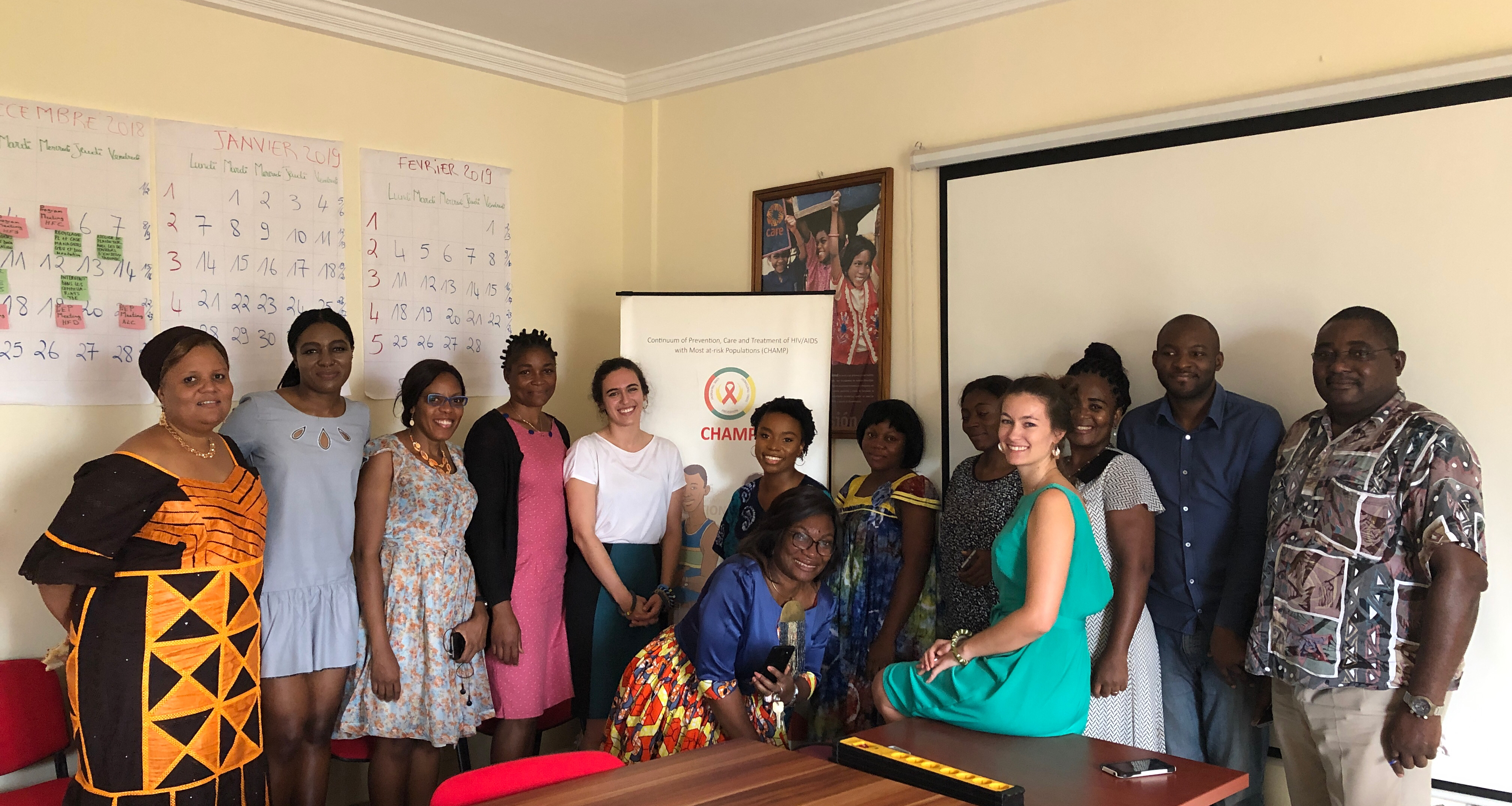