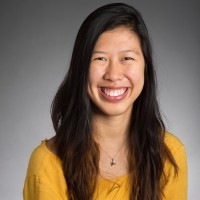 India-Phase 1: Secondary and Formative Research: Prevention and control of Anaemia in adolescent girls

Delhi is completely different than what I had imagined. In my mind, I pictured what many people picture when they think of India: hordes of people and a ton of poverty. But it was no Slumdog millionaire, Delhi is a thriving city. There were a ton of people, but because it was summer and hot, nobody was outside. There was practically no one at the Taj Mahal. It felt that I had Delhi all to myself. My risk perception was also off  - I was very nervous of all the news that Delhi was not safe for women. My mother didn’t want me to come. I was terrified the first couple times I went outside, holding my pepper spray in my hand. But nobody robbed me. Nobody even got close to me. Instead, I found people with so much passion for religion, people who believed in the goodness of others, people who spent their whole lives helping others. It helped me realize that the news often makes things scarier than not and to not judge before you get there. One cultural difference that I had trouble adapting to was the dinner times. Dinner in India is often at 10:30 PM at night. As someone who normally eats around 6 and often sleeps by midnight, I struggled to stay awake when I was invited to dinner with an Indian family.

Another thing I struggled with was bargaining. I loved it, because I could get anything way cheaper than I ever would have anywhere else. Ubers were <$2. Shoe repair was <$1. Everyone would go lower so I would buy their service or product, even if it was their lifetimes work. But I also hated it. I hated that the fact that I was giving them so little money, that it was barely enough to feed them – but if I gave them more money, I would perpetuate the stereotype to upcharge foreigners. It was something I fought with myself every day, if I should support the families or contribute to the harassment that often went on with bargaining with expats.

The work was not what I had applied for, but a very interesting perspective on what my public health journey would be like. As a communication center, the office got their work through request for proposals. During my first week, we worked on a request for proposals for a TV series for fecal sludge management, which we did not end up getting. Throughout the duration of my stay, we had a journalism workshop seminar series on Road Safety. We worked on an HPV and cervical cancer application, which eventually the contract was canceled. And finally, we worked on a proposal for disaster preparedness knowledge, attitudes, and perceptions. At first, after two weeks on working on it, we did not end up getting the proposal. That was mostly because of the cost we proposed to work on it for. Eventually, we did the proposal for less money, but it was a very real public health research experience: not knowing what our next job was, when it would be, and just writing proposals. I learned that this is what global health was – funding often gets cut, and projects that you have worked so hard on just might end. We are in the hands of the funding agencies. Here, I also learned how slow public health can be. Working with UNICEF Bihar (One of India’s states), also meant we had to work with UNICEF Delhi, and while we were told we would get a proposal when I first got here, the paperwork was only signed after a month since there were many people that needed to review the material. Working with large funding agencies often takes a long time, and often the work we did was not efficient.

Finally, I learned that I need a community – it’s hard starting over when you are by yourself. Reaching out to alumna was a great way to meet other expats around, but it made me think if I really wanted to work abroad for my career, since I am such a community driven person. In addition – I wondered if my life could be all research. After sitting behind a desk for so long, I realized that I want to do public health practice, not research, and that I miss the engineer inside of me, who used to dream a dream. Now, I’m wondering if I should go into social enterprise.