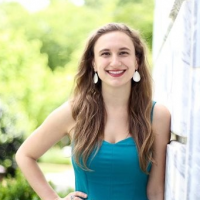 This research placement is part of an ongoing collaboration with the Department of Psychiatry at the Universidade Federal de Sao Paulo, Columbia University and Johns Hopkins. We began the Embu das Artes Pre-school Mental Health Study with the aim of studying mental health and other social determinants of child developmental outcomes in a low-income population. We completed data collection among a population of 1250 randomly selected children attending preschools in the Sao Paulo metropolitan area. We are seeking a US student to work in collaboration with a team of medical and other health professionals to team up with the Brazilian team to take part in ongoing activities related to the data analysis, management, and research oversight activities

My name is Andrea Molino, and I participated in the Global Health Established Field Placements (GHEFP) over the summer of 2019. I was based in São Paulo, Brazil, where I worked with the Universidade Federal de São Paulo (UNIFESP) Department of Psychiatry investigating maternal determinants of early childhood and cognitive development.

São Paulo is the largest city in the western hemisphere, so at first, I was, understandably, a bit overwhelmed. It’s a fast-paced and lively city, but it can also be slow and relaxed, as Brazilians take time to enjoy their days and surroundings. It only took a few days for me to love the city, and I would attribute that to how welcoming Brazilians and my coworkers were. Brazilians truly want Americans to visit and love their country as much as they do, and they are always excited to give recommendations, especially when it comes to traveling and trying new foods!

One of the barriers, as expected, was the language. I speak conversational Spanish and was hoping that my skills would translate to Portuguese, but that was not always the case. While reading Portuguese was sometimes manageable, pronunciations were often different, which would immediately label me as a foreigner. Although it was challenging, people were typically understanding when you did not speak fluent Portuguese; if you told them “Aprendendo português”, which means “I am learning Portuguese”, they would either speak slowly or ask if you speak English or Spanish. But if you at least tried, people were always impressed and appreciated that you were learning their language. Most of my research team spoke English, so there weren’t any issues there. Meetings were conducted half in English and half in Portuguese.

It did not take long for me to adapt culturally, but that was partly due to the fact that I was in a major city as opposed to somewhere more rural. São Paulo is a large, metropolitan center filled with aspiring artist and musicians, young people looking to promote social justice and change, and culture in every neighborhood. Many tourists skip over this city and just go straight to Rio de Janeiro or the Amazon, but São Paulo is truly the cultural center of Brazil. My weekends were filled with visits to museums and trips to new parts of the city, which ultimately made my research more meaningful as I learned about Brazilian culture and history.

I think one of the biggest challenges I faced personally was adapting to the workflow. I have worked in a medical or academic setting in the US for my entire career, so I am used to projects moving relatively quickly, and collaborators responding to emails and requests in a timely manner. My advice to a future student is to expect that your project will move slower than you may originally anticipate; that way you won’t be surprised, and you can take this into account when preparing a timeline before your trip.

I would encourage other students to apply for this type of experience since I learned a lot, had the opportunity to live in a beautiful country for three months, and got to experience a new culture. On a professional level, this project solidified my interest in child health, epidemiology, and using data to answer important questions. This experience helped me see that being an epidemiologist requires understanding the views of many parties (doctors, statisticians, the study participants), and requires flexibility and the capability to adapt quickly and easily. These are invaluable skills, and I know I will use them as I move forward in my career. 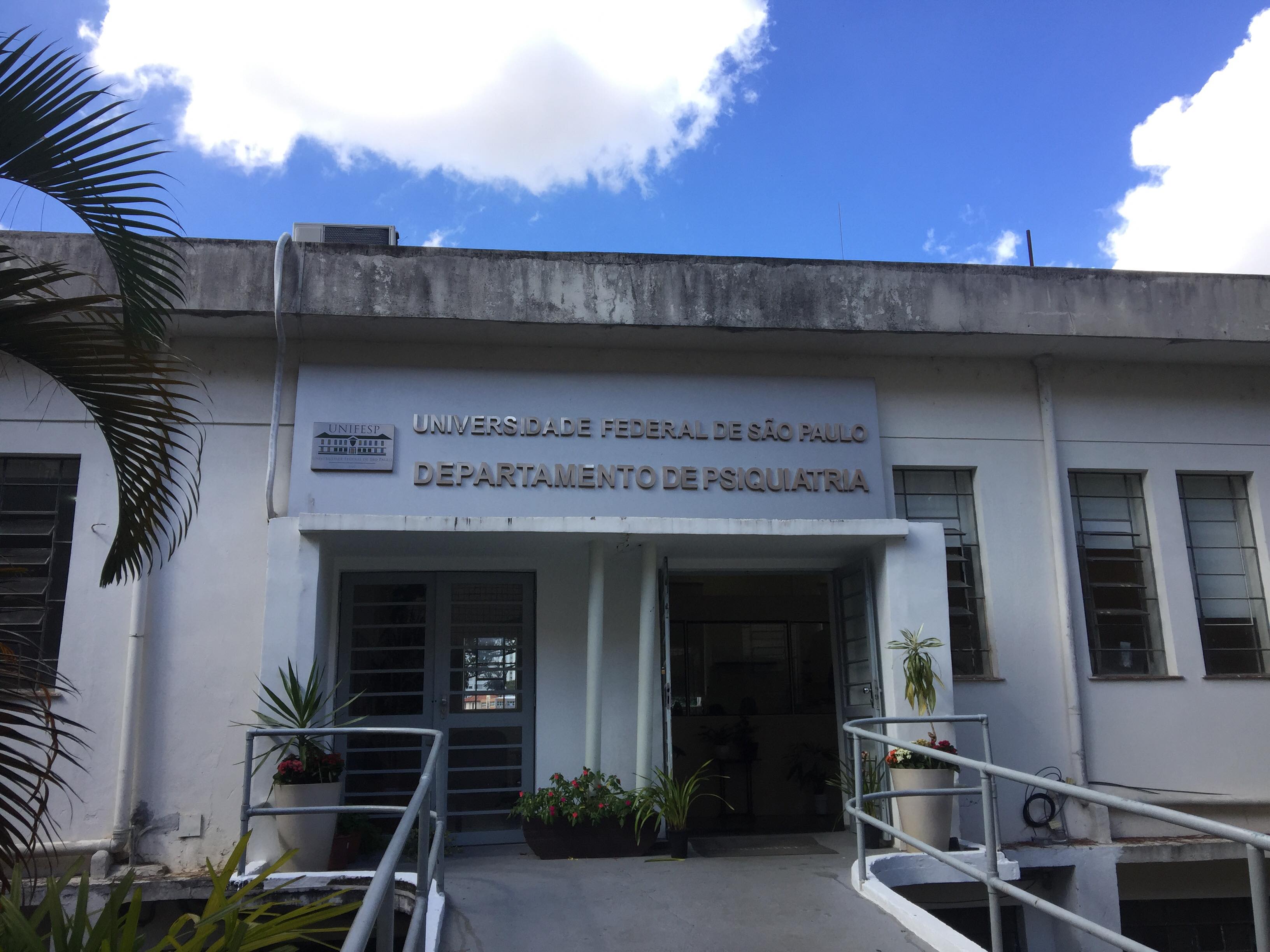 The front of the Department of Psychiatry office at UNIFESP. This portion of the building housed all the professors and academic offices for the department. This is also where we had our weekly research team meetings. 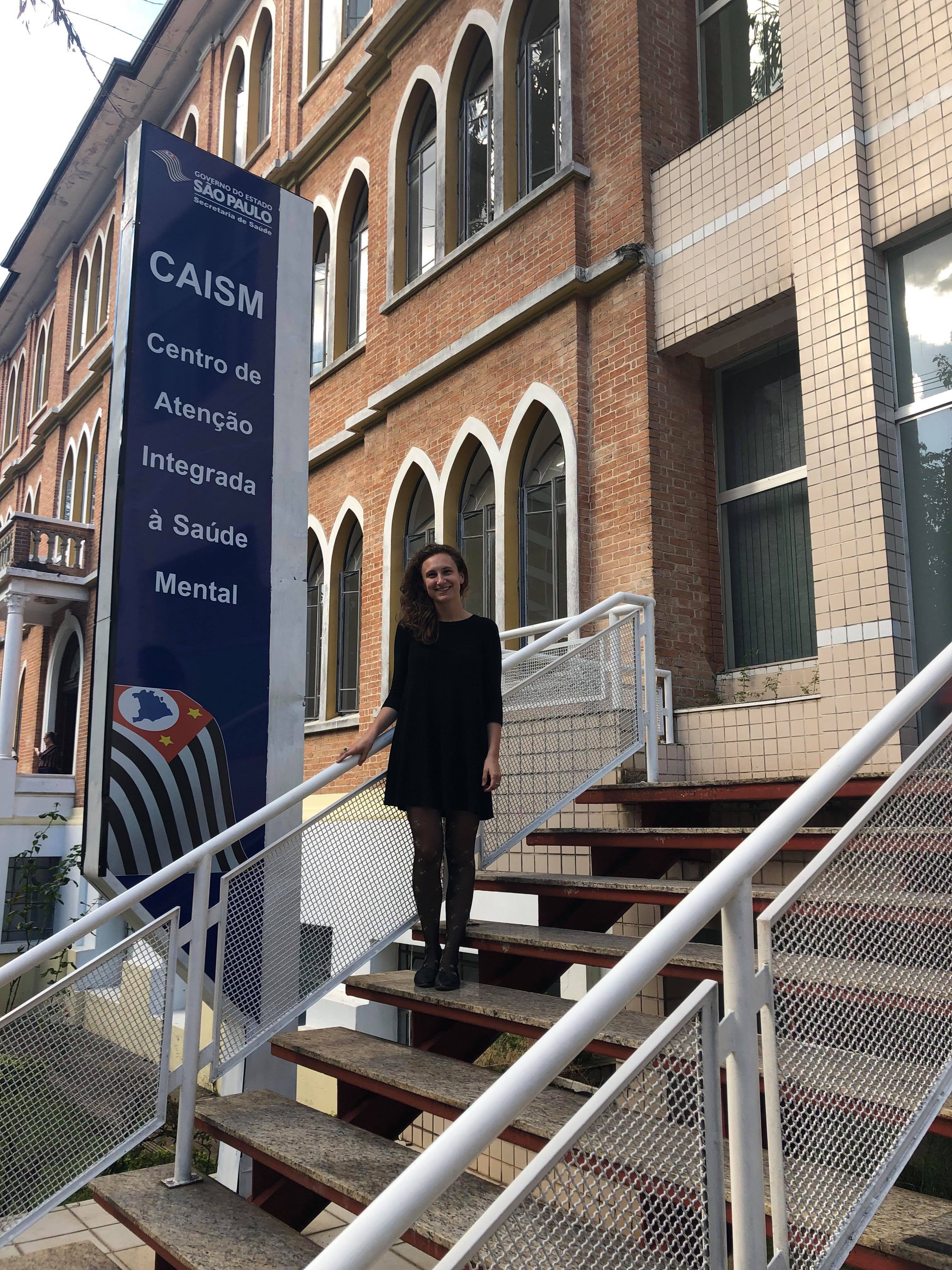 Me standing in front of the UNIFESP CAISM (Centro de Atenção Integrada à Saúde Mental) building. The top floor was where psychiatrists and psychologists saw their patients for appointments, the middle floor was an inpatient psychiatric hospital, and the bottom floor housed a day-hospital as well as a courtyard and the academic offices seen in photo 1. 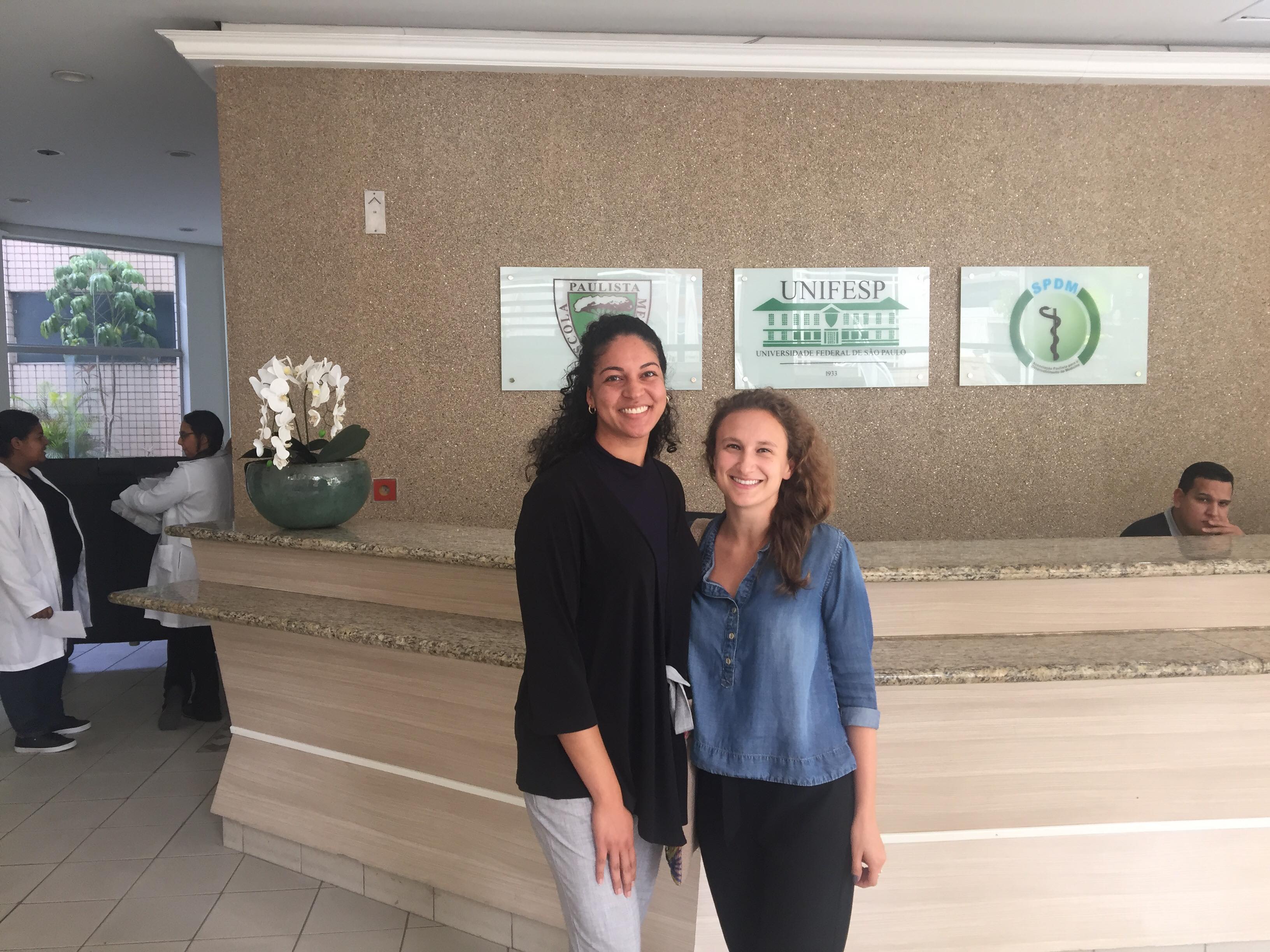 Me and Carolina Torres (an MPH student from Columbia University working on the same project) on my last day. Carolina became a very close friend and coworker, and we had the opportunity to explore the city together! 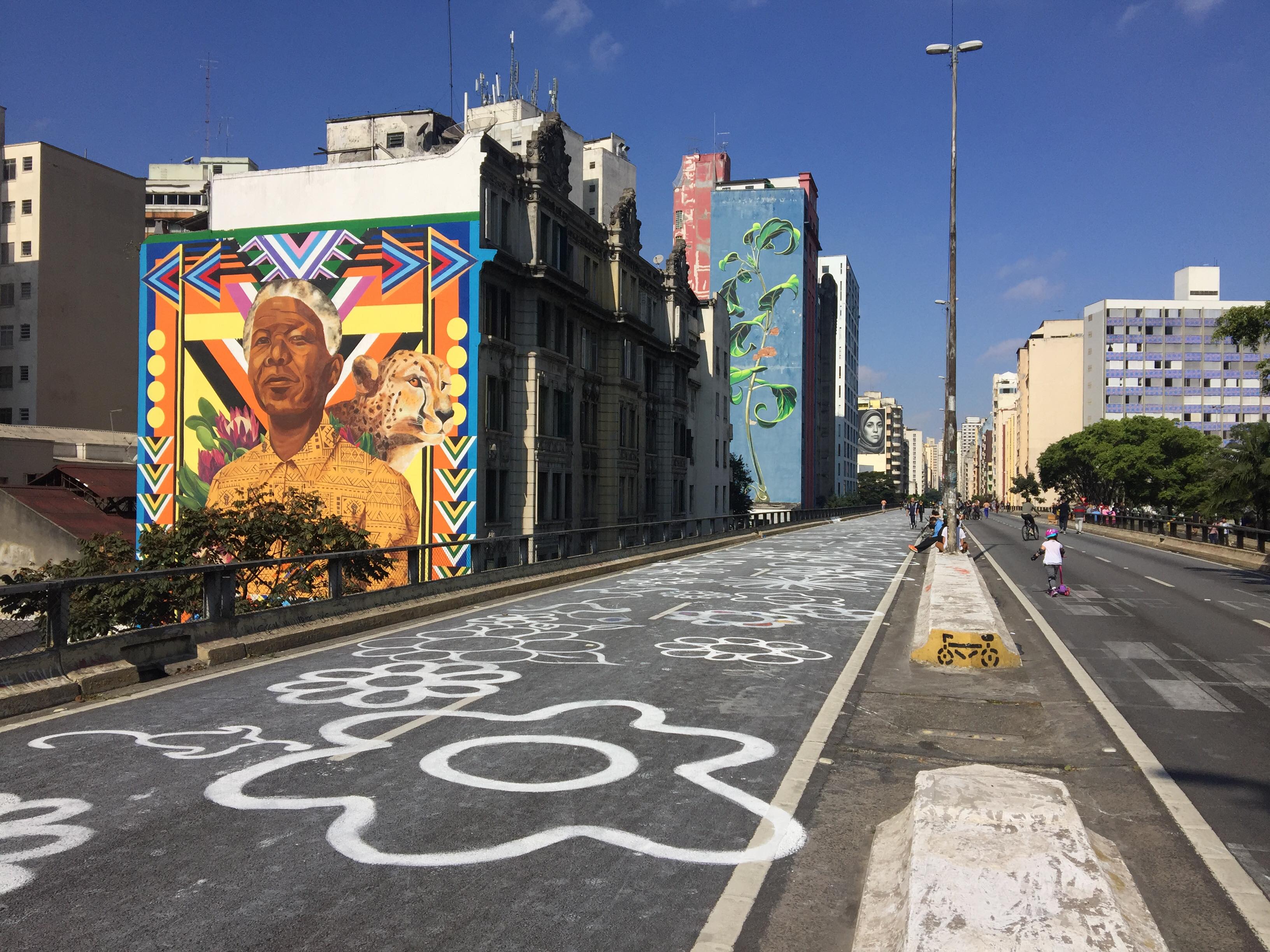 The Minhocão, or “the earthworm”. São Paulo is a concrete jungle, but the government does try to provide public spaces for recreation and exercise. This elevated highway, called the Minhocão, is closed to cars every Sunday, which allows for biking and running! It’s also filled with public art and people selling fresh coconut water. 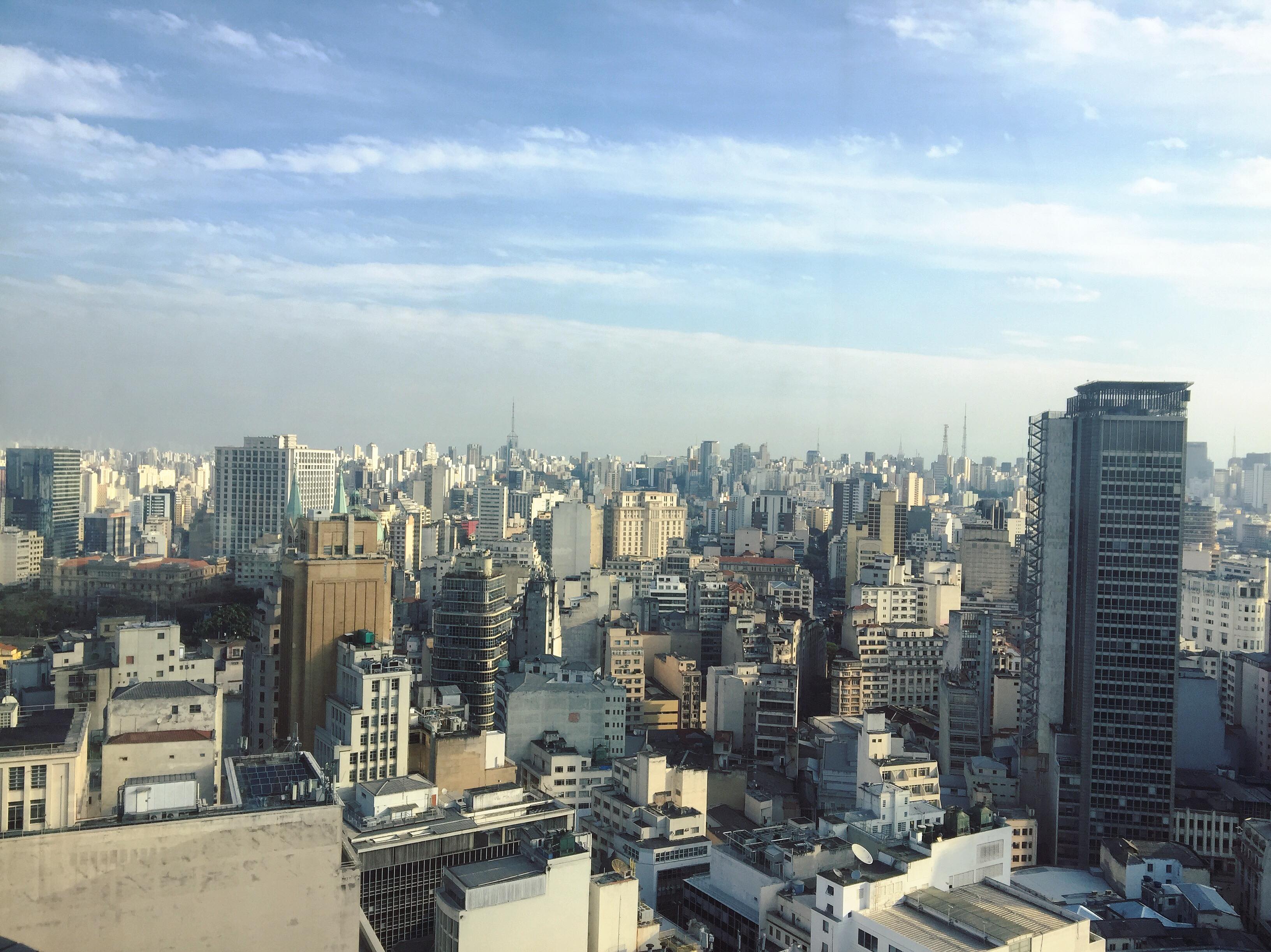 A view of the São Paulo skyline from the Farol Santander, a famous building with an observation deck. This photo really shows the immensity of São Paulo!