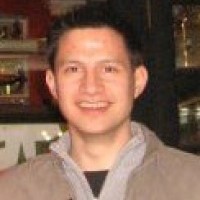 As of 2004 lymphatic filariasis (LF) is known to be endemic in Zambia, as well as 80 other countries worldwide, with 1.3 billion people at risk, including almost 500 million children. Over 120 million people have been affected, and it is the fourth leading cause of permanent disability, including elephantiasis. The World Health Assembly Resolution 50.29 (WHA 50.29) in 1997 determined that LF was a potential candidate for global eradication. Wuchereria bancrofti is an important Culex-borne agent of LF. Over half of all lymphatic filariasis transmission occurs through Culex pipiens complex mosquitoes, including Culex quinquefasciatus. More cost-effective vector control measures for Culex mosquitoes are needed to ensure success of the Global Programme to Eliminate Lymphatic Filariasis (GPELF), established in 2000, and sustainable disease elimination. Paratransgenic disease control, a strategy being proposed for a variety of vector-borne diseases, involves the utilization of genetically modified symbiotic microorganisms of the disease vectors to manipulate their vectorial capacity. This goals of this field project are to carry out adult and larval mosquito field collections, to perform preliminary characterization on a recently identified Culex flavivirus in Zambian Culex mosquitoes, and to explore virus-mediated options for vector and parasite control of LF in Africa.