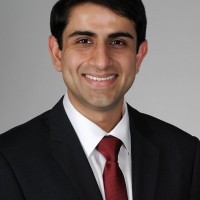 In my application to the Leitman committee, I wrote that my goals for my rotation abroad included: seeing new disease processes; learning how advanced heart disease was managed in low resource areas; mastering new physical exam skills; and learning about differences between our healthcare system and of India. Fortunately, during my rotation at the Krishna Institute of Medical Sciences in Hyderabad, India, all of these goals were met. I found differences between our health system and that of India’s at every level of the healthcare encounter – disease processes, cultural attitudes about health, available technology, and functioning of the healthcare system.

While some of the diseases I encountered in India were very similar to that of the US, especially coronary artery disease (anecdotally from my preceptor, obesity rates in India have risen over the last years with Westernization of the diet, and patients are presenting at a younger age with coronary disease; I saw several patients in their 30s who had already received coronary angioplasty), I was also able to encounter many novel diseases I have never seen in practice in the US. I was able to see two cases of unrepaired tetralogy of fallot in two children aged 5 and 12 who presented with shortness of breath and becoming “blue” with exertion (Figure 1). I saw a very unique case of a 60 year old who had survived with “swiss cheese” ventricular septal defects, or numerous holes in the septum separating his left and right ventricle. He presented in florid heart failure and with hypoxia (Figure 2). I also saw more cases of rheumatic mitral valve stenosis than I’ll probably ever see again. Almost daily we had a new patient present with severe mitral stenosis. Due to the frequency with which I saw this disease, I was able to witness its management from initial presentation, to development of heart failure, to eventual mitral balloon valvuloplasty (Figure 3).

My experience with cases of mitral valve stenosis highlighted the importance that the cardiology department placed on physical examination. They were able to tell often from physical examination alone whether a mitral valve would be suitable for repair with a valvuloplasty. An audible click with palpable first heart sound (indicating still flexible mitral valves without significant calcification) would be favorable for repair, and a slight systolic murmur accompanying the diastolic murmur (indicating mitral regurgitation) would prevent non-invasive repair. A similar exercise was done for patients with VSDs and left-to-right shunts. Detection of the PMI and determination of whether it was coming from the left ventricle (medial retraction of the impulse) or right ventricle (diffuse impulses) was a significant indicator on whether the shunt would be reparable or whether Eisenmenger syndrome had already developed. This emphasis on physical examination was systemized in their curriculum. Every Wednesday they had “bedside conference” where an interesting patient would be bought to the conference room. All fellows and guests were invited to examine the patient and one fellow was then to present all physical exam findings and their conclusion  (Figure 4).  The educational curriculum, overall, was robust, with weekly journal club, board review, and even a monthly conference from all cardiology departments in the city where the best cases were presented. Because of this emphasis on evidence-based medicine and knowledge sharing, most patients were treated per major society guidelines.

Apart from encountering novel diseases, I found learning about the health system in India to be equally fascinating. From what I learned, the health system there operates almost entirely on out-of-pocket payments from patients, with the existence of safety-net public hospitals. The hospital where I rotated had a separate wing for patients who were unable to pay. These patients, if they were below the poverty line, received free payment vouchers from the government. They were housed in a separate building of the hospital (older building), where they had shared rooms with many other patients, and lower staff (physicians, nurses) to patient ratio. The hospital had a newer, gorgeous wing (similar that of any US hospital) where paying patients were housed (Figure 5). They had a modernized cardiac ICU with all the equipment and state of the art cardiac catheterization lab (Figure 6) where they performed advanced procedures for critical patients (opening of chronic total occlusions, balloon valvuloplasty), with extreme efficiency and efficacy.

When patients needed to be admitted, they were asked to place a down payment and were given an estimate on what their hospital stay would cost. Many times, patients would defer admission (if not emergent) if they did not have the necessary funds. On separate occasions, I saw a patient in heart failure, a recently completed ST elevation myocardial infarction, and critical valvular stenosis go home in order to arrange the appropriate funds for admission. I felt as if this created almost a two tier healthcare system, with the best care going to those who could afford it, but “adequate” care going to others. One could certainly debate the ethics of this from either perspective.

Unlike the US, very few patients had insurance; thus healthcare operated on an almost purely capitalistic principle. Perhaps because of this, overall costs were actually quite low. An admission with angioplasty and stenting could be done for approximately $1300 (100,000 rupees); quotes for coronary artery bypass (including the surgery and days in the CT-ICU) were approximately $6000 (400,000 rupees). Medications were cheap, as well (from my own experience, I purchased one weeks worth of antibiotics for less than a dollar). All of these costs would be enormously higher in the US, where almost all healthcare expenditure goes through insurance companies.