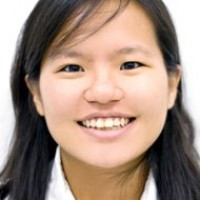 This malaria epidemiologic study site evaluates the parasite, vector and host in a hypoendemic region of the hill tracts of Bangladesh near the border of Myanmar. The JH Malaria Research Institute works in collaboration with ICDDR, B. The epidemiologic component builds on a solid foundation of a thorough demographic surveillance system in two unions with individual populations of 10 to 20,000. An active randomized population surveillance of 5-10% of the population throughout the year in the three principal age groups relevant for malaria provides the basis for malariometric indexes especially gametocyte carriage. Human data on anemia, genetic erythrocyte defects and immunity to malaria is also being collected. A longitudinal surveillance with blood sampling every 3 months is nested within the active surveillance. The study has a high rate of recruitment of pregnant women. In addition a passive surveillance of all documented malaria cases with followup for parasites, gameotcytes and some drug levels will be performed on day 2, 3, 7, 14, and 28. The surveillance includes a survey of knowledge attitude and practice. The peak malaria months are May to September.

After traveling for twelve to fourteen hours from the capital of Bangladesh, Dhaka City, a 25-years old backpacker reached a place that she'd never been to, called Bandarban. Unlike the previous backpacking experiences she had with 16 different countries, this time, other than essential traveling equipments, she also brought laboratory machines with her.

Bandarban is adjacent to the Bangladesh-Burma border where thirteen different Bangladeshi tribes reside. Bengali, the major ethnic group that composes 90% of the Bangladeshi population, is considered as minority in this region. "Why don't you speak Marma?" A local resident asked this backpacker out of curiosity in a tribal language named after the tribe, Marma. "Katherine is not from here. She's from Taiwan. She's doing her PhD at Johns Hopkins and working here on the malaria project." The field worker who went for home visits with me laughed out loud and quickly explained the situation to the resident. Even though I picked up some Bangla in Dhaka to go around the capital on a daily bases without too much of a trouble, it's still essential to know at least one tribal language to survive independently in Bandarban. Blending myself into the society with salwar kameez as a tribal resident was definitely one of the greatest advantages I have to work on the malaria research in the region.

Monsoon season didn't stop the malaria research team and I to go into the tribal villages and conduct questionnaires, collect blood samples, do rapid diagnostic tests for villagers at risk for malaria infection. Many neighborhoods are not accessible by cars, not even motorcycles. There were times my field partner and I had to park the motorcycle outside of the village, went down the muddy, unpaved, nearly 40 degrees slope to the river bank, crossed the bridge, went up the narrow windy alley for another 10-15 minutes to reach the closest households we are setting the mosquito light traps at. As distant from the town as it is, lots of the neighborhoods are without electricity. From catching mosquitoes' standpoint, a house without electricity might benefit the catchment count of the mosquito light traps as there is a small battery generated light bulb attached on top of each light trap -- it becomes the brightest point in the house -- to attract the mosquitoes at night. However, in terms of the quality of living, having electricity could provide more options on how the villagers can utilize their time at night.

The abundant rain in the monsoon season gave the villagers a new way to acquire their water source. Each household put plenty of containers right outside of the house to collect the rainwater flowing down from the edge of the roof. Depending on how fast the water gets used, there is a chance that those water containers could serve as a reservoir to breed mosquitoes -- which will in turn become a risk factor of malaria transmission. Toward the end of the summer, there was at least one week where heavy rain kept falling. The river was moving rapidly and the water level kept increasing. The area surrounding the field office, then, had river water flooded in for the first time since 2009 when the malaria project first started in Bandarban. All the rickshaw and CNG drivers had to pull over to the side of the road. The river level kept increasing till it overflew the bridge. It went so rapidly that some of the roads to certain villages were blocked. To finish the malaria fieldwork, one of the field teams decided that they had to leave the motorbike by the bridge, crossed it and went into the village by walking on the edge of the bridge. The rain continues. On the night bus back from Bandarban to Dhaka, some passengers shouted and pointed outside of the window. When the driver turn on the overhead light, I realized the flooded water level almost reached to the height of window. Luckily, this situation didn’t last for the entire trip. Everyone was safe.

Despite difficulties in data collection might had built due to the monsoon season, I still love the peacefulness in Bandarban and the enthusiasm and hospitality of the people. Life is pure, simple and without a lot of noise in Bandarban. Villagers were showering in the creek while my Bangladeshi colleagues and I were kneeing down at the side of the road picking fresh mangos from two tribal villagers’ baskets. Goats walked passed by us, sticking their head out of the edge of the bridge and peeking what was happening down at the creek. With a deal of 35 Taka (50 cents) per kg of mango, we collectively purchased 20 kilos that day! Although frequent power outage and dial-up internet access no longer accompanies me everyday after I came back to the States, I embrace the experiences I had during that time. Next summer, I plan to go back to Bangladesh, to Bandarban to visit friends and enjoy the nature. Meanwhile, I will keep working on my tribal language skills and brush up my Bengali to do an even better job in improving villagers’ health from malaria!