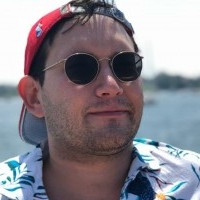 When I left Baltimore upon completion of my Comprehensive Exams, I had little idea what I was getting myself into. Members of the teams working in the area would smirk as they asked if I was fully prepared for living in rural Zambia for six weeks—a foreboding sign of what was to come. The journey to Kashikishi was the longest I’ve endured, despite believing myself to be well-traveled. Sixty hours of flights and layover times were followed by a fifteen-hour bus ride over unpaved roads. The Lusaka bus terminal was packed to the gills with the local homeless population, who gently stirred awake as the busses readied themselves for their 0400-departure time. Fellow travelers were surprised by my declaration that I would be taking the bus all the way to its final destination—not many Zambians, let alone (white) foreigners, made it that far north. Yet through these sleepily muttered conversations, I learned of a point of pride for the Zambian people that they emphasized to me over and again: Zambians as peaceful as they are friendly.

And this truism raised its head multiple times over. Walking through the small fishing village of Kashikishi, I was greeted with smiles and open hands to shake as the town got used to seeing a white man walking around. While Bemba is the primary language of the region, the overwhelming majority of the town spoke fluent English and would stop me on my way to and from my place of work to chat about a recent soccer match (they were obsessed with the sport) or whether I had been to the local waterfall (I eventually did). During the evenings, I was welcomed to the two town watering holes as a “usual”, purchasing and being handed beverages at regular intervals. Much of this camaraderie was provided by Mr. James Lupiya, a member of the JHU affiliate operating in the area who ostensibly was a village elder. I wouldn’t have had the great experience I did without him and his help. If I could stress anything to those that are given this award in the future, it would be to develop a strong relationship with a local such as Mr. James as it helps ingratiate yourself to the townfolk and gives you access to places and data that previously wouldn’t be available to you.

I occasionally had access to the internet at the hospital; there were power outages weekly if not daily; water was often cut off. Showers came in buckets of cold water and food came from the open-air market. Until my mentor showed up in town, I was the only Westerner within 100km2 of me. Larger towns, villages, and adventuring places were at least four hours away and the town’s entertainment came solely from watching soccer at one of the two watering holes. All this is to say that the experience was isolating at times, with few outlets available to capture any sense of American/Western life and even fewer activities to pass the time.

As to the work environment, I ended up spending the majority of my time at St. Paul’s District Hospital where I collected chart data on all children presenting with severe malaria since 2017. The work was at times monotonous, but the resulting dataset I created should help our research team better understand the risks that underlie mortality from malaria in this high transmission zone. I was also taken along on trips into the field to see how other malaria interventions are implemented in the region—including trainings on indoor residual spraying and human landing catches for entomological data collection. At times the work could be frustrating, with missing data everywhere and hospital personnel denying that such a thing could occur, but in a place without a strong medical bureaucracy, I can imagine that this is common.

Overall, I am extremely proud of the work I did and the connections that I made within the community there. I miss the camaraderie that developed amongst my local team. I hope someday to return to Kashikishi and continue to help this community in any way that I can, and I am thankful that Johns Hopkins enabled me to have such a profound experience. 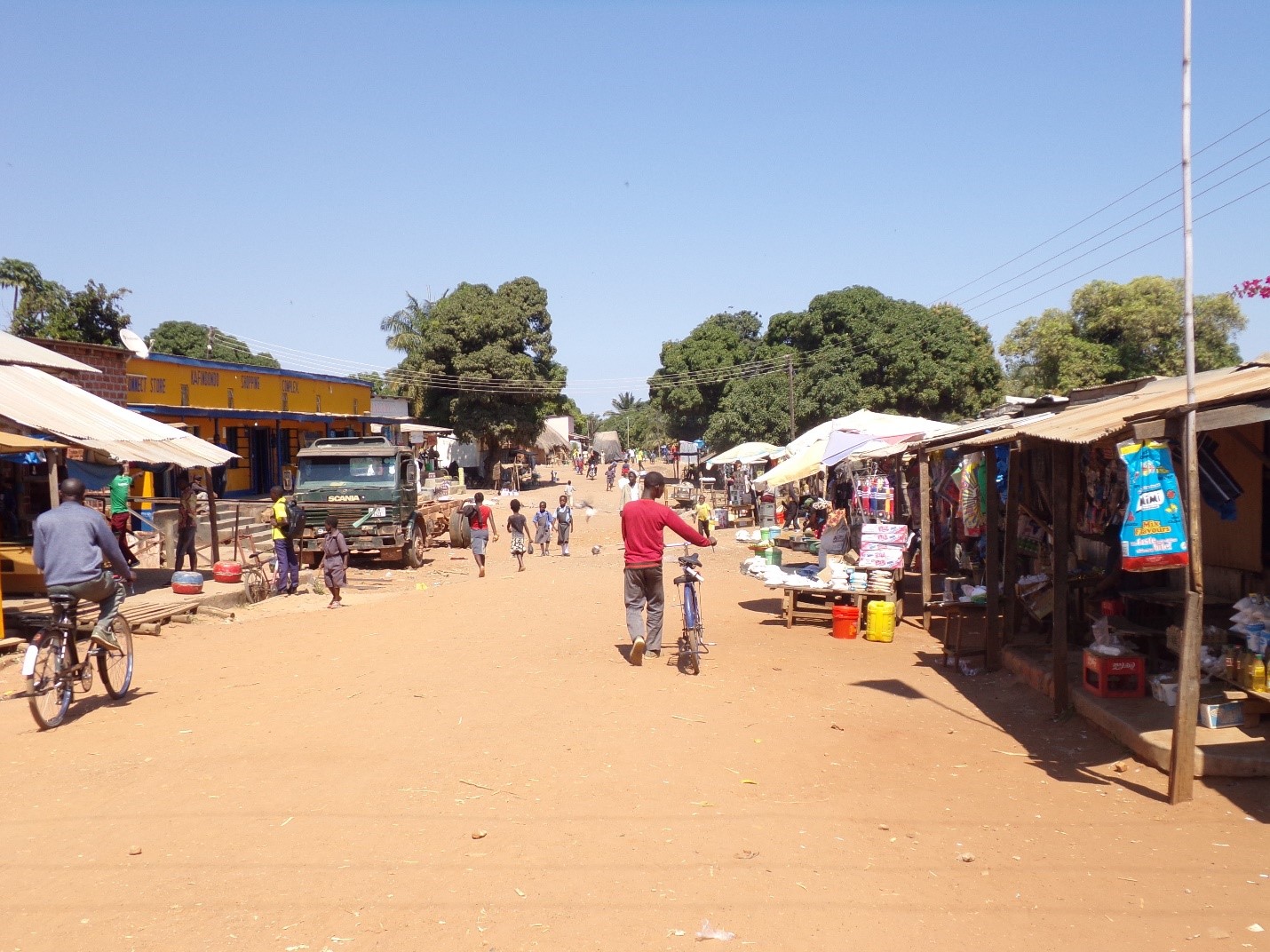 This is one arm of the Old Market of Kashikishi at noon. Children can be seen wandering home for lunch. To the left under the grey awning is Swahili, a local bar/nightclub/restaurant that serves the best curry chicken in town. Off in the distance behind the child wearing a yellow shirt is where village chickens can be bought to make dinner. 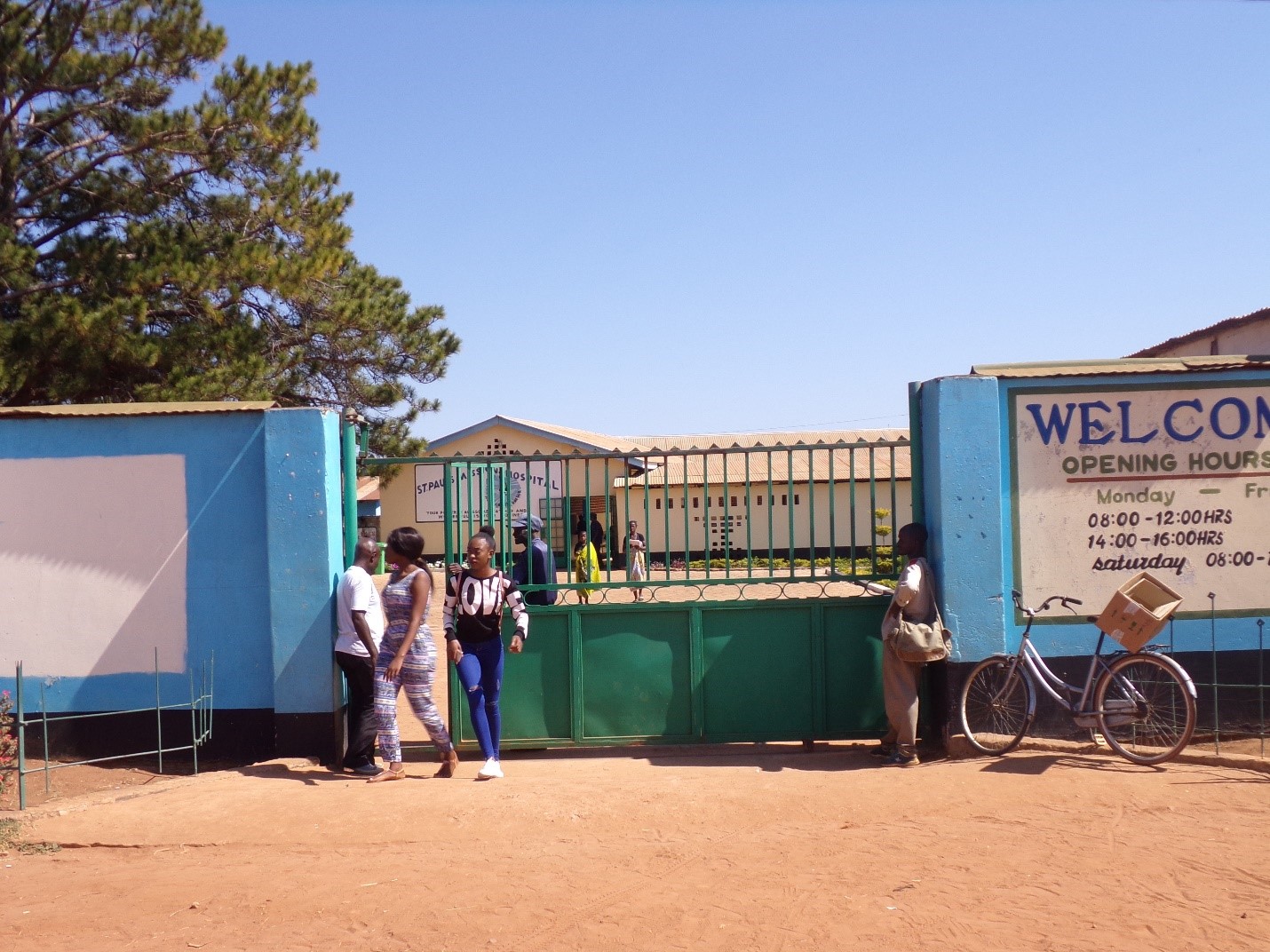 This is the exterior gate of St. Paul’s Hospital, wherein I spent my days collecting data. As illustrated on the right, the hospital closes to the public for lunch during the hottest part of the day as there is little room to shade all the patients’ family members. The interior of the hospital was open-aired and had a Spanish architectural feel to it, with high arches and courtyards filled with flowers. 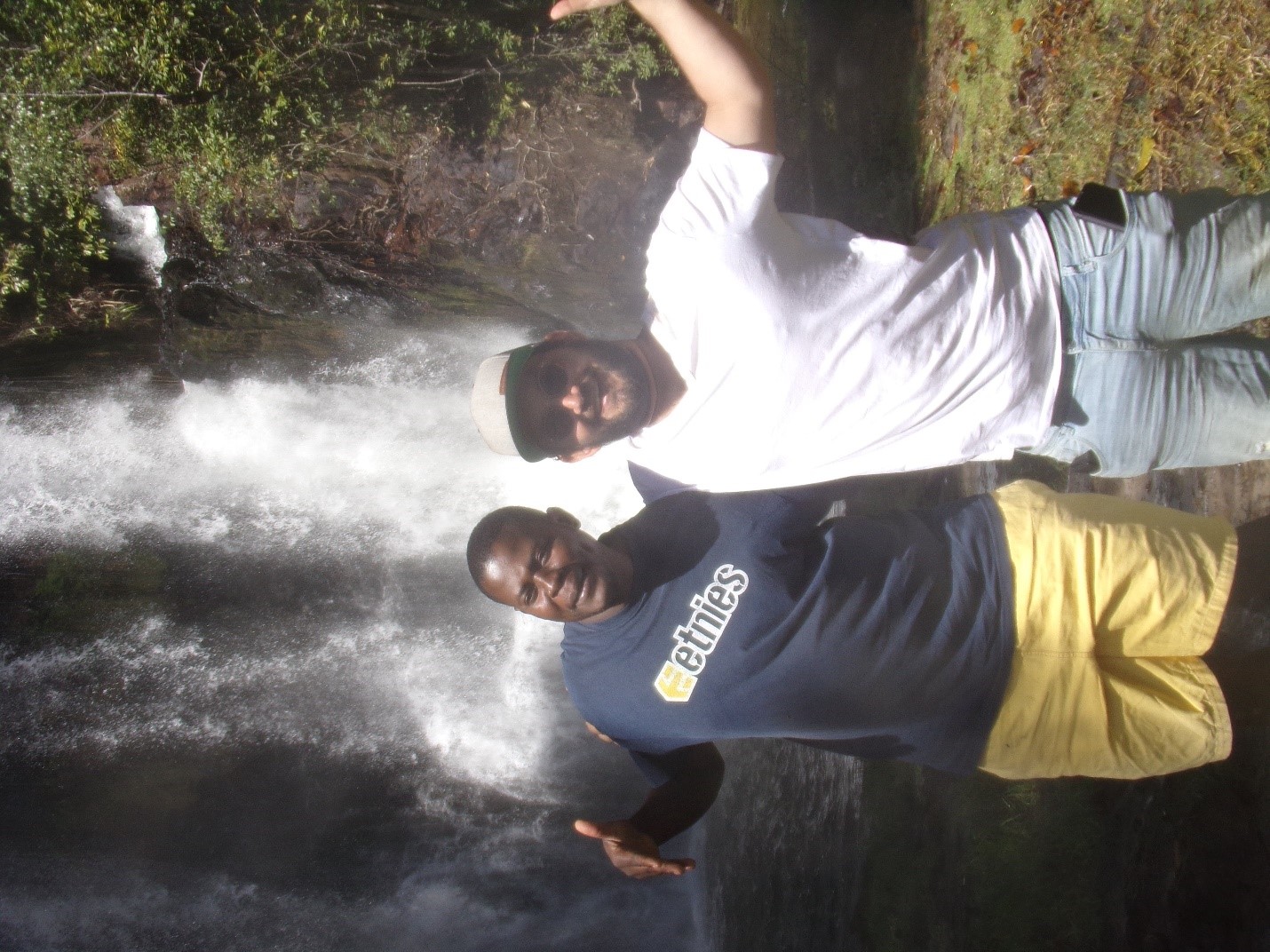 This is me (viewer’s right) and my colleague Clifford Tende posing in front of the lower falls of the Ntumbachushi waterfall. We eventually climbed to the top of the falls and swam around in the freshwater—the only place with non-parasitic water in the area. Afterward, we climbed down and grilled goat meat at a nearby picnic area. 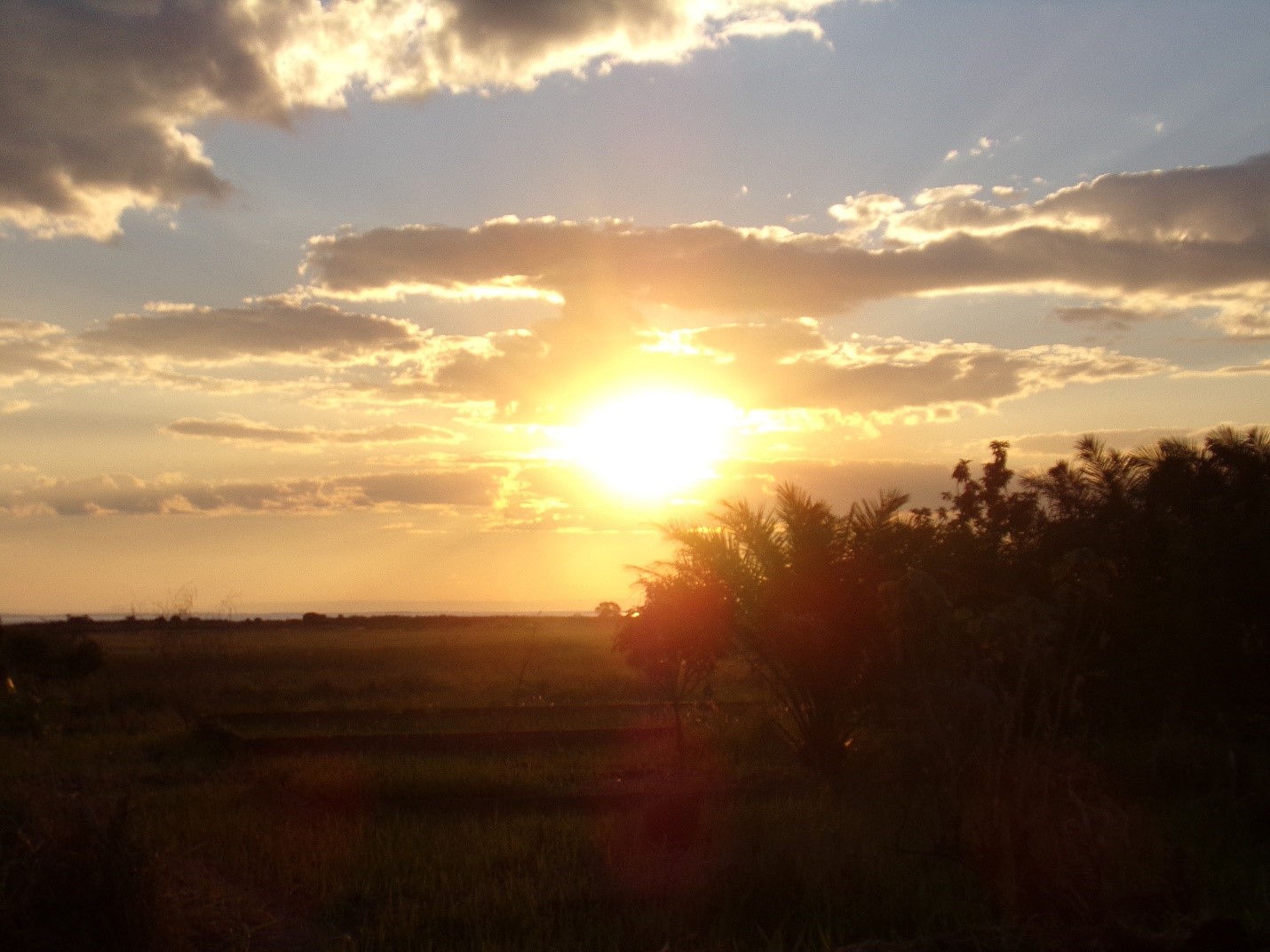 This is Kashikishi during “Golden Hour”. The blue off in the distance is Lake Mweru. Fishermen in the village leave around this time and make such a large flotilla that their lights on the water look like a city in the distance. The mountains behind Mweru belong to the Democratic Republic of Congo. Kashikishi acts as a major importer of Congolese copper that is then moved South to the mining towns near Ndola for processing.