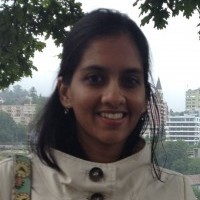 Tobacco use is a growing problem in South Africa. We currently have several tobacco related projects ongoing in South Africa and are planning many more including the following. 1) We have enrolled 560 HIV positive patients who smoke into a smoking cessation clinical trial. The final 6 month and 12 month follow-up visits are scheduled between now and September 2016. 2) We are currently conducting a smoking prevalence survey among boys and men seeking care for circumcision. These males range from age 12-over 40 and our objective is to characterize smoking prevalence across this wide age range to develop appropriate cessation interventions. 3) We are soon to be collecting DNA samples from participants in our cessation trial to determine if there are specific genes that confer addiction in an African population. In addition, we will be determining prevalence of alcohol use and exposure to household air pollution in this setting and among these vulnerable populations. These populations include people living with HIV, tuberculosis and/or diabetes. Qualitative research is needed in our setting to determine best interventions for cessation of tobacco and alcohol in these populations.

After a long journey, I arrived in Johannesburg on a Sunday morning with a mix of anticipation and apprehension about the 3 months ahead. At the airport, I met up with 2 Hopkins students who had already been in South Africa for a month, working on another project at the same site, and we drove down to Klerksdorp together. They quickly showed me the ropes around the office and on living in Klerksdorp, and any apprehensions were soon put to rest as I settled in to my new routine and environment. Klerksdorp is a small town in the North West Province of the country, about a 2-hour drive from Johannesburg. I worked with the Perinatal HIV Research Unit, located within the premises of the Tshepong Hospital complex, one of the many government health facilities in Klerksdorp. The complex also had housing, where all the students from Hopkins, including myself were staying. Living in the dorms allowed me to foster close friendships with my fellow Hopkins students as well as get to know the South African clinical associates who were also staying there. We were fortunate to have a car at our disposal, allowing us to explore different parts of the country during weekends. South Africa is home to diverse ethnic groups and through these travels I was able to interact with people from varying backgrounds, which contributed profoundly to my understanding of the social and political climate in South Africa.

The project I worked on was a qualitative follow up study to a recently concluded smoking cessation trial among patients with HIV. My role was to conduct interviews and focus groups with patients and counselors in the trial to receive their feedback about the interventions in the trial, understand barriers to smoking cessation, and identify other smoking cessation services that would be of help to this population. My main contact in the office was Edwin, a personable and fun-loving counselor from the smoking cessation trial. He helped me identify patients to recruit and conducted the interviews for me in the local language. We worked out of the Tshepong Wellness Clinic and Grace Mokhomo clinic, in a neighboring township. Visiting these clinics gave me a firsthand window in to the South African public healthcare system. Clinics had lines overflowing out of the gates, with patients queuing up as early as 5 am to be seen by a doctor. I worked out of the smoking cessation study room, which housed our study team as well as a small team from another study. The congenial work environment allowed me to interact closely with local staff and form wonderful relationships with them over the course of my stay. They were curious to hear about life in America, and I learned from them about the culture, ways of life and handy phrases in Tswana, the local language. I was moved by their dedication to public health and genuine concern for the patients they were working with.

Through this experience, I learned that although research can be a messy endeavor, where things seldom go according to plan, it does contribute to change. This became evident to me through my interviews, when patients attributed improvements in their health and quality of life to the smoking cessation services that they received from the study. While it is important to go in to a project with a plan, it is equally important to be flexible, be it recruiting patients or trying to find spaces in crowded clinics to conduct interviews. Building relationships with everyone you are working with is also essential. A greeting in a local language or bringing a box of cookies to the nurses in a clinic might be a small gesture, but goes a long way.

Leaving Klerksdorp proved to be harder than I ever imagined. Much as I learned about global public health and conducting research, I learned more about history, politics and building relationships with people. On my last day, I received a hug from the woman at the checkout counter in the grocery store that I used to shop at, which sums up the kind of warmth and hospitality that I encountered throughout my stay. I would like to thank the Center for Global Health for this unique opportunity.