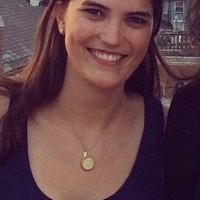 Evaluation of the effectiveness of integrate population-health-environment interventions for improving reproductive, maternal, and child health

With only 17% of its population urbanized as of 2010, an estimated population of over 84 million people in 2011, and a total fertility rate of 4.8 children per woman, Ethiopia faces serious challenges related to reproductive, maternal and child health, deforestation, loss of wetlands, encroachment of human populations on zones of high biodiversity such as national parks, and limited options for income generation in rural areas. Climate change and growing population pressures on the environment, including overgrazing and deforestation, threaten livelihoods and heighten the risk of food insecurity. Increasingly, communities and professionals in different sectors view population, health, and environmental issues as closely linked within a dynamic system. Interventions that integrate issues of human and ecosystem wellbeing, referred to as Population, Health, and Environment (PHE) interventions, seek to improve outcomes across a variety of development sectors. Non-governmental organizations (NGOs) pursuing a PHE approach work with regional governments to integrate the responsibilities of local-level, sector-specific government employees such as Health Extension Workers (HEWs) and Agricultural Development Agents (ADAs).  These NGOs also work directly with communities to develop interventions that address the needs not met by government programs. Few close examinations of individual components of PHE interventions have been carried out due to the nascent and multi-sector nature of the approach in Ethiopia.

For my GHEFP placement, I spent five months living in Addis Ababa, Ethiopia, as an intern with the PHE Ethiopia Consortium, an Ethiopian NGO that coordinates Population, Health, and the Environment (PHE) programs in rural areas across the country. PHE interventions are relatively new, and they take an integrated and multisectoral approach at improving reproductive health, environmental conservation, and economic livelihoods. Ethiopia has a high fertility rate (TFR of 4.6) and high maternal and child mortality rates. The country is also very rural - over 80% of the population of 94 million lives in rural areas, many of whom rely on agriculture for their livelihood. With an ever-growing population in rural areas, there are more mouths to feed and more people that need to farm to make a living, so there has been a rapid degradation of their fertile land. A number of NGOs in Ethiopia (and in similar countries) have recognized the interconnectedness of these issues, and have begun implementing programs aimed to address them.

I primarily worked on two projects in my time in Ethiopia, both of which were located in the Bale Mountains region of Southeastern Ethiopia - a priority area, because it is extremely biodiverse but the surrounding communities have begun encroaching into protected areas to find more fertile land for farming. One of the projects I worked on was developing behavior change communication materials that will be used to promote family planning to men and women of reproductive age in this region. I worked with local programmers and artists to make an illustrated book that will be used by health workers to facilitate discussions about the social, economic, and environmental benefits of having a small family and using family planning. This book has been translated into the local language and over 20,000 men and women in the Bale Mountains region will be exposed to it in the coming months.

The main focus of my practicum was conducting a qualitative process evaluation of a school-based PHE program implemented by a local NGO, also in the Bale Mountains region. After securing funding and IRB approval, I recruited and trained five local researchers and spent two weeks in the region for data collection. Although the research was ultimately successful, I encountered many challenges along the way. The research kept on being delayed, and I had to continuously advocate for the project to even be completed. Entrusting my researchers with the data collection was also difficult. Given the short amount of time I had to train my researchers, it was hard to assess their skills and knowledge surrounding the health issues and qualitative research methods. My researchers were all middle-aged men with their Masters degrees, so, even though I was technically their boss, there was still a prevalent power dynamic as I am a young, female graduate student. It was challenging to be respectful of this power differential and not come off as demanding or degrading, while also making my expectations for the research clear and calling out my researchers when they didn’t carry out a certain task as requested.

While I certainly faced many professional challenges throughout my time in Ethiopia, I also encountered personal challenges as well. Even my daily walk to work was exhausting - crowded sidewalks with shoe shiners and beggars, crazy minibus drivers, constant construction, daily storms during the rainy season. As a white woman walking alone, I was singled out by beggars and street harassers - a constant reminder that I didn’t fit in. Despite this, Addis Ababa felt safe to me, and I had a wonderful experience renting a room in an Ethiopian family’s house, where they welcomed me to join them in celebrating Ethiopian holidays. I was able to travel to some beautiful towns and National Parks around the country, ate delicious Ethiopian food, and even learned some Amharic.

Although there were certainly some low points, I am grateful for the opportunity to complete my GHEFP in Ethiopia. I learned many lessons about the common challenges that individuals and organizations face in development work, and I’m sure I will continue to encounter similar challenges as I pursue a career in global health.

A women’s group meeting, led by a health worker, in a rural town in the Bale Mountains region: 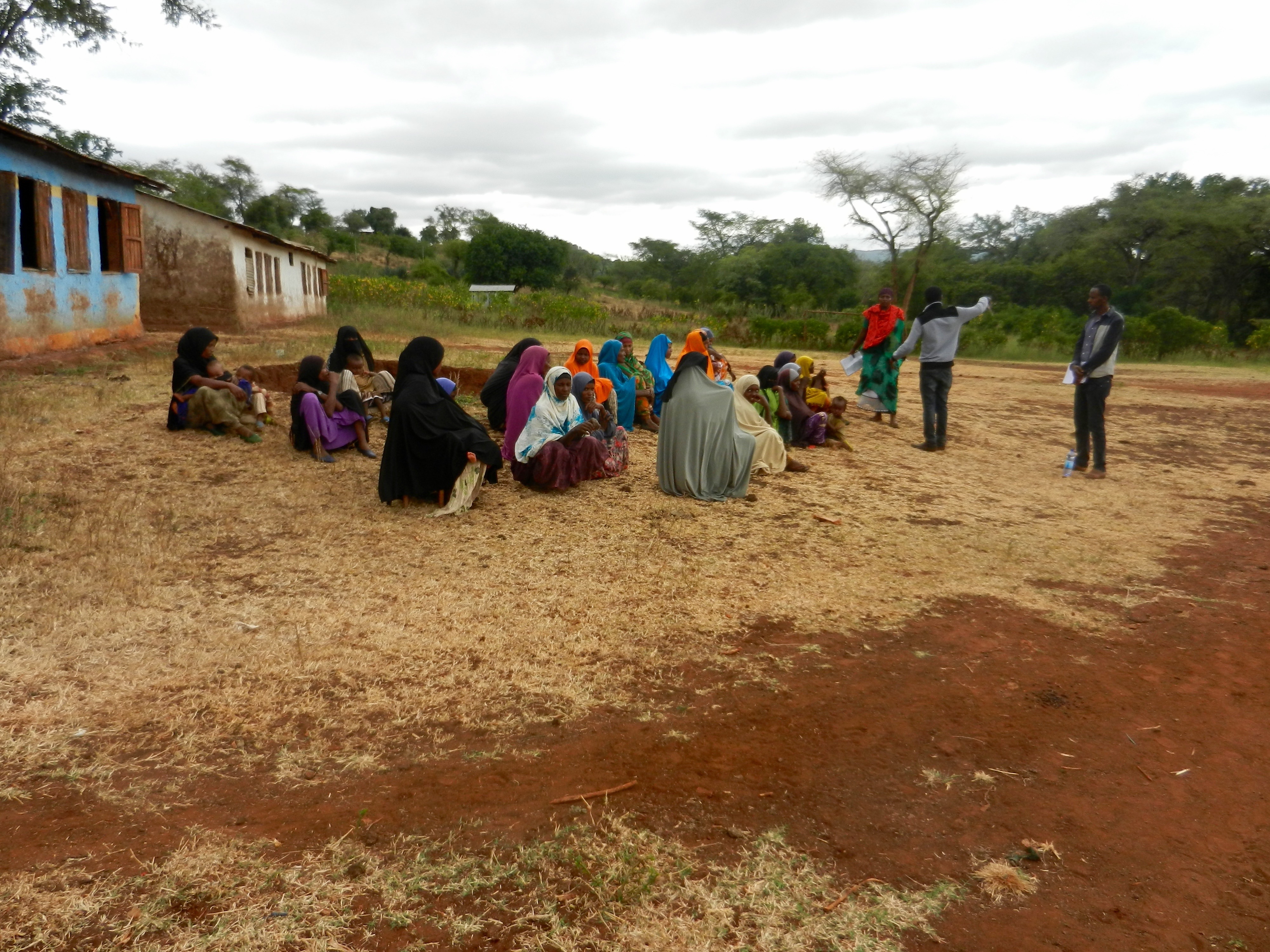 Mountain Nyala in the Bale Mountains: 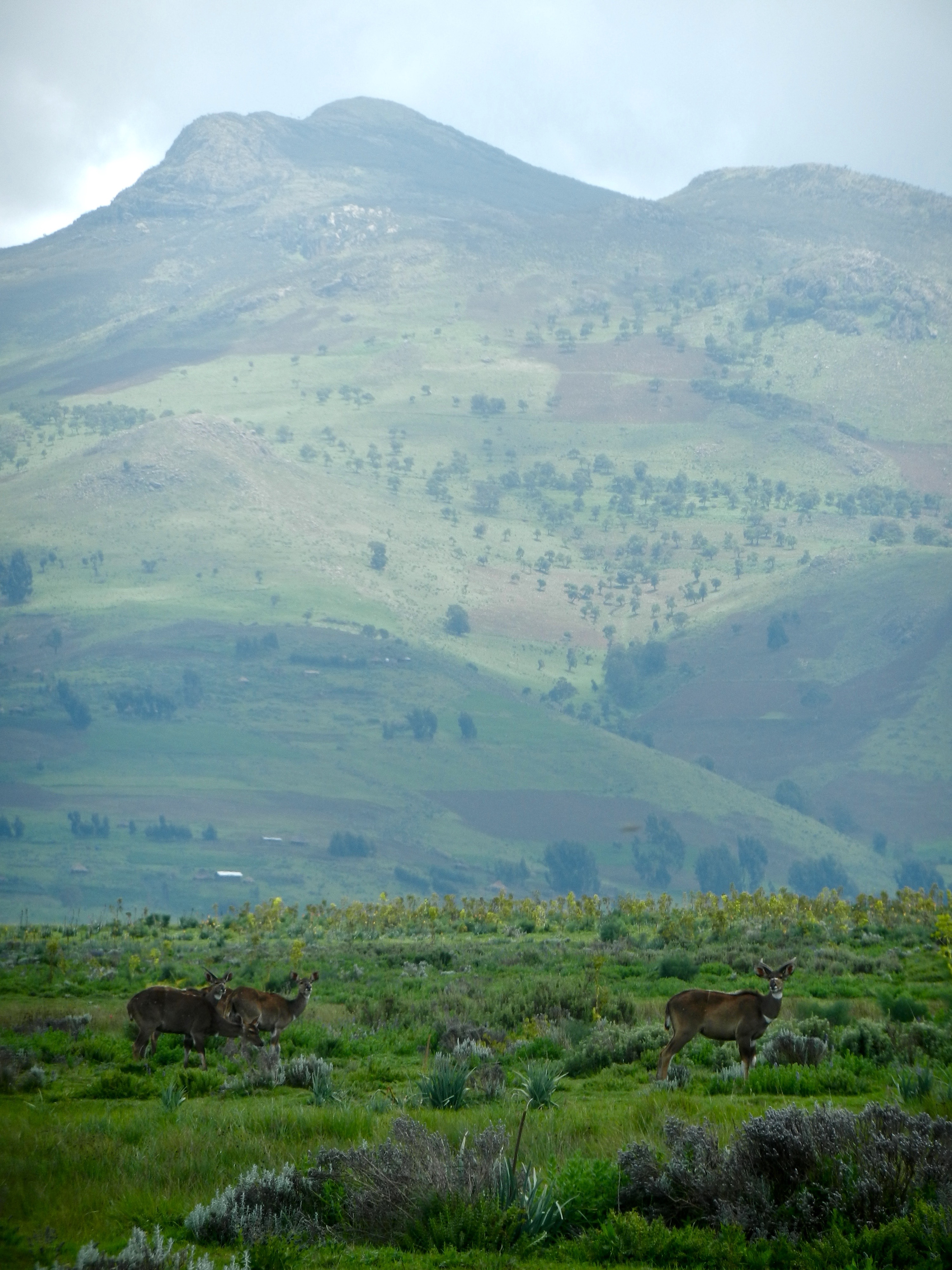 Dinsho Secondary School, one of our participating schools sites in our process evaluation of school-based PHE programs: 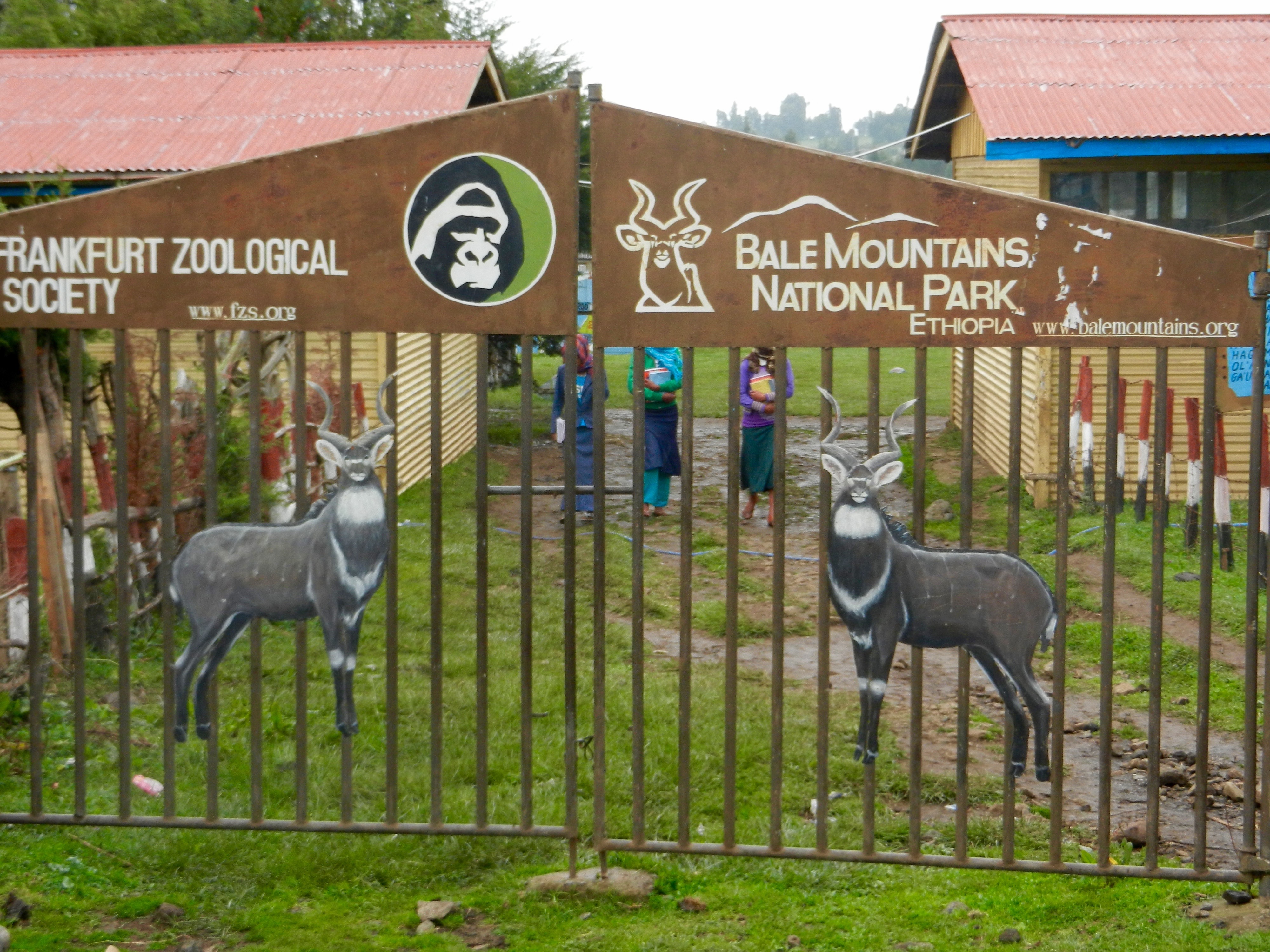 Sunset in the Simien Mountains in Northern Ethiopia: 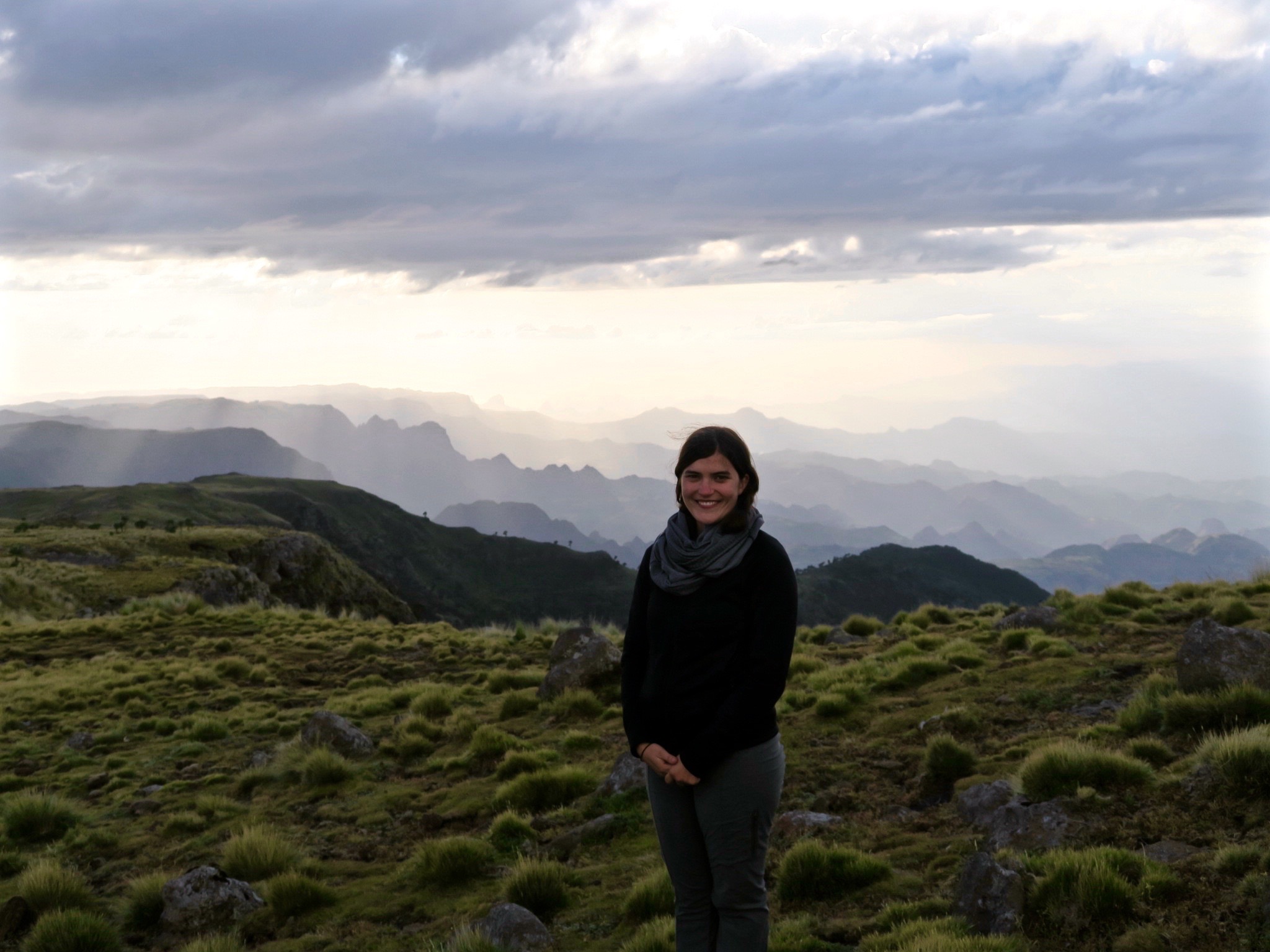 The business district in Addis Ababa: 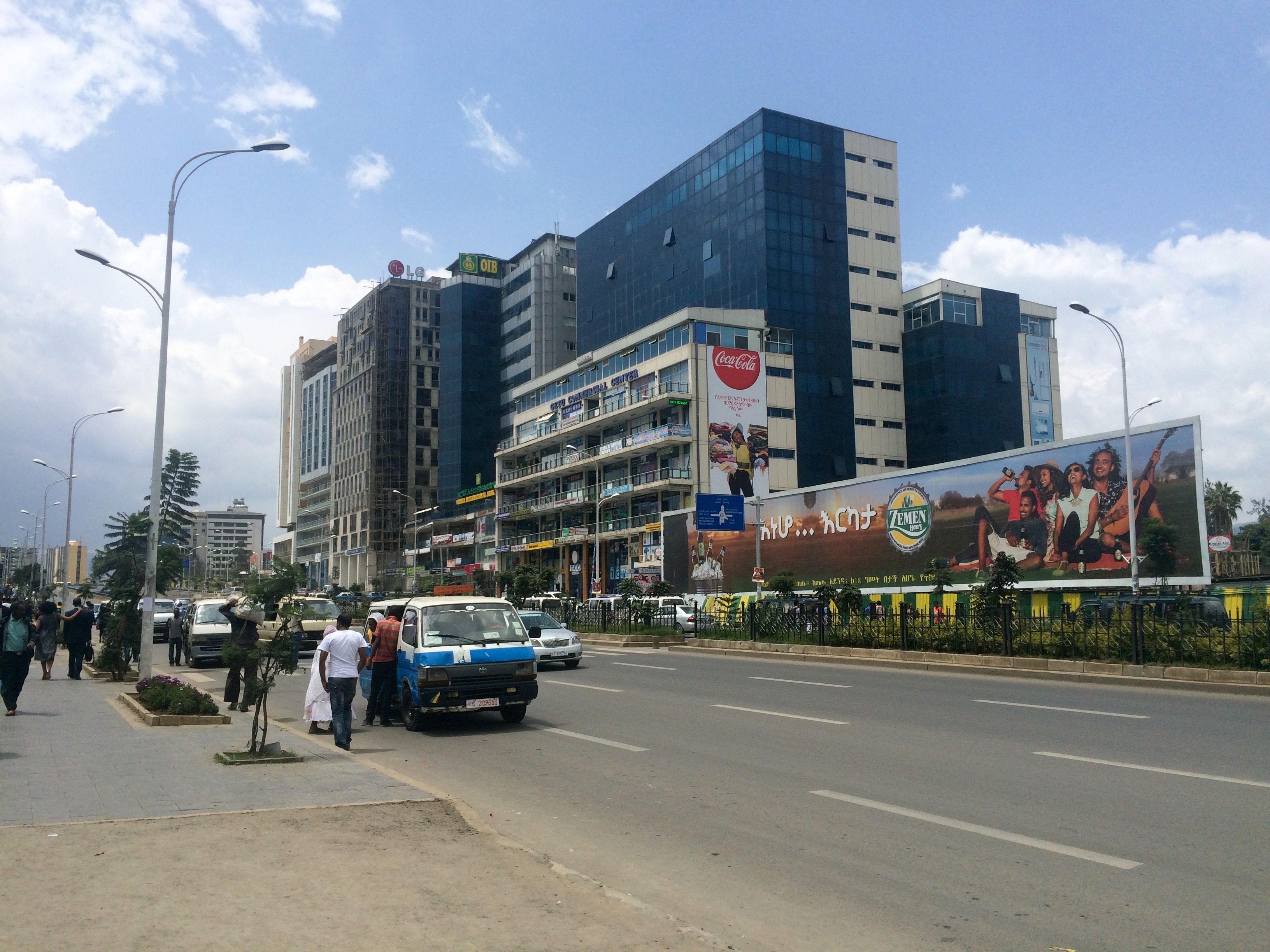