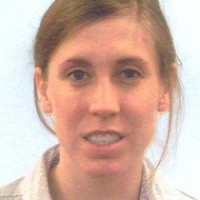 Barriers to entry of multi-drug resistant Mycobacterium tuberculosis (MDR-TB) cases into treatment: A retrospective cohort study in the Northwestern province of South Africa 2008

Mycobacterium tuberculosis (TB) is a curable and preventable infectious disease which inflicts a global disease burden of such great magnitude that the current pace and commitment of research in this area is both disappointing and precarious from a public health perspective. In 2008, there were an estimated 8.9–9.9 million incident cases of TB with 1.1–1.7 million deaths from TB among HIV-negative people with a half-million more among those HIV-positive. South Africa has one of the highest incident rates of all forms of TB in the world (ranking 3rd as of 2008) with almost 2% of these cases being multidrug resistant-TB (MDR-TB) and 30% of these cases are fatal within two years.