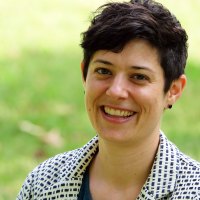 I had been preparing to travel to Tanzania all year. I had drafted the multiple tools for our study and played a lead role in preparing and submitting our protocol to the IRB. I obtained my work visa two weeks early, started packing the week before I left, visited the local travel clinic, filled prescriptions for flagyl and malarone, and packed a first-aid kit. On the long trip over I reviewed the multiple questions I had prepared to guide my assessment of the facilities and providers we planned to enroll.

None of these careful preparations had any impact on the key lesson I took away from my rotation.

To get to two of the facilities we had selected for inclusion in our study, I traveled with a group of trainers who were rolling out a service delivery project which involved conducting provider observations of the newly-trained “train the trainer” to teach providers facility-wide about a new standard of post-partum hemorrhage management.

A man, a very smart physician trained in some of the best programs in the US, was part of that team. Let’s call him Peter. He was near the end of a fellowship training in global health and had lived in refugee camps, provided care in multiple countries, and spent more time living abroad than in the US over the past few years. I was happy to get to know more about him, and during the first morning’s dirt road ride in the standard white Nissan™ SUV we established that we held a surprising number of mutual friends and colleagues in common back home.

The first health center they were training was not included in my own study, so I sat in the back to observe, interested in learning how this NGO runs a standard training session. The team unpacked their training mannequins, set up the paperwork station, made introductions, then asked the facility’s “train the trainer” to step forward and begin teaching her colleagues about the new technique.

By the end of the first 30 minutes Peter had interrupted the “train the trainer” and stepped up to the front of the room to correct how she was demonstrating the device. Looking around I saw embarrassment on the faces of the other team members. At the next facility Peter told two of the senior facility leaders that they wouldn’t be allowed to participate in the training because they had arrived late. One of the other team members spoke up to disagree, inviting the two leaders, in Swahili, to please stay. I stayed in my seat thinking I guess I’ve taken all the cultural sensitivity training I’ve received over the years for granted.

Outside the woman in charge of the training team pulled me aside and rattled off a number of complaints about Peter. She was most offended that he was insisting that certain parts of the training be conducted in English, so that he could verify the correct information was being imparted. She was angry that someone who spoke no Swahili had been sent to play this role on her team.

By the end of this trip my command of the Swahili language had quadrupled, from 5 words to about 20 words, but I could tell that the underlying issue was not that as simple as language lost in translation.  I offered some advice on how to deal with an American; I said that Peter would likely respond well to very direct feedback, that she should feel comfortable telling him that he couldn’t step in and interrupt, and that buy-in from facility leadership was much more critical than if they qualified as study participants.

The whole situation blew up – the Principal Investigator and the Country Chief of Party were pulled into the conversation, emails with much too many exclamation points were sent, snarky comments exchanged.

I don’t care for gratuitous drama, and this drama seemed particularly unnecessary. I did speak to Peter, at the request of the team lead who had pulled me aside. He was feeling frustrated, but was pretty unaware of how his own behaviors were creating the situation. I shared some thoughts about the importance of facility leadership buy-in in a long-term project, and encouraged him to try to communicate more openly with the team. I was glad when my own project’s facility assessments caused me to move on with a different team, but I continued to be made aware of little snippets of the fall-out the rest of the week.

To tease out the lessons from this story, working in a foreign culture requires an awareness of the relative power and privilege of one’s own native culture. These invisible attributes are ever-present in cross-cultural interactions. An acknowledgement, if only in one American’s mind at a time, can change the game.