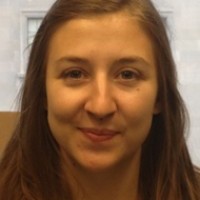 Malaria remains a global public health burden. Mosquito resistance to insecticides and parasite resistance to anti-malarial drugs necessitate new approaches to curb infection and transmission. One promising strategy of reducing malaria transmission is through a malaria transmission-blocking vaccine (TBV). Antibodies specific for an alanyl aminopeptidase (APN1) present on the midgut surface of several malariatransmitting mosquito vectors in the Anopheles genus have demonstrated impressive ability to block malaria parasites from invading the mosquito midgut, implicating APN1 as a promising target for a transmissionblocking vaccine antigen. However, natural parasite polymorphisms in endemic regions may limit the utilty of such TBVs that were tested against laboratory strains. In ex vivo field trials in Cameroon, anti-APN1 antibodies (IgG) exhibited sterile blocking (100%) against naturally circulating isolates of the malaria parasite Plasmodium falciparum. It is currently unknown whether anti-APN1 IgG inhibits invasion of the species Plasmodium vivax, the primary cause of malaria in South America and Southeast Asia. The goal of this project is to evaluate whether anti-APN1 IgG is effective against the malaria parasite species P. vivax and if it maintains efficacy against genetic variants of P. falciparum that have evolved in other regions of the globe. Transmission-blocking assays using the anti-APN1 antibody will be performed against Thai isolates of P. falciparum and P. vivax in Maesod, Thailand. Subsequently, genetic analysis of Plasmodium isolates will be conducted to allow for further investigation of the limits of the transmission-blocking activity of anti-APN1 IgG by members of the Dinglasan Laboratory.