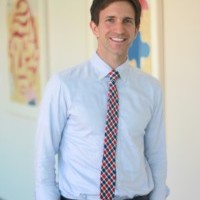 My research focus is on malaria elimination. Specifically, I am interested in the use of currently available agents to block the onward transmission of malaria. As a Lietman Fellow, I will travel to Zambia where our research group recently completed a clinical trial examining the antimalarial activity of artemether-lumefantrine (CoartemTM). In collaboration with local mentors, I will test patient specimens for parasite and drug levels to generate pharmacodynamic-pharmacokinetic models of Coartem. This work will establish important protocols and provide pilot data to inform a subsequent clinical trial comparing Coartem to another first-line agent, dihydroartemisinin-piperaquine (ArtekinTM), which I am currently funded to implement with co-mentors at the Johns Hopkins School of Medicine and Bloomberg School of Public Health. In addition to these research activities, I will rotate through the Macha Mission Hospital inpatient wards and outpatient clinic to participate in patient care. During my stay, I will meet for the first time our Zambian research partners including Ministry of Health officials, leaders of locally-based nongovernmental organizations, and Tropical Disease Research Center scientists.

Ndeeshambilila icibemba. “I am studying Bemba.” Along with the morning, afternoon, and evening greetings in the local language, I committed this phrase to heart and it paved the way for integrating as best I could into village life in Nchelenge.

A few days prior, I boarded a plane from New York City and landed twenty-four hours later in Lusaka, the capital of Zambia. I found a hotel near the intercity bus station, rested from the long flight over, and purchased an overland ticket to Ndola in the Copperbelt region where our collaborators maintained laboratories and offices. After just a day of introductions, facility tours, meetings with Victor Daka the parasite biolologist, Osbert the parasite geneticist (and chess master), and Jean-Bertin, an emigrated Congolese doctor and local hero—he was the only doctor in Nchelenge District for five years, receiving patients from three surrounding districts—it was time to get back on the road. It had been eight hours to Ndola and now another fourteen to Nchelenge, perched in a far northern pocket of Zambia. “I can see Congo from my house,” I wrote home. More emphatically, I wrote home about the human toll from malaria that I witnessed.

Months before my arrival, the district hospital had been singled out for having the highest malaria case fatality rate in the country. On our field excursion, eight out of ten children at the first house we surveyed tested positive for malaria. The second patient I saw in clinic was a young woman in her twenties too weak to clutch her infant any longer, gasping for air as her lungs tried to compensate for the lactic acid building up in her blood as it spilled from malaria-hemolyzed cells. She did not survive the hour. Over the next four weeks, my examination of the laboratory logbooks and hospital registries found that malaria accounted for more than one-third of pediatric hospitalizations and almost half of child deaths in the hospital. The rural health centers were not equipped to treat severe malaria—there were no intravenous antimalarial drugs onsite—so delays in treatment were commonplace as patients’ families struggled to find and pay for a motorbike or car to the hospital over the single unpaved road.

I had a number of objectives on arrival. This was a site visit to the rural health center where, later this year, I will lead the launch of a clinical trial of two antimalarial drug combinations, testing their specific pharmacodynamics in humans for the first time. The project will serve as the basis of my Ph.D. research at the Johns Hopkins Bloomberg School of Public Health, and subsequent grants. I was also charged with collecting pilot data for a surveillance program of severe malaria in the region. Dr. Jean-Bertin was my local expert and guide. He opened up the district hospital to me, and helped form a new collaboration. Sister Tente, a pharmacist, was the chief hospital administrator, and Dr. Luc Kamavu oversaw patient care; they enthusiastically embraced the project and ensured a productive month. I attended rounds on the medical and surgical wards, assisted in the examination and diagnosis of patients, and undertook a study of common practices around malaria diagnosis, treatment, and documentation to inform our surveillance.

At the conclusion of my trip, I hosted new friends and colleagues from the hospital, clinic, and local ministry for a “fry”—the Zambian version of a backyard barbeque. Over plates of roasted goat and chicken, and bottles of Victoria Falls “Mosi-ao-Tunya” lager, ideas were exchanged between the director of the hospital laboratory and the rural clinicians, the local minister of health picked my brain about mass drug administration for eliminating malaria from Nchelenge, and I practiced the little Bemba I had learned. Tukamonana, I said as the guests left. “We will see each other soon.”