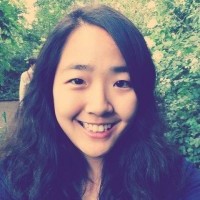 VectorWorks is a five-year global malaria prevention project, funded by the President's Malaria Initiative. The purpose of the VectorWorks project is to support countries to achieve and maintain high levels of coverage and use of long-lasting insecticide-treated mosquito nets (LLINs), as well as to facilitate the adoption of proven alternative vector management interventions, including those targeting specific sites or populations. VectorWorks activities focus on three main areas: policy, monitoring and evaluation, and implementation support. VectorWorks Liberia supports the National Malaria Control Program (NMCP) on various activities including supporting the development and implementation of antenatal care (ANC) and institutional delivery (ID) supportive supervision in all of Liberia's counties. VectorWorks Liberia is also conducting a process evaluation of the countries mosquito net mass distribution that took place in the early part of 2015.

I wanted to work with VectorWorks because I was interested in malaria and vector control and because I was very much interested in the work JHU Center for Communications Program was doing. I really believe that communication of knowledge is key to behavior change and I wanted to be a part of the process by documenting success stories and observing how global health work is being conducted on the field. In Liberia I worked for both VectorWorks Liberia and Health Communications Capacity Collaboative (HC3) and the experiences that I have had through working for these projects really opened my eyes to how global public health projects are being conducted to improve the health of communities in Liberia. Two of the most memorable experiences I’ve had during my six week of stay was writing a blog post about Ebola’s impact on the trust between the health workers and the community and participating in health advocacy meetings in Lofa county.

Health facilities all over the country have been harmed by the Ebola outbreak and the communities’ distrust towards the health facilities was at its highest during the peak of the epidemic. Despite the concern that the public no longer finds the health authorities credible, more and more people were going back to the health facilities and I decided to focus my blog post on why such a change was occurring. I found out through various interviews that much effort has been made by the Ministry of Health, and various international organizations to rebuild the trust between the healthcare providers and the community. Their attempts at restoration through health education and community engagement programs have made a significant impact on the relationship between the communities and the health facilities and now, more and more people are going back to community health clinics. It was incredible to see for myself, how an effective health intervention created through a collective effort from the government and international organizations could have such a significant impact on the the community.

During my 4th week in Liberia, I participated in three health advocacy meetings in Lofa, which is a county that reported the first case of Ebola in Liberia. During the health advocacy meetings, the HC3 team empowered the health workers from Lofa and emphasized their role in the community through various activities. As a group we talked about what trust and compassion is and how these things are directly related to the health of their communities. I was deeply moved by the attitude of the health workers while I was documenting and participating in these meetings. I was able to feel their pride as health workers serving their communities and was able to notice how much they actually cared for their community. They were encouraging each other to love their community, be truthful and really care for the health of their people. Listening to their words made me realize how important community empowerment is and how critical of a role community health workers play in promoting healthy behavior.

Writing this now, I can’t believe that my six weeks in Liberia had already passed. I met so many great people during my stay here and was able to learn so much from them by just taking to them and hearing their stories. I am truly grateful for the experiences I was able to have here and feel that I have learned so much about on the grounds field work through my time in Liberia. I would recommend GHEFP to any student who is interested in global health as it really will be an eye opening experience to participate in real life public health works that is happening on the ground. 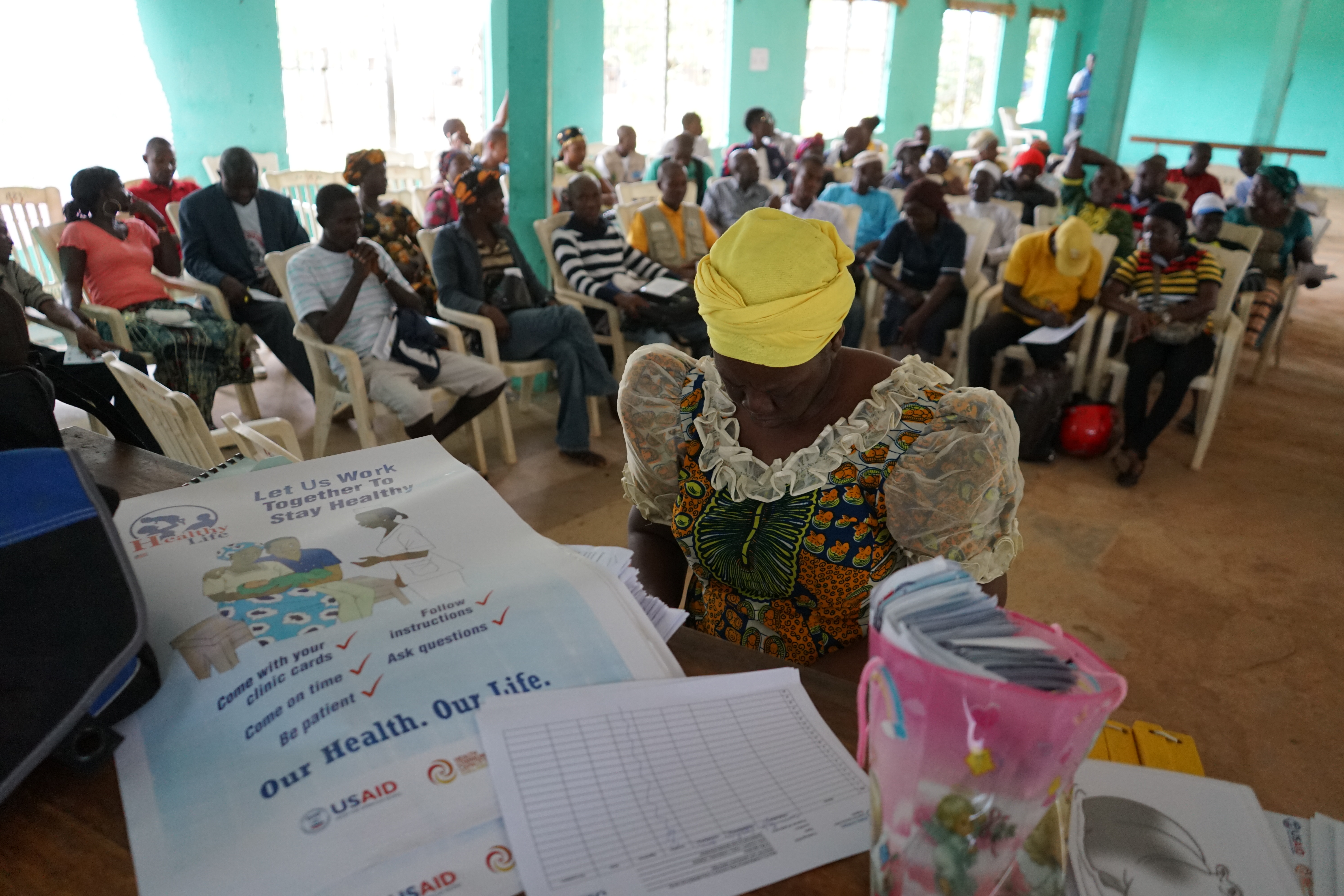 Future We Want - Health Workers in Voinjama region are discusing "How can we reach the future we want" during the health advocacy meeting: 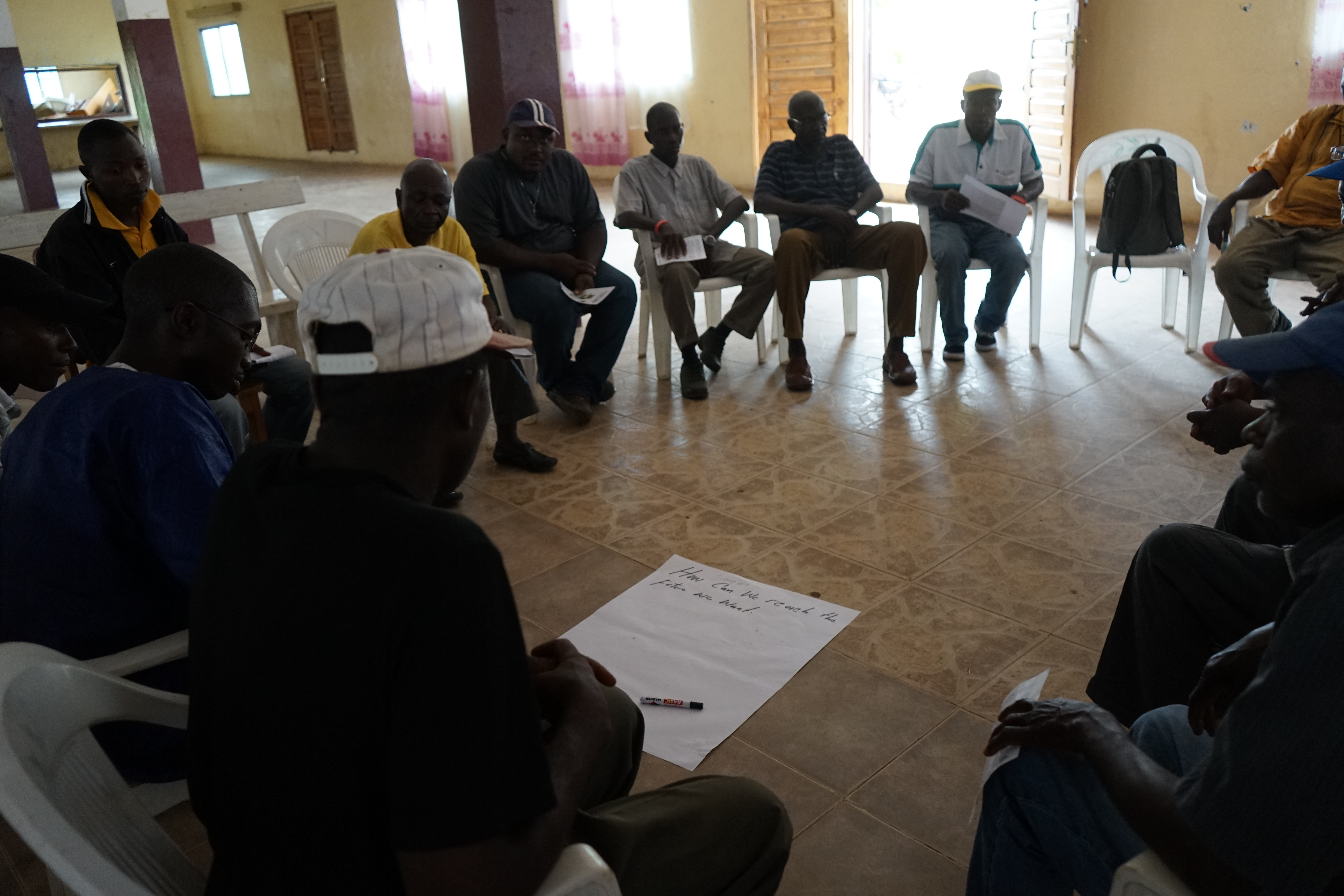 ANC Distribution - A nurse is giving a Long Lasting Insecticide Treated Net to a pregnant woman a during an antenatal care visit: 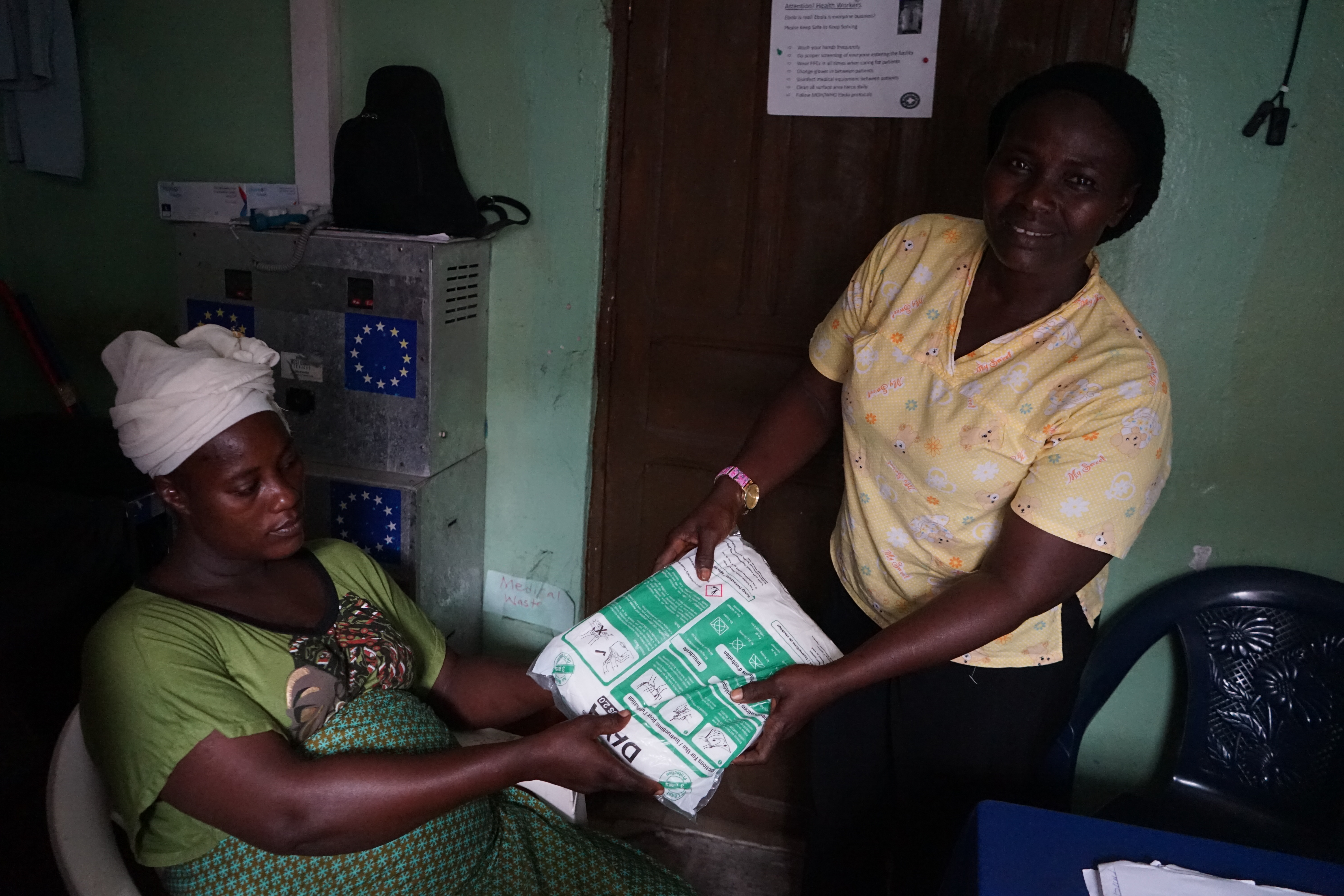 Prevent Malaria - A mural in a public health clinic emphasizes the importance of sleeping under mosquito nets: 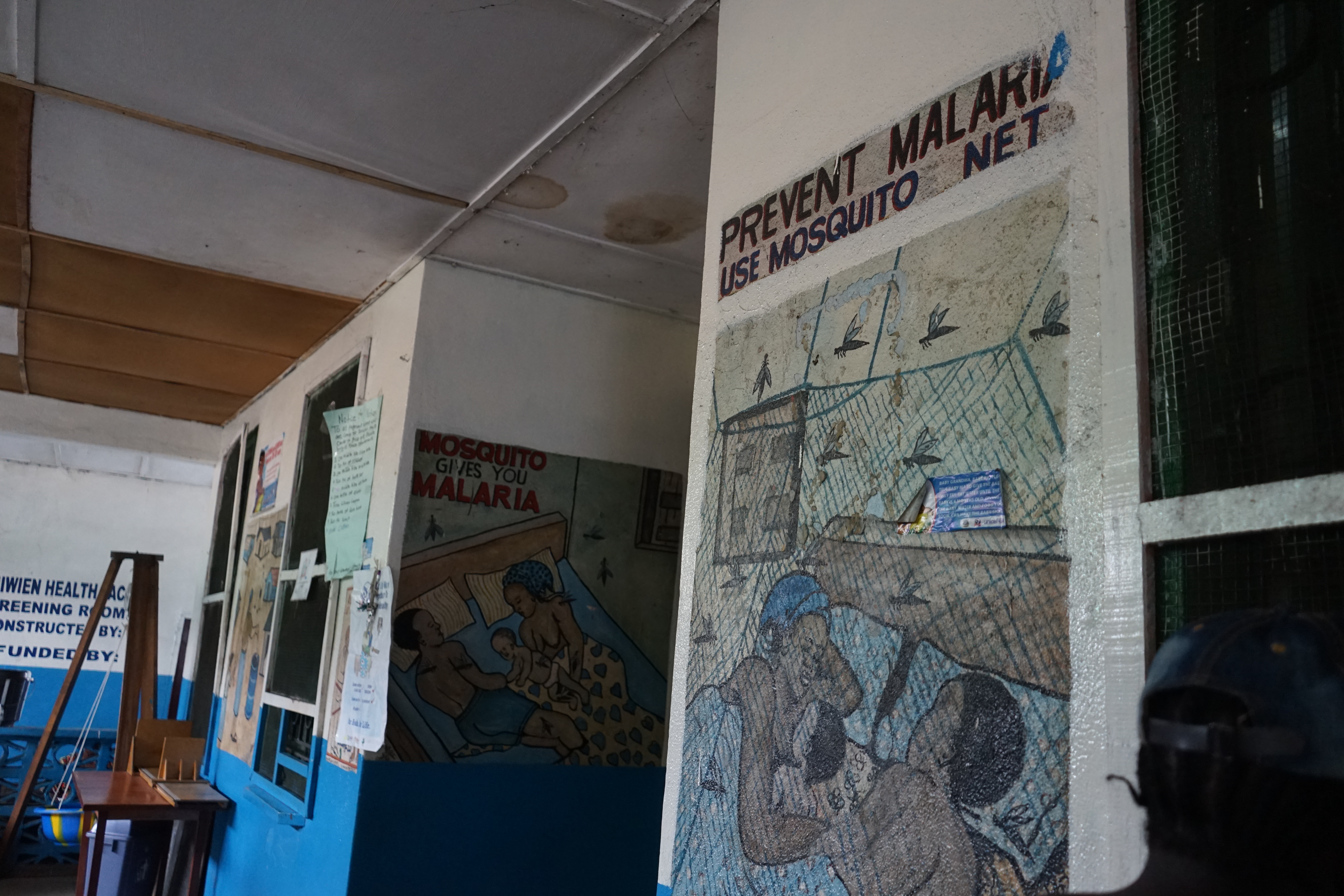 At the Maternity Ward - Hee Won is conducting an interview with the Office In Charge nurse about antenatal care clinic distribution: 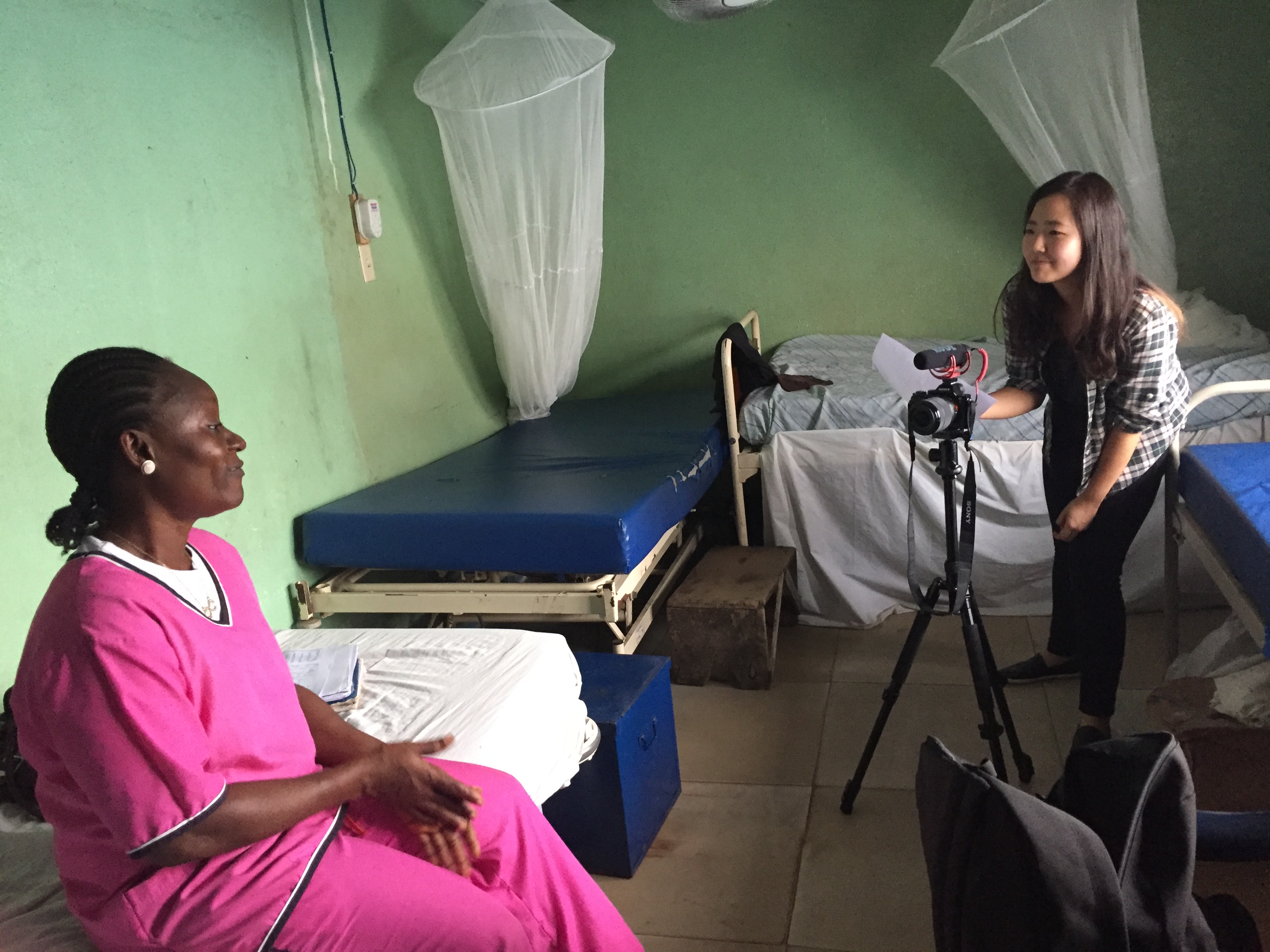