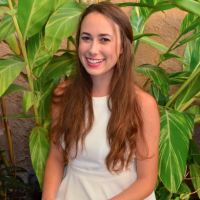 Malaria contributes heavily to the burden of disease in Ghana. Long Lasting Insecticidal Nets (LLIN) represent the primary vector-control intervention used for large-scale malaria prevention, and are an integral component of Ghanaâ€™s national malaria control strategy. VectorWorks, is a US Presidentâ€™s Malaria Initiative (PMI)-funded global malaria project, implemented by the Johns Hopkins Center for Communication Programs (CCP). The project works with the Ghana Health Service (GHS), National Malaria Control Program (NMCP), Ghana Education Service (GES) and other stakeholders to increase access to and availability of LLIN and to promote use.

I was very fortunate to be a part of the VectorWorks Ghana team, a program that works with the National Malaria Control Program to deliver insecticide treated nets to the entire population. My main responsibility was a qualitative analysis on the point mass ITN distribution campaigns, focusing on how the guidelines and resource allocation can better be tailored to the increasing, heterogeneous urban populations. This project allowed me to travel to four urban cities to get a more holistic snapshot of the urban population across Ghana. In the cities, I conducted interviews with infectious disease specialists and public health nurses to understand their challenges with and recommendations to improving ITN distribution in urban areas. These were some of my favourite moments, as they were able to paint a picture of the distribution campaign and progress. Through explaining the challenges they had, I was able to identify the populations that health planning does not reach.  Although plans were in place that, in theory, sounded promising, they often failed to reach the more mobile urban populations. For example, communication vans and registration volunteers were recommended to circulate the neighbourhoods during the day, but this was often when people in urban towns were at work (in comparison to rural villages, where a household member was often home during the day). It was especially interesting to see how the population was evolving at a rate faster than the research targeting these populations.

I was surprised at the nature of preparing for interviews and travel to other regions; it challenged what I had learned as the best way to go about health planning!  We emailed the district teams asking them to propose a time for us to visit to conduct the interviews—unsurprisingly and understandably, each district responded stating that it was too busy in the upcoming months. Rather than then engaging in a series of back-and-forth emails to attempt to sort out a date, we travelled at each district. They were able to quickly mobilize, graciously and warmly welcoming us to complete the interviews and showing willingness to shift their schedules to accommodate us. I learned that in-person meetings hold so much more weight than phone calls, with emails (although widely accessible) playing an even smaller role in organizational purposes. In the US, we’ve become so reliant on technology and immediate communication and have become quite comfortable with our strict understanding of workplace operations. I was happy to see a Ghanaian team lead such a productive, successful, and collaborative organization without using means that would be heavily relied upon in the US. In my career, I will take with me the ability to quickly mobilize and show flexibility. The presence of these characteristics in the Ghanaian teams created not only what will become a (hopefully!) meaningful report, but became an experience that have clarified some of my public health goals. Even in my position following my GHEFP position, I was able to use my experiences comparing urban and rural settings to contribute to planning and engage in discussions.  The scholarship broadened my perspectives on hard-to-reach populations, and I feel that I now have a better understanding of how to assess sub-populations to guide program planning.