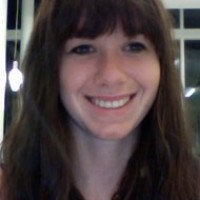 This study will examine the lung function in patients who had previously had tuberculosis as well as following a cohort of newly treated tuberculosis patients for their lung function and functional abilities at sea level. We will use spirometry and a six minute walk test to determine pulmonary capacity. In addition we take a chest xray of all patients and then follow them annually for a five year period . A control group will be studied as well that is matched for age and sex. All studies will be done in the shanty town in Lima where we have worked for over 20 years.

Within an hour of my arrival in Lima Peru I realized how much I had to learn.  To begin with, two years of studying Spanish at Johns Hopkins University seemed to have left me with very little to say.  Or rather, I had a lot to say but very few skills to convey my thoughts.  It was not only my first real research experience, but also the first time I had ever been in South America.

I was extremely lucky in my placement.  Our location in Lima was called Pampas, which is located in San Juan de Miraflores, Lima.  The research site was busy with more than fifteen separate projects, and if you dated back to when the site was opened a few decades ago, the number of projects completed would be well into the hundreds.  From PhD students to doctors to undergraduates like myself, the variety of researchers was astounding, and they were from all over the world.

I lived about thirty minutes away from the office with other students in an apartment that was referred to by the local Peruvian researchers as the “Gringo House.”  Located in Miraflores, Lima, there was a stark contrast in the scenery as I took a bus to my work each day in Pampas, where our office was located in the middle of a very poor town.

My research was part of a plan to establish a project that would be in place for many years to come.  There are many ways to measure lung function, one of which is called the six-minute walk test.  The aim of the project was to determine if people previously diagnosed with tuberculosis, who had since recovered, had suffered any permanent lung damage.  It was hypothesized that the longer time period a person had tuberculosis, the more extensive their lung damage would be.  This implies that people with drug resistant tuberculosis (which can take over twice as long to treat as the non-drug resistant disease) will suffer more extensive lung damage.  Chronic obstructive pulmonary disease (COPD) is quite common in Peru, and it is possible there is a correlation between people who used to have tuberculosis and their likeliness to develop COPD.

This past summer I focused on the six-minute walk test as a measure of lung function.  I worked only with healthy participants in order to develop a benchmark of data that can later be compared the tests of people who previously suffered from tuberculosis.  The aim of my study was to determine what distance a healthy individual with certain characteristics (age, sex, height, etc) should walk in six minutes, using a sample size of about two hundred people.  If future participants walk significantly less than their predicted distance, they could have serious lung damage or other health problems.

I worked with an amazing team of local Peruvians to organize the study, set up the location for data collection (we used a paved soccer field measuring just over thirty meters, with a cone on either end, as the course for the six-minute walk test), and help record data such as blood pressure.  Most of my team lived close by in Pampas, and some had been working with the office since it was established about thirty years ago.  My favorite part of the entire experience was working with my team and meeting all of the participants.

Some days I found the research harder than others.  While I genuinely enjoyed meeting all of the people who agreed to participate in the study, and appreciated their time, I sometimes wondered why they were bothering.  The results of the walk test would likely not change the health of those who participated, particularly because I was working with the controls.  I could only hope that those participants who had high blood pressure took the results sheet I gave them to a doctor for medication.  However I could not advise them myself.

The fact that my placement site was so established not only made the research possible, but also gave the people of the community more incentive to participate.  Many of the other projects gave free tests that could really change a person’s health when they were referred to a hospital.

I learned much more in a mere three months than I can convey here.  On a personal level I learned about the value of communication, and how much easier my study became each and every day as my Spanish skills improved.  It not only helped me work with my team, but also put also helped me interacting with the people volunteering to participate, because regardless of whether the topic of conversation was small-talk and personal stories, or stories regarding their health status, I was very interested to hear what they had to say.

Beyond that, I learned a lot about the field of global health that I could not have possibly learned in a classroom setting.  I learned what differentiated research from health campaigns, and how their goals influenced every day work and decisions.  Although I am unsure exactly how this experience will shape my career plans after graduation, I know that I want to work in Global Health, and this experience solidified this goal.