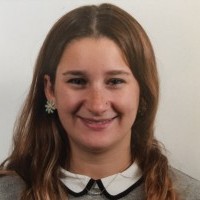 Implementation Research in the Continuum of HIV Prevention, Care and Treatment among men who have sex with men and female sex workers in Cameroon

This work is being completed in parntership with several Cameroonian organizations as well as Care USA to improve HIV treatment outcomes among men who have sex with men and female sex workers in Cameroon.
Sex work and same-sex practices are illegal in Cameroon, however, these populations are specifically listed as priority groups in Cameroonâ€™s current National Strategic Plan for HIV, AIDS, and Sexually Transmitted Infections  which lists priority actions such as strengthening HIV prevention programs and capacity building for HIV health services serving these populations. Recent studies established the need for integrating a comprehensive HIV prevention package into HIV care and treatment. In response, CARE USA who has been awarded a USAID grant to establish the Continuum of Prevention, Care and Treatment (CoPCT) of HIV/AIDS with Most at-risk Populations in Cameroon (CHAMP), has partnered with our team at JHU and Global Viral Cameroon (GVC) to complete a series of research projects to inform and evaluate their service delivery. This work will include : 1) Two rounds of integrated biological and behavior survey among men who have sex with other men, female sex workers and long distance truck drivers; 2) a two-year longitudinal study among men who have sex with othe men and female sex workers.  The result of this study will help to better inform the delivery of services to these populations.
The specific objectives of this study are:
1) Establish a baseline risk behaviors, attitudes biological for future evaluation of CHAMP intervention, among MSM, FSW and LDTD population
2) Determine the point prevalence of HIV and Syphilis among adult FSW, MSM and LDTD (18 years of age and older) in the CHAMP intervention sites
3) Characterize the individual, network-level, and structural determinants of prevalent HIV infections and condom use among adult FSW and MSM in the CHAMP intervention sites
4) Measure the effectiveness of integration an comprehensive HIV prevention package into HIV care and treatment
5) Measure the effectiveness of intervention on HIV transmission risk behaviors
6) Understand structural barriers for key population to access services along the continuum of care

When I first arrived in Cameroon, I was immediately taken aback by how French it all was. While I had spent time in French-speaking countries before, I had never been the only English speaker in the room. It was isolating to be the only non-Francophone in the room, but it was a challenging and fun adventure to learn as much as I could and speak in as much French as I was able. I spent most of the first half of my time in the field across four sites, and it was an intensive and enlightening way to learn French through conversations with the people we were serving. I had the chance to sit and talk with the female sex workers and men who have sex with men who came to the site, and learn about their lives. It was both an incredible opportunity to hear about the challenges of living under the burden of intersecting stigmas—poverty, gender inequality, sexual discrimination—and realize the ways in which people are so universally similar. At the site in Douala, I spent some time with a woman who had come for a few days in a row. The second day when we were chatting, I had asked her about her kids and her life, and after a while she asked if she could set me up with her oldest son. For all of the time we spend talking about marginalized and other populations, the work we do into targeting interventions—that people are still people, that moms all over the world are proud of and trying to set up their sons. While many conversations were about the things that had brought them to the site (either their job as a female sex worker or as a man who has sex with other men) many conversations were ones I could have had with anyone, anywhere in the world. We talked about family and friends, where they were from, how they liked Cameroon. Managing my own privilege in that moment was a challenging and complex dynamic, but it also allowed me to remember the beauties and joys and successes of cultures and communities other than my own. In public health, we often continually focus on what we know we must fix. While those problems are far and wide and guide our overall mission, my time in Cameroon was a powerful reminder of how much we have left to learn, of how knowledge really starts from the ground, and of how vital it is to listen to the recipients of our research.

Getting to travel within Cameroon was an amazing addition to my experience. While staying in hotels was grueling, it also afforded me the opportunity to really get to know the country and spend time in a range of completely different environments. I was able to see much of Cameroon, and spend significant chunks of time with the people who are the participants in our research. While I’ve spent several years working on research around female sex workers, my time in Cameroon highlighted the necessity of putting the needs of such at-risk populations first and foremost, and how intensively that work must be done. When working on the other side of the world, it is easy to forget that the comfort of the populations is an absolute requirement for not only the ethics of a study, but to collecting data of any quality. In the study that I worked on, the research coordinator walked through each step of the data collection in order to ensure that the women and men—highly marginalized participants—would feel comfortable, accepted, and safe. This included everything from choosing a site that was both private and wouldn’t attract suspicion, having site managers who were members of the key populations, extensive training of data collectors on respect, and making sure that the participants had comfortable places to sit out of the sun. With such a heavy focus on data quality and research design, it can be easy for internationally-focused researchers to overlook the pivotal work in takes to providing safety and security for research participants, especially for already-marginalized groups. This experience provided me the opportunity to witness how good research begins, and how it is all founded on participants who feel safe, respected, and valued through the entire process.