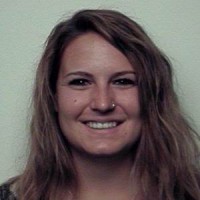 The Nguvu project (meaning strength in Swahili) is an academic-humanitarian partnership. The main aim of the project is to develop and evaluate an integrated intervention that can address both current Intimate Partner Violence (IPV) and support mental health through a group support intervention. The project takes place in Nyarugusu refugee camp, where IPV is a major concern. The Nguvu project represents a partnership between the department of mental health, Johns Hopkins Bloomberg School of Public Health; the United Nations High Commissioner for Refugees; and Muhimbili University of Health and Allied Sciences. The study is a mixed methods study, and qualitative exploratory data is currently being collected. During the time of placement, the project will be in the phase of a randomized controlled trial.

I spent my field placement in Kasulu, Tanzania.  Despite being well aware that I would be immersed in a new culture, I was surprised at how caught off guard I was traveling solo and unable to speak Kiswahili (outside of the few words I had leaned while on the plane).  However, every single person I encountered was nothing short of kind, patient, and willing to help, rendering my transition as seamless as it could be.  Eventually, overwhelming experiences, such as navigating the bustling market or discovering a new mgahawa (restaurant), became some of my fondest and richest encounters while in Tanzania.  I can’t stress enough the importance of balancing professional development with these day-to-day occurrences – take the time to fully immerse yourself within the community that has so warmly welcomed you.

For the Global Health Established Field Placement (GHEFP), I assisted with the Nguvu project, an integrated intervention aimed at reducing psychological distress and recurrence of intimate partner violence (IPV) among Congolese women in Nyarugusu refugee camp.  Established over 20 years ago, Nyarugusu is one of the largest camps in the world and currently hosts approximately 150,000 refugees primarily from the Democratic Republic of Congo and, most recently, Burundi.  In order to execute our study, we trained and worked with two teams of female Congolese refugees – 10 research assistants responsible for recruitment, screening, and administration of study assessments, as well as 10 facilitators in charge of delivering the eight-session intervention. Upon meeting our team, I was instantly struck by the fact that one of our research assistants had been born and raised in the camp.  In other words, life in Nyarugusu is the only life she has ever known.  It is a gross understatement to say it was truly a privilege to get to know and learn from these women.  During my time working in Tanzania, we primarily prepared for and began implementing the pilot phase of the study.  We are currently preparing to begin the cluster-randomized controlled trial and I look forward to staying connected to the project going forward.

In addition to working within the scope of our study, by consequence of being in Nyarugusu, I was able to get a glimpse into the dynamics of a refugee camp.  I had the opportunity to observe cluster meetings, cultural preparation and integration classes, and resettlement Q&A sessions with representatives from various organizations.  I strongly believe having a better understanding of the “big picture” will enrich the ways in which I’ll operate as a public health professional in these settings.

As a result of Kasulu’s proximity to Nyarugusu, several aid organizations are based there.  This enabled me to be exposed to a wide range of individuals working within the humanitarian sector.  I was able to develop a sense of community and gain insight into various spheres including health, resettlement, protection, and economic development, among many others.  As someone interested in pursuing work within this field, these interactions were invaluable.  Not only was I able to obtain a better understanding of career options, but I was also able to observe how public health work is influenced by, and impacts, other sectors.

I am truly grateful for the support of the GHEFP.  The personal growth I experienced while in Tanzania was palpable and will remained engrained in me forever.  Asante sana!