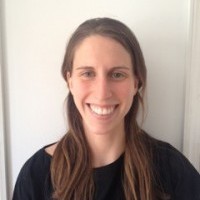 A cohort of HIV-infected patients in South Africa

We are currently enrolling newly diagnosed HIV-infected patients into a cluster randomized trial at 14 HIV clinics in Matlosana and Potchefstroom in the North West Province of South Africa. To date, we have enrolled 1400 patients and plan for another 1000 over the next 12 months. This study, and several other cohort studies in the area, create many opportunities for student-led projects. We are currently conducting projects on viral load as an indicator of antiretroviral adherence, preventive therapy for TB, and risk factors for chronic lung disease.

My initial project plan was to conduct interviews about barriers and facilitators to staying on anti-retroviral therapy (ART) for the treatment of HIV. The effectiveness of ART is highly dependent on proper adherence, but it is estimated that across Southern Africa, only 60% of patients remain adherent to their medication after two years.1 Although I was excited to explore this research question, I did not get IRB approval on time and was not able to conduct these interviews. After a few weeks of doing odd jobs and conducting trainings on data management, I assumed responsibility of a project that another JHSPH student was working on. Due to delays in her IRB approval, she was leaving just as the study was about to begin.

This project was a pilot randomized trial to increase uptake of isoniazid preventive therapy (IPT), a strategy used to prevent latent tuberculosis (TB) from becoming active TB. TB is the number one killer of people with HIV in Southern Africa, and the combination of ART and IPT has shown to reduce the risk of active TB or death by 60%.2 Despite these statistics, uptake of IPT has been very low across South Africa. It is hypothesized that this may be due to healthcare workers’ lack of knowledge and experience with IPT guidelines and patient’s lack of knowledge about IPT in general.3 To explore these hypotheses, this trial was conducted in four clinics; two clinics received daily patient education sessions, and two clinics received in-service trainings and IPT support for their staff.

Professionally, it was a great experience. I hired and trained employees, managed logistics, and directed implementation. I was amazed at the effort it took to get such a small trial off the ground and was thankful for the classes I took in study design and epidemiology. The most difficult aspect of the job, however, was getting buy-in from the clinics. I was initially shocked that they were not interested in trainings for such a prevalent and high-risk disease, but I then realized that most days their staff are overwhelmed with patient volume, and their prior experience with public health research has been mostly negative. As it was told to me, researchers come and request time from them, but the staff often don’t receive the results or see improvements in their patient population. Navigating these tenuous relationships was challenging, but it was incredibly valuable to understand their perspective and work to achieve both the clinic’s goals and the studies’ goals simultaneously.

The most rewarding aspect of the experience was training and getting to know my staff. I was able to provide professional development and new opportunities to them, and they taught me so much about South Africa’s history and current social and political situation. It made for interesting discussions of race and democracy, and it allowed me to reflect on my own views of parallel issues in the United States. Overall, I am very grateful for the experience. In a previous experience working abroad, I felt uncomfortable with my privilege and ineffective as an outsider. I developed a desire to work in the community I lived in and in a language I knew in order to better serve the population I was working with. Although I still view these as important considerations, this experience reminded me of the richness of cultural exchange and the duty that comes with the opportunity of higher education.