Despite microbiological cure, pulmonary tuberculosis (PTB) results in substantial respiratory impairment (RI) and is an independent risk factor for chronic obstructive pulmonary disease (COPD). The objective of the Lung Health study is to elucidate underlying mechanistic pathways of RI in PTB patients and, in doing so, identify a phenotype of PTB patients at high risk of RI despite anti-tuberculosis treatment (ATT). Approximately 400 adult PTB cases at Pune and Chennai will undergo inflammatory biomarkers analysis and extensive lung health assessments by spirometry, respiratory questionnaires and 6 minute walk tests (6MWT) during their ATT and up to 18 months following ATT completion. Results from this study, if found to be significant, have the potential to change routine clinical management of PTB patients and, consequently preventive strategies of COPD globally.

For my Global Health Field placement I was in Chennai, India, at the National Institute for Research in Tuberculosis working on the CTRIUMPh study. I have been to India before, so I knew what to expect going in, however it was very interesting working at a central government lab. There are a lot moving parts in the study, and in the institute itself, and all the people worked together to get things done in the study. The issue of TB is a very important one in India, as a large portion of the population already has latent TB, meaning they carry the bacteria but it is not active so they do not have any symptoms. TB is spread when people with active TB interact with others, and sneeze or talk in the same area. The bacteria is spread by the air, and because of a lack of education about TB and how it spreads, many people are infected each day without knowing how to protect themselves. This study aims to find a better treatment for TB, and it was really interesting and enlightening working with the patients there. The two subcenters were a little bit outside of the city, where the surrounding areas were impoverished areas. The patients that we worked with were mostly uneducated, and very poor. These are the populations that are at risk for contracting TB because they are not educated about the disease and they do not have the resources to get treatment when they do have the disease. One thing that pushed me out of my comfort zone was working in a place like the subcenters, as the government buildings there are very under funded. So the buildings were very old and dirty, nothing like the medical buildings and lab in the US. This surprised me, since health is such an important issue, and public health is also important, and the labs and clinics were barely acceptable.

Right now there are multiple efforts being made by NIRT and the CTRIUMPh study in general to help educate and treat people with both latent and active TB. Patients in low socioeconomic environments and their families are identified and added to study. The doctors and social workers help educate the families about what kind of treatment is available, screening methods, and what they can do to protect themselves from TB. I’m not sure if these efforts have made a huge change in the entire country yet, as the study has not been going on for too long. However, from what I saw there, the efforts did help tremendously. The patients I saw, would not receive any treatment for their illness if it weren’t for this program.

This placement opened my eyes to how healthcare works in other countries, and how government institutions work in other countries. The process is nothing like the US, and many times, people without money or resources do not receive the same standard of healthcare that we take for granted here in the US. I believe these kinds of studies, such as CTRIUMPh, are extremely important in helping these populations, in addition to contributing to find a cure for the disease that would benefit everyone. I would love to stay involved in this study, and get involved in others like it, and do some work in the Public Health and Global Health fields of study. My goal is to one day be a doctor, and with my medical degree, hopefully I could contribute a lot more to these causes and to the people they serve.

The front of the NIRT location in Chennai: 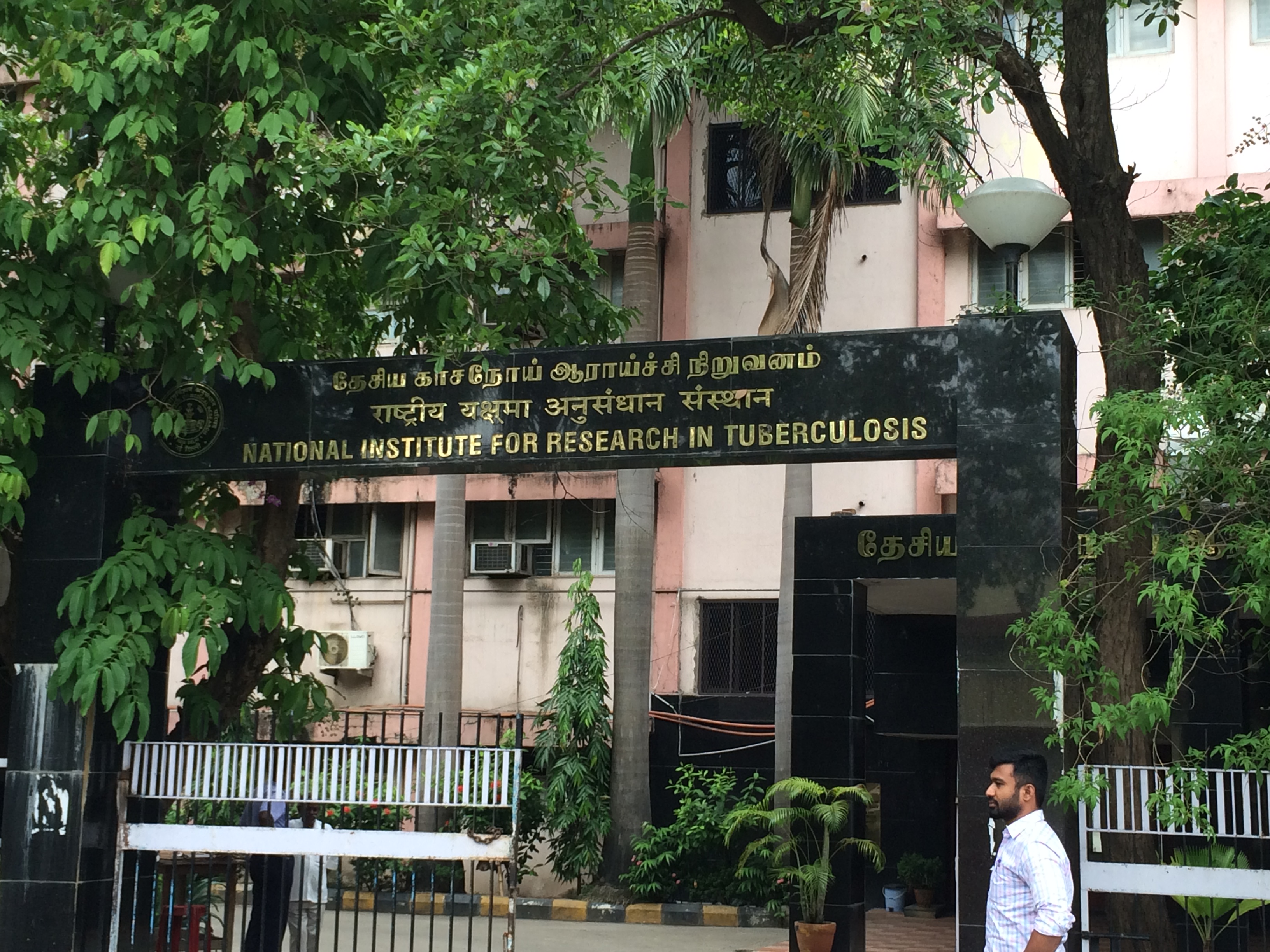 Lab inside the ICMR building where lab experiments are done: 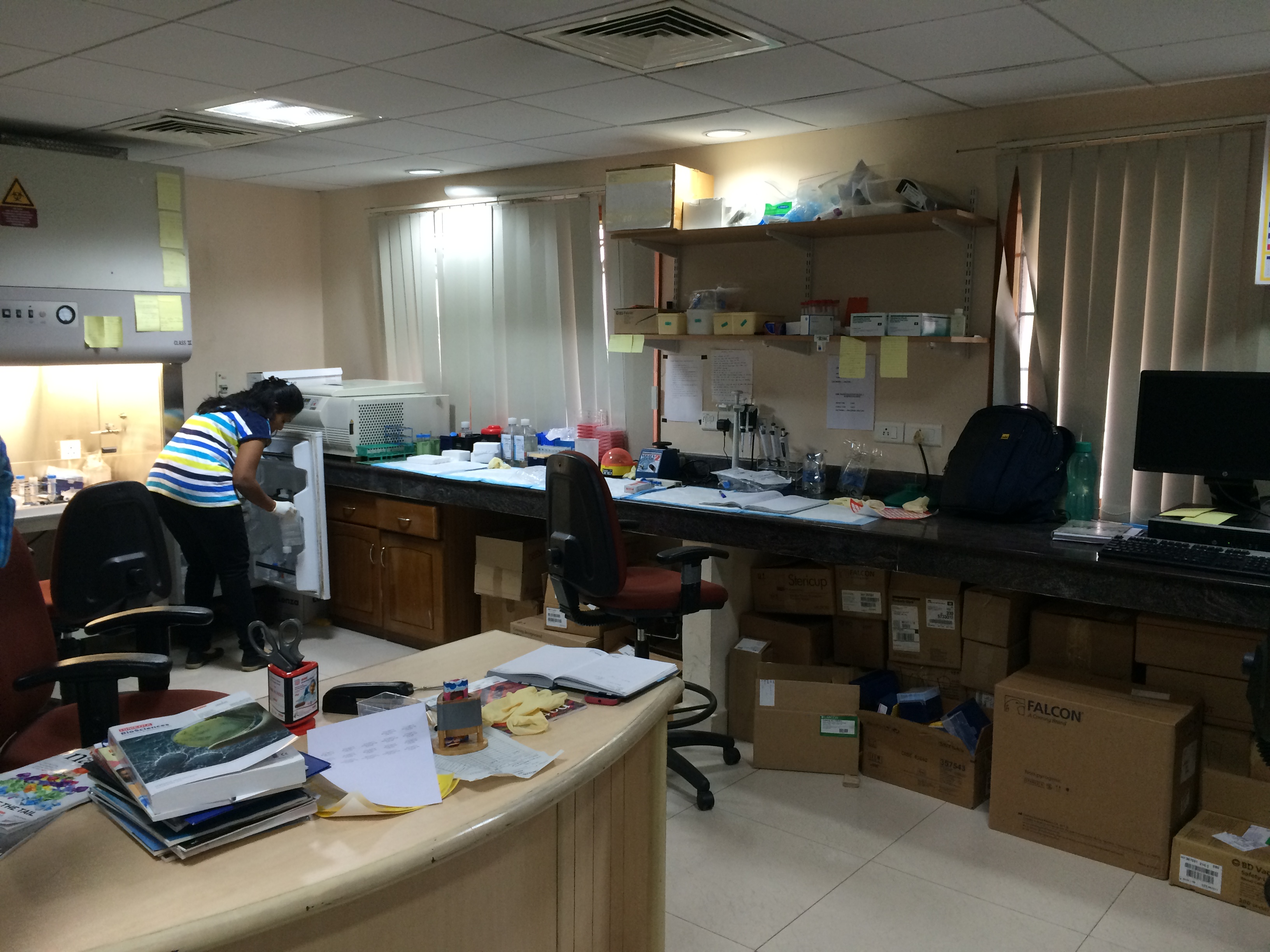 The main entrance for NIRT which is the site in Chennai where the CTRIUMPh study is based: 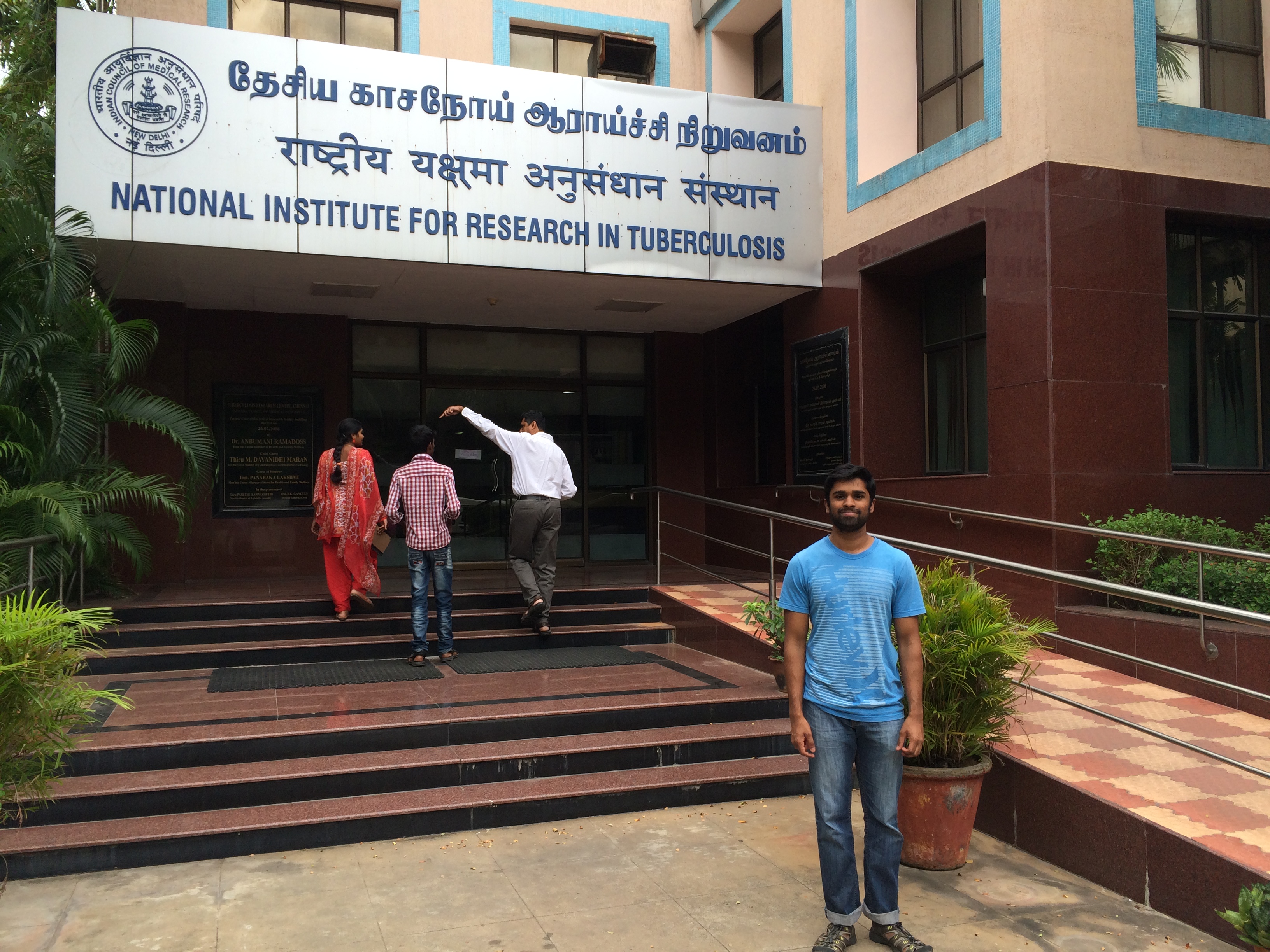 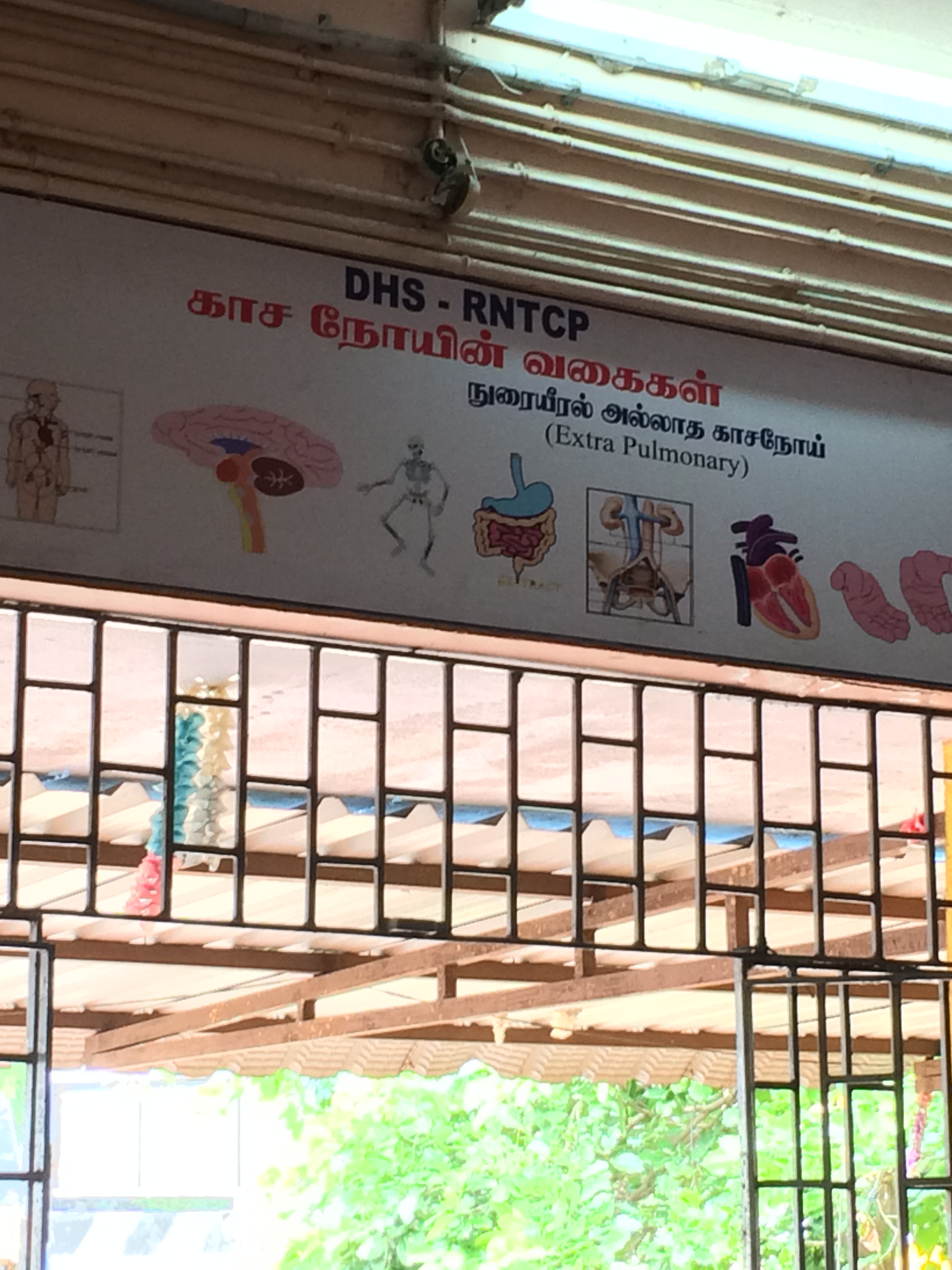 the ICMR lab at NIRT where most of the lab assays and experiments are done: 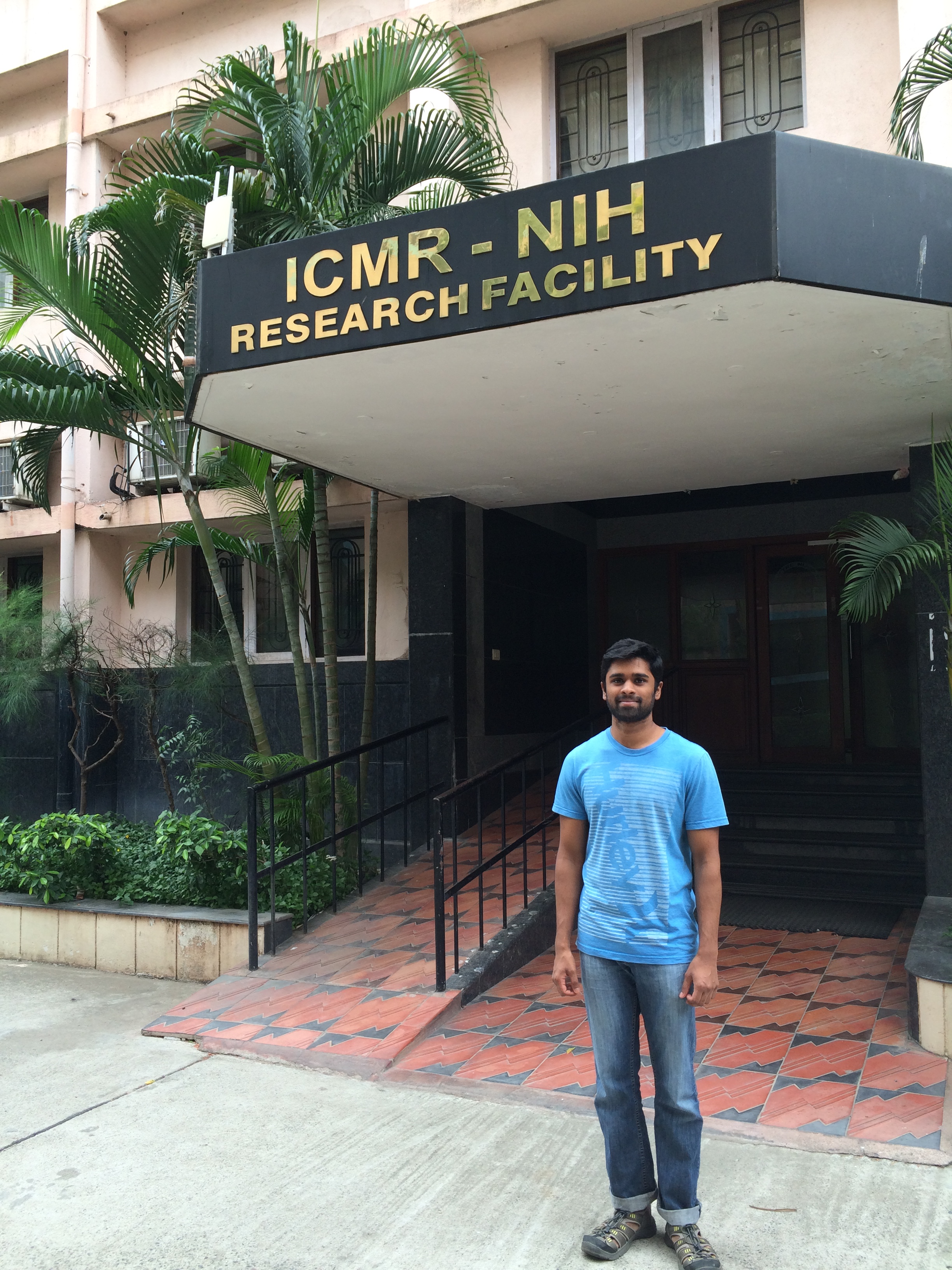 The government cars that transport doctors and social workers to the different subcenters around Chennai: 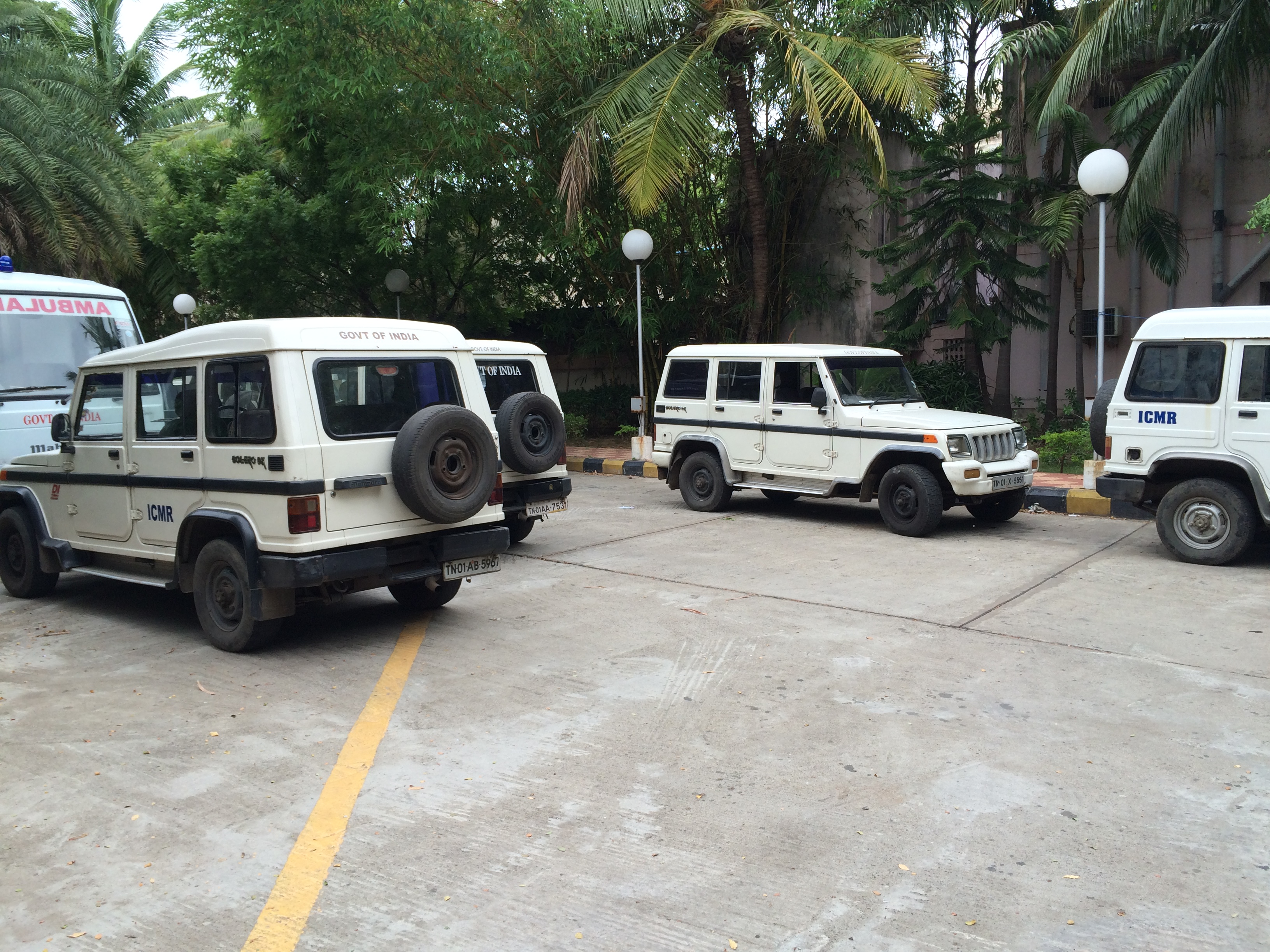