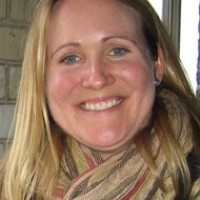 The objective of this proposal is to create a manual to estimate the annual total number of cases of influenza-related severe acute lower respiratory tract infection (ALRI) in a country. Secondary objectives include estimating the annual number of cases of influenza-related severe ALRI that are hospitalized, not hospitalized and occur in children and adults. The target audience for this manual is epidemiologists and policy decision makers in the Ministries of Health of developing countries. There are several principles that apply to the process of data use in the manual. A hierarchical approach to data sources will be used, whereby local, in-country data will be used as much as possible. This will be important to promote greater local ownership and confidence in the estimates. National data will be built from sub-national (e.g. provincial) level data so as to maximize the use of all available data in country and to cater for in-country epidemiologic differences that might affect influenza burden. Available, rather than newly-collected, data will be used as much as possible so that the burden estimates can be done relatively rapidly (e.g. within a month) and inexpensively.

When I first arrived in Nairobi I was amazed at the modernism of the city. My only other experience living abroad was during my time as a Peace Corps volunteer living in Turkmenistan. My experience in Kenya was completely different. There were shopping malls, movie theaters, 5-star hotels, and restaurants serving any type of cuisine I could have wanted. I had packed three months worth of toiletries and other personal items, but that turned out to be completely unnecessary, as almost all of the items I brought, I could have purchased in Nairobi. Prior to my arrival I had arranged to rent a room from a woman who was a friend of one my supervisors at the Centers for Disease Control and Prevention (CDC). As it turned out, my apartment in Nairobi was nicer than my apartment in Baltimore.

Working for the CDC was a great experience. I was able to observe how surveillance work is done in developing countries, which is very helpful when interpreting and using the numbers used to categorize the burden of different diseases in countries. I was able to see the challenges that doctors, nurses, and surveillance officers are faced with while trying to get accurate assessments of the number of patients with a certain ailment. The most common answer I was given when asking what their biggest challenge was when it comes to performing surveillance activities was the lack of staff and resources. Almost every surveillance officer I spoke with said they most certainly missed some cases, because there just weren’t enough personnel.

One of my most striking experiences I had while in Kenya was a visit to Kibera, which is one of the largest slums in Africa. I accompanied some of the influenza surveillance officers during their house visits and it was a very eye opening experience. I had never witnessed that degree of urban poverty before. We had to change into rubber boots before we went on our visits, because of the raw sewage that runs through the streets where children are playing. I was told to be careful not to touch any of the metal on the sides of the homes, because people sometimes get electrocuted due to the exposed electrical wires that may touch the metal. Some of the women we talked with were raising families of nine children in rooms that were about 12 feet long by 10 feet wide.

While in Kenya. I also took the opportunity to travel around Kenya and visit other East African countries. I went on safari and saw the big five in Masai Mara and Amboseli National Parks. I visited the coast and learned about Swahili culture. I also went gorilla trekking and climbed Mount Nyiragongo in the Democratic Republic of the Congo and climbed Mount Kilimanjaro and visited Zanzibar while in Tanzania. I met many great people on my trips and the places and things that I saw were incredible.

Anyone who is interested in global health should definitely consider applying for a similar experience. Even though I had already had experience working and living in a developing country while in Peace Corps, this experience gave me the opportunity to learn something completely new. I was able to learn about a new culture and the challenges and benefits of working and living in East Africa. I had been interested in possibly working for the CDC upon completion of my PhD and this allowed me the opportunity to find out first hand what it might be like to work for them. I thoroughly enjoyed my experience and think that a career at the CDC might be something that I pursue in the future.