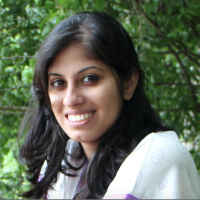 The proposed aims include: conducting the first assessment of HIV burden among female sex workers in Port Elizabeth; assessing the coverage of HIV services including prevention of mother to child transmission services for those sex workers living with HIV; and expanding the program to include HIV testing and linkage to care for infants and children of sex workers.

Port Elizabeth remains one of the few urban centers within South Africa where there has been limited investment into HIV prevention, treatment, and care programs and evaluation.  The Eastern Cape is one of the nine provinces designated in 1994 by the then-new democratic Government of South Africa, with a population of 6.6 million people. Data from 2008 suggest the HIV epidemic has stabilized there with a HIV prevalence of approximately 27.6 since peaking in 2007 at 28.8%.

Our on-going work assesses PMTCT-related risks and access to care among female sex workers (FSW), as well as the history of engagement in PMTCT services. In addition to providing HIV and pregnancy testing to all FSW participating in this work, our collaboration with the Human Sciences Research Council (HSRC), the TB HIV Care Association (THCA) and the preeminent human rights advocacy group for sex workers in Africa, The Sex Workers Education and Advocacy Taskforce (SWEAT), ensures that all pregnant FSW reached through the program are being actively linked to antenatal services to ensure immediate access to HIV treatment and care. In the upcoming year we propose to expand upon this initial work and take the next step in understanding and addressing PMTCT related gaps among FSW. Given that FSW are disproportionately affected by HIV, we believe their risks for vertical transmission to infants are also higher than those of other women in South Africa. However to-date no programs are available in the Eastern Cape or elsewhere in South Africa to ensure that children of FSW receive HIV testing and linkage to care as needed. Thus, we propose to expand our collaboration with, HSRC, THCA and SWEAT to include infants and children of FSW. This dyadic approach to caring for mothers and infants/children will ensure that risks for mothers and their children are considered in tandem and attempt to ensure that children of FSW are reached by HIV testing and treatment programs.

All FSW screened by THCA who have children under the age of 12 will be invited to bring their children to either the mobile site or to the drop-in center at THCA for child catch-up days. Transport costs to bring the children to the site will be reimbursed and all HIV testing activities will be offered for free. HIV testing through PCR (if<18 months) or rapid antibody testing (â‰¥18 months-12 years) will be offered to children of FSW and if living with HIV the mothers and children will be immediately referred for HIV treatment and again will be engaged by the PMTCT FSW peer supporter.

Driving across Marine Drive during my first weekend in Port Elizabeth, alongside a few lunging dolphins in pristine blue waters, long desolate coastlines and the distinct smell of fynbos vegetation- this was nothing short of a postcard. Quiet, small and low profile, Port Elizabeth is known as South Africa’s best-kept secret. Wide streets running along a hilly terrain hosting the latest of car models, local taxi’s blaring the most popular Xhosa dance numbers, people walking the dogs on the side-walks are all common everyday observations. PE, as popularly called, is a city made of migrants, and most people I met there during my stay including my colleagues at work were people that had moved from their home cities in search of work or because of work. PE’s maritime and their automobile industry, both a few minutes drive from the city centre run the economy. Volkswagen South Africa and General Motors bring people from all over the world to the friendly city, and Port Elizabeth’s convenient location make it a container terminal, and fruit terminal, enjoying over 330 anchor days every year.

For my project in PE, I was associated with TB/HIV care’s office based in Rink Street that primarily worked toward implementing programs that improved healthcare access for key populations such as FSWs and injection-drug users. The office, hosting some of the most wonderful team of colleagues, was based a few blocks from nearby sex-work locations, accessed key populations both on site and through a mobile clinic that operated on a daily basis. In addition, they held by-monthly meetings as a means to educate as well as a provide a platform for them to interact and for us to understand and discuss the needs of population.

Through my time in TB/HIV care, I was directly involved in ensuring quality assurance and quality control of data collected from a previous studies. I was also involved in managing the transcription and qualitative coding of in-depth interviews of the FSW mothers, as the detailed the impediments they face in accessing health care for themselves and their children, and the challenges they experiencing in taking care of their children in a demanding work atmosphere. I also assisted in writing up IRB applications for upcoming studies, and assessing how best to integrate future studies into to existing work schedule of my colleagues.

Working with an incredible local team, and through my interactions, I gained a deeper understanding of the lives of these women who were most often mothers, and also often the only consistent wage earners that provided for their children. I also learnt that behavioral change programs are most successful when they are designed to address the source of the problem in addition to education and knowledge dissemination.  For instance here at the site, the impediments FSWs experienced in accessing the healthcare were addressed through mobile clinics that catered to their health-needs without them having to move out of their work location. Through these mobile clinics, the staff were able to constantly access the population, and therefore continually deliver new information and knowledge. Visiting sex-work locations through the mobile clinic was an eye-opening experience to witness the lives of the people first-hand. What was most inspiring was to see my passionate colleagues talk with the women, extending moral and emotional support in making difficult behavioral changes.

My time in South Africa taught me that enjoying and liking my work, was key to performing to my best potential, and having an amazing team both on site and here in the United States was instrumental in acclimatizing and learning of what was to be done on the site. While working in a new country is unique experience for students, it is important that besides work, travelling and learning about the place you live in is part of that experience that makes it more memorable.