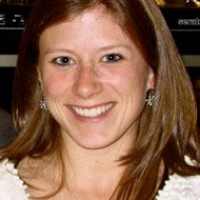 To support the ENGINE social and behavior change communication (SBCC) project team and address the communication needs of Johns Hopkins Bloomberg School of Public Health Center for Communication Programs (JHUCCP) funded by the United States Agency for International Development (USAID). This person will support the project's ultimate goal of increasing knowledge, awareness and acceptance of, improve attitudes towards, and motivate healthier behaviors in nutrition within 100 woredas in four districts of Ethiopia, contributing to the overall improvement of maternal nutrition and the nutrition of children under 2. This person will be responsible for documentation of cases across Ethiopia, as an initial start of the project (Project is running in its second year of total five years). The documentation will be done through write-ups (in English) and with the use of photography. Any other innovative, realistic documentation methods can be suggested for possible use. The internship will require travel to 4 regions of the ENGINE project. The intern will work in close coordination with the SBCC advisor (at the central office) and with the SBCC regional coordinators at the field level to select, document and collect, compile, develop and refine the documents. The intern will also take the lead to produce a detailed guide of best practices and lessons learned.

I was on a weekend trip to Gondar, a relatively modern Ethiopian city expanding around the remnants of its powerful past. Once the capital, Gondar is now a college town with crumbling castles. A friend and I were searching for a traditional dance club, but like most things in Ethiopia, the nearest-landmark system that is used instead of street names isn’t well suited for foreigners.  After walking in as many circles as we could stand, we stepped into a restaurant for help. Our conversation with the habesha (local) waitress went something like this:

Us: “Excuse me, do you know where the dance club is?”

Ethiopia was my maiden journey out of America. I may have crashed at full speed into the wall of culture shock and grossly underestimated the meaning of a language barrier, but resilience is one of my best characteristics and I knew it would serve me well.  After my original flight to Ethiopia was cancelled and I landed 2 days late, my suitcases arrived soaking wet, I waited 2 hours in the Addis airport for my ride and my phone was stolen before noon, I simply braced myself for the massive lesson I was about to learn about life.

So I wasn’t going to let a pair of vastly different languages keep me from any once-in-a-lifetime experiences. In the middle of the crowded restaurant, I broke into a grotesque version of a traditional Ethiopian dance. The habesha’s face lit up, we all laughed, and she showed us downstairs to the dance club.

Breaking it down to break down that language barrier helped me realize a few things. First, people may seem incredibly different, but we are all the same. Dancing is dancing is dancing; we move our bodies differently but we feel the same. Second, the potential to communicate is always there but you have to think outside the box. Lastly, you must be tenacious. Make yourself unquestionably understood.

I used these same principles to break down communication barriers in my work. I was part of CCP’s social and behavior change communication team for the USAID-funded Empowering New Generations to Improve Nutrition and Economic Opportunities (ENGINE) project. I spent the summer crafting simple tools to convey complex nutrition messages to people with varying languages, traditions and resources. We began by capitalizing on human similarities. Most parents on planet Earth want the best for their children. We designed the key messages to motivate parents by ensuring that if they followed a few proper nutrition practices they would give their child the best chance to grow healthy, strong, and smart. Next, we thought creatively to capture difficult concepts like the recommendation to feed children between six and 12 months of age four coffee cups worth of enriched porridge plus one snack daily with continued breastfeeding all in a single image. Finally, we gathered multiple rounds of feedback on our tools from local trainers and change agents. We discovered that details like the decorations on the wall or socks on the baby in our illustrations were culturally inappropriate and would have created a barrier of non-relevance.

I left Ethiopia just before the tools went to the field, but I have no doubt that a communication barrier has been broken and at least one child is growing up healthier, stronger, and smarter. And though I learned over several months with a team of experts what it takes to develop effective communication tools, I also know that sometimes just a few dance moves can make a difference.