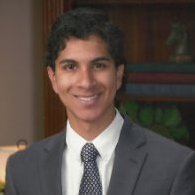 Validation of a seven question screening questionnaire for COPD in Lima, Peru

As I landed at Jorge Chavez International Airport in Lima, Peru in early June for a two month stay in the Peruvian capital, I was so excited to begin my GHEFP experience, working under principal investigator William Checkley to study chronic obstructive pulmonary disease (COPD) in Peru. I had done research in India before, but I was really looking forward to speaking Spanish, which I had heretofore never spoken outside the classroom, and immersing myself in local Peruvian culture. The culture and language differences did require an adjustment, but I had an open mindset and tried to learn from the locals with whom I worked. The work environment, composed of a tight-knit group of local researchers located in a small office one of the low-income areas of Lima, met my expectations for the typical work environment in a developing country. However, for me it was the great income and healthcare disparities that I saw within the country that most defied my expectations. I know that many developing countries have such differences between rich and poor, but it was stark to experience them firsthand, from the world-class shopping in the touristy downtown Miraflores district to the lack of basic services in San Juan de Miraflores district, where I worked. Still, everywhere I went, I met kind, happy people hopeful for their futures.

I worked in health clinics without a roof and world-class private hospitals in Lima, and to me these disparities are the greatest issue that face developing countries such as Peru. Still, by offering health insurance for all citizens and working to improve public healthcare, the Peruvian government and private organizations are taking a great step forward. However, I found in my time in Peru that these efforts, while commendable, will probably not be enough on their own. Improving basic sanitation in poor areas as well as offering stable employment to as many citizens as possible would also be necessary to truly address healthcare disparities. Compared to the United States, I saw greater healthcare disparities in Peru, but I also met many physicians and government officials dedicated to closing the gap. I hope that their efforts are successful.

I learned that personally I would like to contribute to global health efforts, either as a private sector physician or a full-time global health professional. While there is a need for large-scale international healthcare work, my time in Peru showed me that individuals can make a great difference. For example, I saw how excited patients were that we are attempting to reach more people by finding a cheaper way to diagnose COPD. Even though we cannot fix all healthcare problems overnight, it was so rewarding to me to help make incremental changes and change lives in a small way, one at a time. While I am still unsure about my future career goals, I now know that they will unequivocally involve foreign work of some kind. I hope that all students interested in a similar experience will apply and try to work internationally. We often become caught up in the healthcare trials and successes we face in the US, but we can learn and do so much internationally too. Often, it is in the most resource-strapped countries that people devise the most creative healthcare ideas, such as the new way to diagnose COPD using a questionnaire that I tested. Even students who might not initially be interested in global health should consider such an experience for that reason. I can certainly say that my experiences this summer have made a major impact on me personally and professionally.