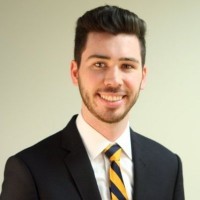 This partnership would be completed together with FHI 360 funded by the United States Agency for International Development West Africa Mission (USAID/WA).  The work in Togo would be part of a regional project which would also include engagement in Burkina Faso focused on building government political will and resources to engage key stakeholders to support programs that are evidence-based, adaptable, replicable and transferrable throughout the region.

Our team has been supported through CCP and USAID WA to support PACTE-VIH to build its research agenda through high quality implementation research studies. This relationship is built on a consortium of partners working towards achieving common goals.

This position would support the development of the following aims:

Support the measurement of the HIV Cascade among Key Populations in Togo.
Help develop a passive data collection approach to characterize the HIV treatment cascade specifically among key populations in partnership with the Government of Togo and PACTE VIH
Implement intervention to support retention in the HIV cascade, through training mediators in HIV treatment retention support
Support the evaluation of intervention benefit through the use of the aforementioned passive data collection system on people living with HIV.

Upon my arrival in Lomé, Togo I experienced a variety of feelings, all of which were masked by the fatigue from a long day of travel. I had just left friends and family to begin work in Togo, my first long-term experience in a Francophone country. While my French experience was fairly extensive, it had been a couple years since I had spoken it regularly, a fact about which I became very self-aware as we entered the airport. I roughly understood what was happening, but the mix of fatigue and the barrage of people speaking in torrents of fast, complex French put into context the amount of work I had to do to get back up to speed.

I was greeted at the airport in the evening by my colleagues with whom I’d been keeping in touch, at which point we greeted each other, talked for a while, and continued to the house in which I’d be living. Luckily, as I’d later realize was a consistent theme, we stopped for food on the way. Of course I said I’m happy to try anything, n’importe quoi, and we ended up to fufu. I’d had fufu before in previous work experiences, but never had I had it on such an empty stomach and never had it tasted this good. Among all of the feelings I was feeling, eating was a centering and defining experience and an experience my coworkers and I would regularly share.

At 5h00 the morning after I’d arrived, I heard a sound which I’d later understand to be the rooster who lives next door. Apparently it was time to wake up. I had some Nescafe and some bread which I ate and my coworkers came by at 7 to take me to work. I suppose there’s no need to wait to start working. Work began slowly and continued in that manner for a couple weeks. I learned that things may not happen as quickly as I’d like, which was frustrating. After a couple weeks of searching and asking and researching, I found a solution to achieve a pretty stable internet connection, which definitely helped things along. In this was I was able to more fully take part in remote work activities helpful to the study inclusive of document translations, consent form development, and other technical assistance. Working through these logistical problems in Togo not only helped me be a more productive worker but also aided in my French-language communication skills.

By the end of the first month I was participating in meetings with some real competency and was carving out my portion of the work, defining my role. On a Sunday night I was feeling a bit sick, took my temperature, and realized I had a fever. I decided I’d take the day off, get some rest, take some Tylenol, and be ready to work on Tuesday: easy. Unfortunately, it wasn’t so easy. After I’d made the internal decision to take the day off I got a call from my coworker that we had an important meeting with FHI-360 that I couldn’t miss, so fever or no fever I needed to go in. The meeting was successful and we accomplished what we needed to, but my fever wasn’t so great. As it persisted I realized I needed to see a doctor to get some sort of diagnosis. After finding a doctor who spoke some English I was able to describe the variety of symptoms I was feeling, fatigue, fever, lack of appetite. Some blood was taken and I was given antibiotics.

After about a week I was able to consider working so I decided to open my computer, which over the course of the week had also fallen ill. I did some troubleshooting and the only clear solution was a hard drive replacement or installation of an external drive. As Lomé isn’t much of a technological hub, I made use of my Ghanaian visa and made a trip to Accra. While it was the first time I’d visited Ghana and the first time I’d crossed a border to get tech support, I needed to make a plan that would work and identified this as the fastest plan with the clearest path to success. Eventually it was all worked out, I got to visit some friends and speak some English, and I came back with a somewhat functional solution.

After my visit to Accra and after my appetite came back I found I was able to actually settle into life in Lomé. I was finally set up with an Internet connection, a working computer, and fairly consistently good health, which allowed me to focus on working and on building relationships with my coworkers. As the theme continued, things weren’t as fast as I’d liked. At this point, however, I came to see the different pace and the different speed of accomplishing things less as frustrating or annoying and more simply as different. Rather than pushing back or trying to force my own expectations of speed and efficiency, I was able to more effectively work within the context in which I’d been living, and learned to listen a little more.

Listening was the most effective and most important tool I developed in Lomé. While I gained technical expertise in logistics surrounding a cohort study launch, language experience in French, and experience in working with organizations like USAID and FHI-360, I truly learned to listen. Listening to my coworkers, participants, and to people who inherently know more about the context in which I worked than I did. This experience has continued to fuel my passion for public health while also equipping me with the ability to listen not only to superiors but also – and more importantly — to people who live in and inherently know the context in which I work.