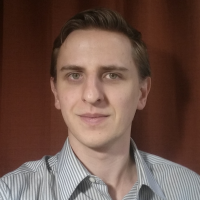 Before my field placement, I have never worked in a developing country, and have certainly never been to rural areas of developing countries, so I didn’t know what to expect when I arrived in Macha, Zambia. While I made many insights from my experiences there, the contrast between the lives of the local populations and international researchers that worked there, and the way that the laboratory where I worked functioned in such a remote setting, are the two that impacted me the most.

Even though the standard of living between Russia, where I’m from, and the USA, where I grew up, is quite different, when I first arrived in Macha, I was quite shocked to see how vast the living standard gap can really be. Many people around Macha hospital were subsistence farmers, and especially in drought conditions, obtaining and growing enough food was a persistent concern. Many people were unemployed or only partially employed, and didn’t get much from the Zambian government, beyond education and healthcare. I found it particularly fascinating how the worldview resulting from such living conditions contrasted with the worldview of international researchers, whose focus was on publications, grants, and strategic planning on a national and a worldwide scale. This conflict of interest was particularly apparent when I went out to rural health centers (RHCs) in the area, to check the accuracy of malaria record keeping. The healthcare at RHCs was provided by trained health technicians, and sometimes nurses, who have to work with numerous patients every day in a very resource limited environment. Understandably, the malaria case logging was and afterthought at most health centers, and was often assigned to assistants who frequently changed, and got paid very little for the work. So, while many local workers didn’t see logging as a very important task, for the researchers whose work dependent on the data, it was a vital. I was impressed that despite these differences, the foreign researchers and local health workers ultimately always managed to find a compromise.

The other thing that was particularly memorable for me was how well the lab functioned despite its remote location. Without a doubt, an important component of that was its collaboration with Johns Hopkins University and other Western institutions. However, serious resource constraints still persisted. For example, while the internet was available, it was extremely slow, and generally limited to 100 MB per user per day. When working in labs in the US, I took internet availability for granted, and only after working in these limited constraints, I started to realize how beneficial it is to be able to quickly look up any paper, download large files, or view instructional videos. Furthermore, after being used to viewing lab items such as gloves, pipette tips, and Petri dishes as disposable, I suddenly found that I had to be extra careful with how I work with these tools, to waste as little of them as possible. Despite these difficulties, I felt that the quality of the conducted research was just as great as in the American labs I have worked at.

My experience in Macha gave me a great appreciation for people that conduct research there, and scientists in developing countries in general. Rural Zambia was the most different environment that I have ever been in, and I realize that my fairly brief experience in the country only gave me a small glimpse of Zambian culture and society. However, it reaffirmed my interest in pursuing global public health, and made me more aware of the issues that might arise while working in developing countries.