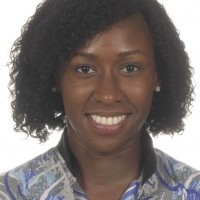 We will be working through St. Joseph Mercy Hospital in Georgetown, examining children in 5 orphanages in Georgetown (St. John Bosco, St Ann's, Hope House, Joshua House, Convalescent House). There should be ample oportunity to improve clinical skills and efficient management of illnessess in resource poor areas. There will be a site visit to Mahaica hospital for people with Hansens disease (a rare disease that offers a unique experience). We will be providing clinical care to Amerindian adults and children in the Pomeroon (region 2) of Guyana

Medicine has provided me with a set of skills that can be useful in various clinical settings.  I also consider myself fortunate to be part of an institution that promotes physicians working in international roles.  My visit to Guyana was as a result of these. Dr. Schneider, a pediatrics emergency medicine physician, who also happens to be a nun and an active member of the Sisters of Mercy missions, sets up the trip. She travels with a group of residents, nurses and local volunteers annually.

The goal of this trip is to care for children who do not have access to a physician. Some may live in a city right next to a thriving medical complex or they may live in remote areas and have no financial resources to travel. The trip met this goal and more as we cared for not just sick or poor children but for the elderly, pregnant women and even provided preventative care for healthy adults.

We were initially in the capital city of Georgetown where we examined children at 6 orphanages – some were gender based, others were age based and at least one was for HIV infected or disabled children. The government, Christian missions and NGO’s including the Red Cross provide funds for them. Our interventions varied but mostly involved treating/screening for common pediatric illnesses. We also spent an afternoon in Mahaica – a “Leper” colony –, which is a small commune outside of town where about 10 older patients reside. Despite an available cure for Hansen’s disease, these people have never left their social “exile” as they have nowhere to go.

Guyana is a thriving country full of surprises.  Some estimate that 90% of its land mass is beautiful, lush, untouched rain forest yet only 10% of the population (mostly Amerindians) reside on these lands. It is on the South American continent yet it is the only country that speaks English as its official language.  We got a taste of both worlds when we moved on to the “interior” lands after spending about a week in the city.

It is hard to summarize the trip to the “Interior”. After numerous car and boat rides lasting almost 6 hours, we eventually arrived at twilight to be greeted by our gracious hosts with a warm dinner and fresh coconuts. Over that week we travelled along the Pomeroon River visiting the remote villages of Wakapoa, Akawini, St. Monica etc.

While prepping for the trip, we had been advised to prepare mentally and physically for unforeseen circumstances. We were told that we might have to live without running water, constant electricity and sleep in hammocks.  All that happened at various points without any issues. What we could not have prepared for was the enormous need for physicians and the feeling of helplessness when all available medical options have been exhausted.  A few cases remain memorable. Mr. H. was brought to our residence with second and third degree burns from an overturned lamp. Under fading flashlights and while swatting flies from his debrided skin we cleaned and dressed his burns, provided analgesia, fluids and strict follow up instructions. The village nurse thanked us profusely, explaining that he would have had to travel by boat to a hospital over 2 hours away without our help. He probably would have been in severe pain and might have had infections, contractures or a debilitated arm. Another case was that of a man who had an infiltrative tumor in his eyes that led to vision loss. It was heartbreaking to inform him that even the most optimal medical care could not give him back his vision.

We saw other patients with various ailments ranging from upper respiratory infections to hyperthyroidism. Most of these could be managed with medications or instruments we brought along. For others, the Sisters of Mercy partially helped to provide travel funds to receive further care or surgeries in the city hospital. Most of them will be seen at the main city hospital for follow up.

Looking back, I remain impressed by how resourceful people can be when faced with difficult situations. I also have a better appreciation for people that know when to walk away from certain situations. As physicians, we are called to do no harm; sometimes that can mean doing nothing but taking a moment, sitting down and empathizing with others.