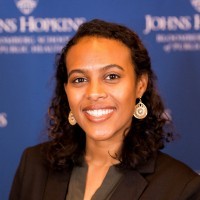 The role of VectorWorks in Tanzania is to support continuous and equitable access to insecticide-treated nets (ITNs), and to support the U.S. President's Malaria Initiative (PMI) and the Tanzania National Malaria Control Programmer in developing vector control interventions that are appropriate to the specific challenges in Tanzania. VectorWorks drafted a continuous ITN distribution strategy, replacing mass campaigns with distributions to targeted beneficiaries through schools and health facilities (VectorWorks Tanzania is currently assisting with a community-based distribution in Zanzibar). VectorWorks has provided technical assistance to the Tanzanian government to more accountably, inexpensively, and quickly distribute ITNs to targeted beneficiaries.

For my GHEFP practicum experience, I worked with the Johns Hopkins Center for Communication Programs (CCP) on their VectorWorks project in Dar es Salaam, Tanzania. My role was to support all parts of the program, with a particular focus on M&E.

During my first week in the office, I went with the team to Bagamoyo for a meeting with multiple stakeholders including VectorWorks, PMI, Ifakara Health Institute, and National Malaria Control Program. The objective of the meeting was to complete the Tanzania national ITN and MRC plans. Fortunately, I was able to work with a variety of people and assist in creating an M&E plan for both documents. This meeting was especially helpful for me because I was able to get a crash course on the vector control interventions in Tanzania and understand the issues from the perspectives of multiple stakeholders. I also attended the Roll Back Malaria Monitoring & Evaluation Working Group week-long meeting in Dar es Salaam. From this, I got an insider look at the M&E challenges that VectorWorks, Jhpiego, PMI, and the National Malaria Control Program face.

There were a few challenges to working in a different country. Some of the challenges include understanding the work schedule and navigating the language barrier. Field work was particularly difficult because of the language barrier, but was still a great experience. Another challenge is transportation. I used uber and bajajis often, since I felt that they were the most affordable options. One tip is to arrange transportation with a trusted driver before arriving, otherwise it can be overwhelming.

During my practicum, I was able to accompany the team in conducting fieldwork in both islands of Zanzibar, Unguja and Pemba. Visiting Pemba, often called the Green Island, was one of my favorite experiences because the island does not usually have many tourists. Overall, I really enjoyed my time in Tanzania and Zanzibar, both personally and professionally. My main recommendation to future GHEFP recipients is to make sure that you have your scope of work and deliverables set before arriving in country. It’s important that the in-country staff agree to it as well so everyone is on the same page.