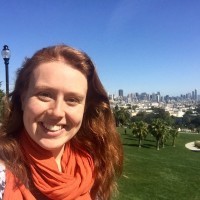 The 13 species of Moringa make up a small family of plants that is exceptionally rich in phytochemicals involved in detoxification. Moringa oleifera, the most widely cultivated species worldwide, flourishes in the dryland tropics. It is an extremely valuable, edible source of highly digestible and sustainable protein, in precisely the areas of the world where nutritional deficiencies and frank starvation are most rampant. People in the tropics worldwide use Moringa oleifera as a leaf vegetable to combat deficiencies of protein or vitamin A, to produce high quality seed oil, to treat diabetes, to help prevent cancer, to purify water, and as a natural antiobiotic effective against environmental enteropathies, among many other applications. However, this is all done with whatever plants are at hand. This material is then used in programs to improve the protein intake of small children, with no way of knowing whether the variants used are the best ones for the task. In humanitarian projects worldwide, Moringa variants with the highest yields of digestible protein are not used, for the simple reason that the scientific studies necessary to identify them and make them available have never been performed.

We recently obtained funding to rescue and consolidate Dr. Mark Olson's priceless collection of living Moringa germplasm at an ideal dry tropical site in Mexico. This World Moringa Collection, on the Pacific coast of Mexico, has gathered samples of Moringa oleifera from cultivated sources worldwide, as well as from some putatively wild populations and most of the other species of the genus.  The collection will provide the core source of material for our studies of Moringa properties of applied interest.  The scientific team includes scientists of the highest caliber in the USA, Mexico, and in Moringa oleifera's native range in Pakistan and India, and tropical agriculture experts in the Philippines, Kenya, and Hawaii.

The most well known species of Moringa, Moringa oleifera, has become popular in recent years due to its very high content of highly digestible leaf protein, its extremely rapid growth rate, and its resilience to repeated drought.  It is used throughout the tropics as a famine-food, but is underappreciated in much of the region where it grows best, as a sustainable source of vegetable protein that can improve and enhance local diets when incorporated into those diets.  We aim to encourage local residents who have been extraordinarily supportive of the World Moringa Collection and who are themselves very poor, to utilize M. oleifera in their regular diets.  We are evaluating leaf protein content and quality of a range of accessions of the species some wild and some cultivated.  Furthermore, as they become productive and generate enough biomass, plants of the other 11 species are being sampled for evaluation of their leaf protein quality, quantity and prolificacy (the rate of biomass production).

For my Global Health Established Field Placement, I ventured to the rural towns of Southwest Coastal Mexico, a region known as Costalegre, meaning “Happy Coast.” While there, I immersed myself in the community life of the town of Agua Caliente Nueva, with a population of around 750 people. I lived with a local family and spent time researching the plant, moringa oleifera, as well as conducting interviews for my own study looking at people’s beliefs about food, health, and culture, and how the relationships between these have changed over time.

When I first arrived in Mexico I had no idea what to expect. After a few days by myself in a larger city, I met my main contact and we drove three hours to the field site where I would be for the next six months. When we got there, I was overwhelmed. The place and the people all felt foreign and I had a great deal of insecurity around my own abilities to do the project and communicate with people in Spanish. To my untrained eye, the town felt tiny and I thought I would never find my place there. However, over time, little by little, connection by connection, what I learned is that in places so small, the real magic does not come from what meets the eye. It’s all hidden behind closed doors. It is the relationships you have with community members as you get to know them that make the whole place what it is. I realized just how large the town actually was and that there are many things to learn and people to talk to at any given moment. In a place like that, where everything is built on human interaction, there is, honestly, no excuse for boredom. Though, I will say, that it definitely helped that I was living with a local family who could introduce me to their friends, show me places in the community, and take me to various events. My immersion was accelerated due to their help and for that I am quite grateful.

One of the most unique memories I have is from a Saturday night when I went out with some local friends to a small club and there was a drag show. I was shocked! Most of my experiences there had taught me that the culture and the people were fairly conservative. Traditional gender roles are observed and most men have stereotyped “macho” views. While there are some gay people who are more or less accepted, no one really wants someone gay in their family and gay people still tend to be the butt of jokes. Seeing a drag show in rural, conservative Mexico taught me that you really never fully know a place or a people and there are always exceptions. People loved the show and were totally into it, and, all in all, it was definitely not something I figured would ever happen there.

In terms of the work I was doing, I was actually very thankful to have a project that involved local interviews. While it was nerve-wracking at first because I had never done interviews with anyone before, let alone in another language, it also made me feel more connected to the community and helped me learn about many different aspects of the culture.

Some of the things I learned through integrating into the community and the interviews is that people in Mexico are much more connected to nature and have learned to go with the flow of life much more than we do in the United States. They take changes and challenges in stride, which, I think, helps their mental health. At the same time, modernization has been both good and bad. It has brought much greater access to health care and medicines, while, at the same time, has caused an influx of soda and processed food that are creating massive problems with diabetes and obesity.

Overall, I had a fabulous time at my field placement and learned a great deal about a different culture, gained skills, and grew immensely on a personal level. I wouldn’t trade my experience there for anything.