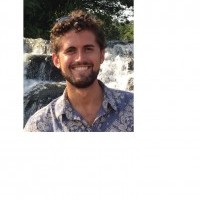 Jhpiego in Guinea is working through several projects to strengthen maternal, newborn and child health and family planning in facilities and in communities through a range of interventions to improve capacity, quality and access.  Interventions include classroom based and on-site training for capacity building, supportive supervision, quality improvement using the SBM-R methodology, strengthening M&E capacity, mHealth initiatives, strengthening pre-service education, particularly midwifery, and infection prevention and control in healthcare facilities. Technical interventions include a focus on integration of several key RMNCH services: long-acting and reversible contraception to expand the method mix and link postpartum and postabortion services with FP, IMNCI, EmONC, Gender-based violence prevention and detection, community based health service delivery, and malaria prevention and treatment.

In late 2014 the Ebola epidemic had reached its height in West Africa. Committed to contributing in some way to addressing this crisis, I wrote my undergraduate senior thesis on the governance role of the World Health Organization in coordinating the international response. My research exposed me to the horrific devastation inflicted on the people and health systems of Guinea, Liberia, and Sierra Leone. Seeing the posting for a Global Health Established Field Placement with Jhpiego on strengthening health systems in Guinea post-Ebola felt like a personal call to action.

Guinea is a beautiful country, filled with contradictions. Despite its vast wealth of natural resources (including gold, diamonds, and the largest reserves of bauxite and untapped iron ore in the world)*, its people continue to suffer from tremendous poverty. My taxi rides around town often evolved into insightful discussions on the concerns and needs of locals. Some of these points supplemented the obvious problems I became aware of while in the capital, including poorly or un-paved roads throughout downtown, deficient trash management, and insufficient sanitation.

Infrastructure at large seems to be a fundamental development challenge in Guinea, especially in the health sector, with some regional facilities lacking regular access to electricity and running water. Though truly inspiring to see dedicated nurses and doctors providing care in this context, these deficiencies challenged the infection prevention and control (IPC) efforts I supported through the Maternal and Child Survival Program’s (MCSP) Restoration of Health Services and Health System Strengthening projects, sponsored by USAID and implemented by Jhpiego. The IPC evaluations and coaching sessions I assisted with in health facilities revealed that in some cases doctors and nurses lack IPC skills that conform to national standards, such as those on hand washing protocol and proper glove use. An explanation given for this was that the IPC curriculum at medical schools in the past had only been theoretical and not practical. Despite the many training sessions MCSP has offered during and post-Ebola to address this, some older doctors proved reluctant to take part, especially when younger doctors led trainings. Age is one of the ultimate determinants of authority and respectability in Guinea, something I learned quickly. Aware of this custom, as a young, foreign, master’s student, I sometimes felt uncomfortable when I had to correct older physicians on their IPC practices. This taught me how to walk a fine line between promoting public health protocol and respecting cultural values.

Another takeaway from this experience was the need to reassess relationships among development partners. Although great work is being done, from my experience and discussions with people in the field, there appears to be room for improvement in the communication and coordination between bi-lateral aid organizations, host governments, and implementation partners. Despite the goals of these three entities most often aligning, slight differences in perspectives of how they are best achieved can interfere with progress. Another conundrum I have struggled with is the role of the private sector in health system development. The mining industry seemed to have contributed considerably to healthcare during Ebola, though mostly targeting its own employees. In a country like Guinea, attracting foreign business investment may have eventual advantage for the economy and job market, but an ethical dilemma arises when these foreign-run companies export their profits without the Guinean people benefiting directly from their own natural resource wealth. As I enter my career in global health, I hope to help address these various development issues that became apparent to me during my field placement.