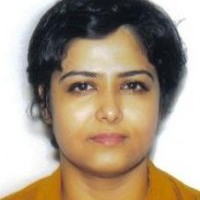 Understanding the role of environment in outbreaks and transmission of Enterotoxigenic E. coli

Diarrhea kills 2,195 children every day—more than AIDS, malaria, and measles combined. ETEC is a major cause of most of the diarrheal morbidity and mortality in children <5 years in the world and the most common cause of traveler’s diarrhea. It is generally understood that ETEC disease is often the result of ingestion of contaminated food and water but yet there is no studies to understand the role of environment in ETEC transmission and epidemics. In Bangladesh, the incidence of ETEC infection follows a typical seasonal pattern, the reason for which is still elusive.

Here we propose to carry out this study aimed in associating environmental dynamics of ETEC and the epidemiology of ETEC to specific aquatic parameters.  In doing so, our understanding of the transmission of ETEC between environment and human and the occurrence of epidemics will become much clearer. Our hypothesis is that ETEC epidemiology is influenced by a function of complex changes in the aquatic environment.  These factors contribute to initiate local outbreaks and epidemics via fecal contamination of water and subsequent environment to human transmission. We will conduct epidemiological and ecological surveillance in Chhatak (north) and Mathbaria (south) in Bangladesh. We will enumerate the associations of aquatic parameters with the seasonal epidemiology of ETEC. We will investigate transmission of ETEC by characterizing the genetic relations between clinical and environmental isolates.