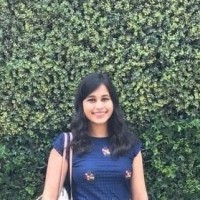 India accounts for a disproportionately high fraction of the global pneumococcal disease burden compared with its population size, mostly due to subnational regions of very high rates of disease compared with other states in the country and other countries in the world.

The Indian Network for Streptococcus pneumoniae and PCV Impact Research (INSPIRE) Project is a partnership led by the Johns Hopkins Bloomberg School of Public Health International Vaccine Access Center (IVAC), in collaboration with the International Clinical Epidemiology Network (INCLEN) and is designed to evaluate the impact of PCV introduction in the Indian Universal Immunization Program (UIP).

The primary aim is to determine the impact of PCV by comparing serotype patterns before and after PCV introduction among young children with invasive pneumococcal disease; changes in nasopharyngeal colonization patterns among children 1-35 months hospitalized with pneumonia, and among healthy community children aged 1-59 months. This study will establish and maintain a surveillance network to measure the impact of routine infant vaccination with PCV on serotypes causing invasive pneumococcal disease among young children under 3 years of age in India. The study is taking place at 7 hospital sites and 2 community sites in northern India. Data generated from INSPIRE will provide evidence to policy makers on changes in pneumococcal disease burden in young children, pneumococcal community transmission changes as a result of PCV introduction, that can help policy makers support, optimize, and advocate for the expansion of the PCV immunization program in India and in other countries.